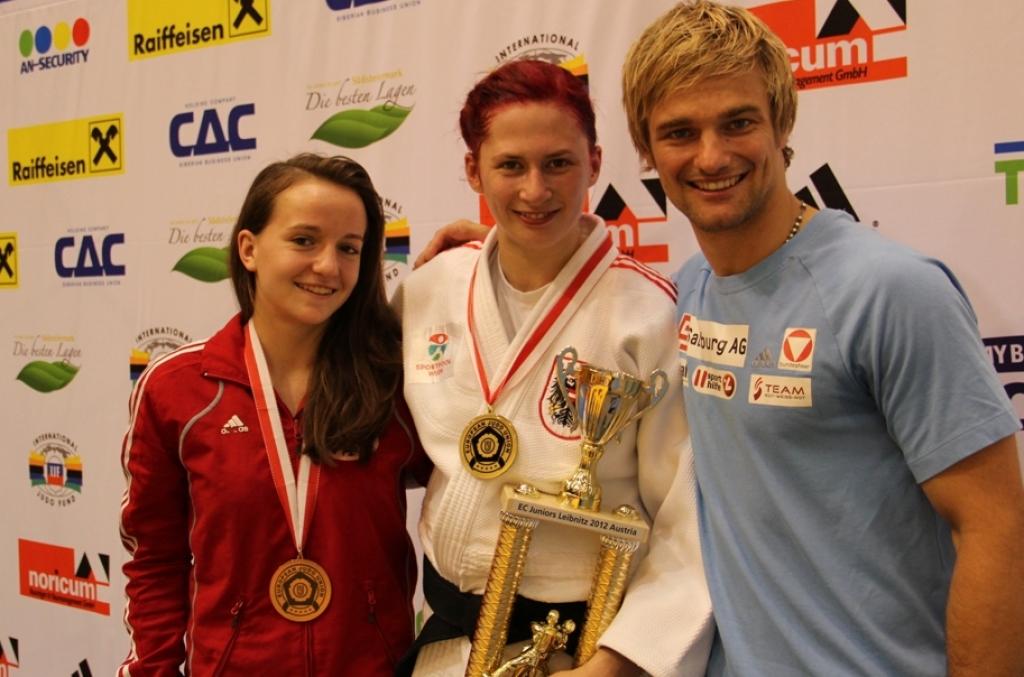 For the fifth time the hall in Leibnitz was the podium for the HIKU European Cup Judo for Juniors U20. Were in the last year, Austria’s young prospects, Kathrin Unterwurzacher, Bernadette Graf, Daniel Allerstorfer and Tina Zeltner started in Leibnitz, now other hopes of Austria wanted to test themselves in an international event and gain valuable experience.

553 Participants from 28 nations – including 70 young Austrian talents were present and a guarantee for a great competition.
After two days of fighting Russia was the winner with four gold medals, three young men and one girl. In total Russia won 11 medals followed by France taking 8 medals but the British team because of the two gold
medals.

Excepted for the men’s U55kg all finals were between different nations. U55kg Azerbaijan won both gold and silver. Russia won the U60, U73 and plus category in the men’s division. On Saturday Irina Dolgova started with a gold medal U44kg against Reka Pupp (HUN). It is an interesting tour the youngsters are doing with the same talents coming up each European Cup.

Dutch Laura Prince was responsible for the only Dutch gold medal, but the Dutch gained 4 medals in total, 3 for the young women. Also Italy won four medals, gold for Davide Faraldo (U66kg).

Hungary was close for gold by reka Pupp U44kg but Krisztian Toth took the gold U90kg. His first in this category.

Host Austria won gold U63kg by Magdalena Krssakova. The final against the French Linsay Tsan Sam Moi. In an exciting battle, Krssakova defeated the French with a skillful technique. The bronze medal for Nicole Kaiser (U48kg) brought the total to 2 medals for the host at this very strong event.

Leibnitz was the tenth in a series of 14 events for juniors, until August as warm-up and qualification for the European Junior Championship later in September in Porec (CRO).