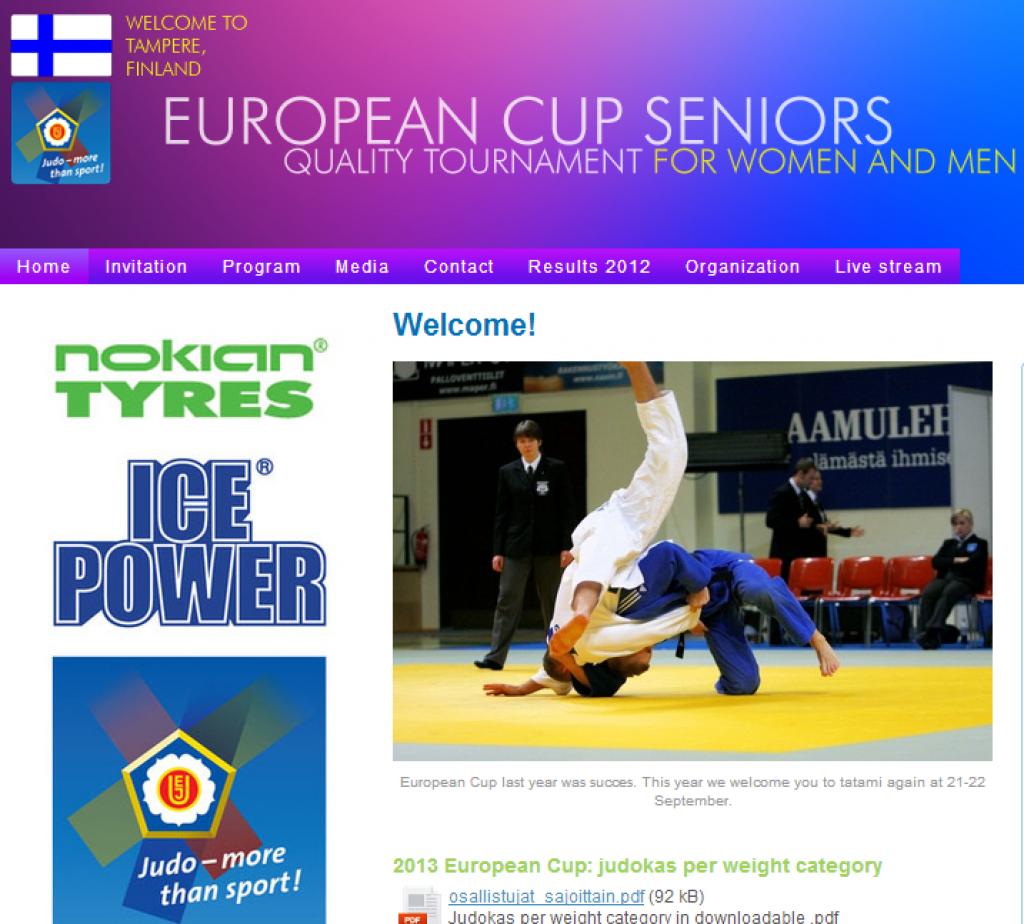 Last year over 200 judokas visited this tournament. The feedback was so encouraging that the tournament in 2013 moved to a bigger venue, the Tampere-Areena. This edition three tatamis will host the fights and there is a larger area for the warm-up. The hotel for competitors is situated right in the city center. Last year Russia won three gold medals, Poland, The Netherlands, Estonia and Belgium won two gold medals. Five athletes were fighting at the recent World Championships in Rio de Janeiro. Follow the live feed here: http://media.mediaserver.fi/europeancuptampere Find more information in the official website: http://www.europeancuptampere.net/