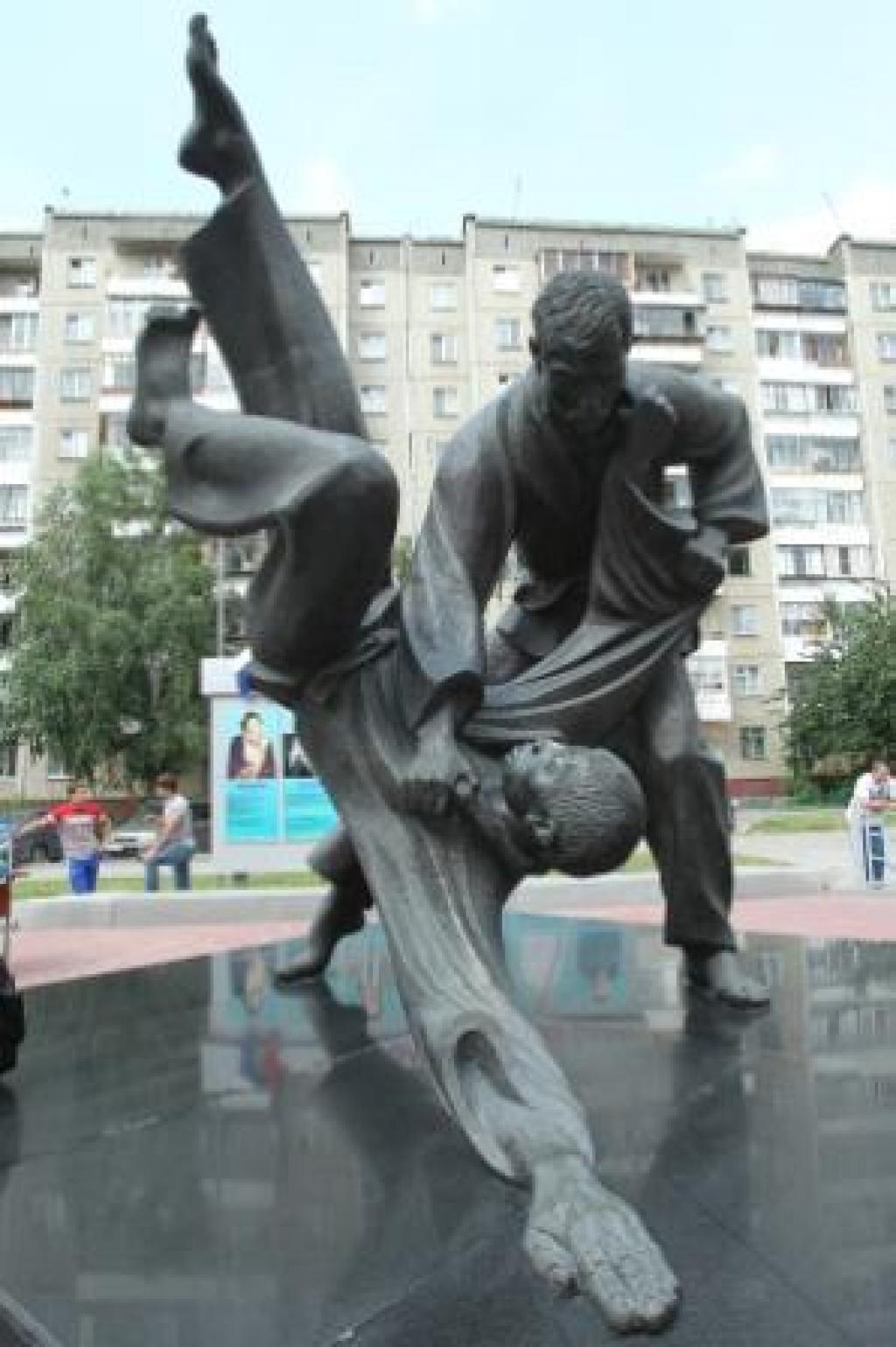 In Chelyabinsk (Russia) a flag of the European Union judo was raised. In April 2012 the European Championship will take place here.

The flag of the European Union was raised at the building of the Center of Olympic Judo Training in Chelyabinsk.

The ceremony officially signified the start of the road towards the future championship in Chelyabinsk. The European championship will start on April 26, 2012, and there are fewer than 300 days until that date now.

On the day before the European Judo Union representatives arrived in Chelyabinsk – Director Pavel Yasenovsky, the member of the marketing committee Alexander Nagibin and the President’s Assistant Ivan Molev — in order to discuss the issues of holding a European Championship. In the capital of the Southern Urals the sports officials held consultations with the organizing committee on the preparations for the championship, looked at the place for the future competitions – the Ice rink “Tractor”, which would be able to seat more than 5 thousand fans, as well as visited the hotels where the sportsmen and the judges would be staying. The sportsmen from 50 countries, included in the European Judo Union. The Southern Urals will have to meet and house many guests. Pavel Yasenovsky stressed that the Championship in Chelyabinsk is the last decisive tournament before the Olympic Games;
“This is the last chance for the sportsmen to reach the Olympic qualification, and everyone will come to Chelyabinsk to get the points and the medals. The representative level will be very high. The most complicated task is to hold a Championship just before the Olympic Games”. The European Union representatives were satisfied with the way Chelyabinsk was preparing for the championship. They noted the developed city infrastructure. Pavel Yasenovsky noted that he would visit Chelyabinsk many more times to work in complete contact with the event organizers. “We are all maximalists. I am truly happy that the European Championship will be held in Russia, – stressed Pavel Yasenovsky. – Chelyabinsk is the center not only of Russian and post-Soviet Judo space, but it’s the center of the world Judo. The Chelyabinsk school graduates are world and European champions, the Olympic Games prize winners. The interest to this sport in the city is very high, and there will be a lot of people in the seats. It’s still 10 months left till the Championship, and I am absolutely certain, that through our joint efforts we will perform it at the highest organizational level”.

The active athletes and sports veterans, children sports schools students and future competition organizers took part in the event of raising the European Union flag. Vadim Evdokimov, the Chelyabinsk Region Deputy Governor, greeted the participants and the guests of the event. He stressed that the symbolic flag raising is the beginning of the big and complex preparation work for this important event, “Chelyabinsk is proud that our city was chosen as the place to hold The European Judo Championship 2012. Since the times of the Soviet Union the country has not had the competitions of this level. Of course, it’s a big responsibility. Therefore, let me on the part of the city thank the European Judo Union and the Russian Judo Federation for the fact that Chelyabinsk will become the center of international competitions. I hope that this will be a colorful and memorable event, and the whole city will take part in it.».

For the first time during the ceremony the public was presented with the official mascot of the future championship – a tiger Zhorik. The Chelyabinsk Region residents chose it themselves during their voting. The symbol of the European Championship in 2012 was already approved by the European Judo Union. Both Chelyabinsk residents and the Union leadership were conquered by a not-so-simple story of the real Zhorik tiger, who was saved from death by Chelyabinsk residents. And Zhorik himself showed patience and courage, and a real fighter’s spirit in order to survive, get well and be strong. At the present moment he lives in a special Amur tiger nursery in the conditions very close to nature, in the Far East of Russia. As Pavel Yasenovsky noted, this mascot should definitely bring fortune to every athlete – the championship participant.

You can find more photos in our photo gallery: