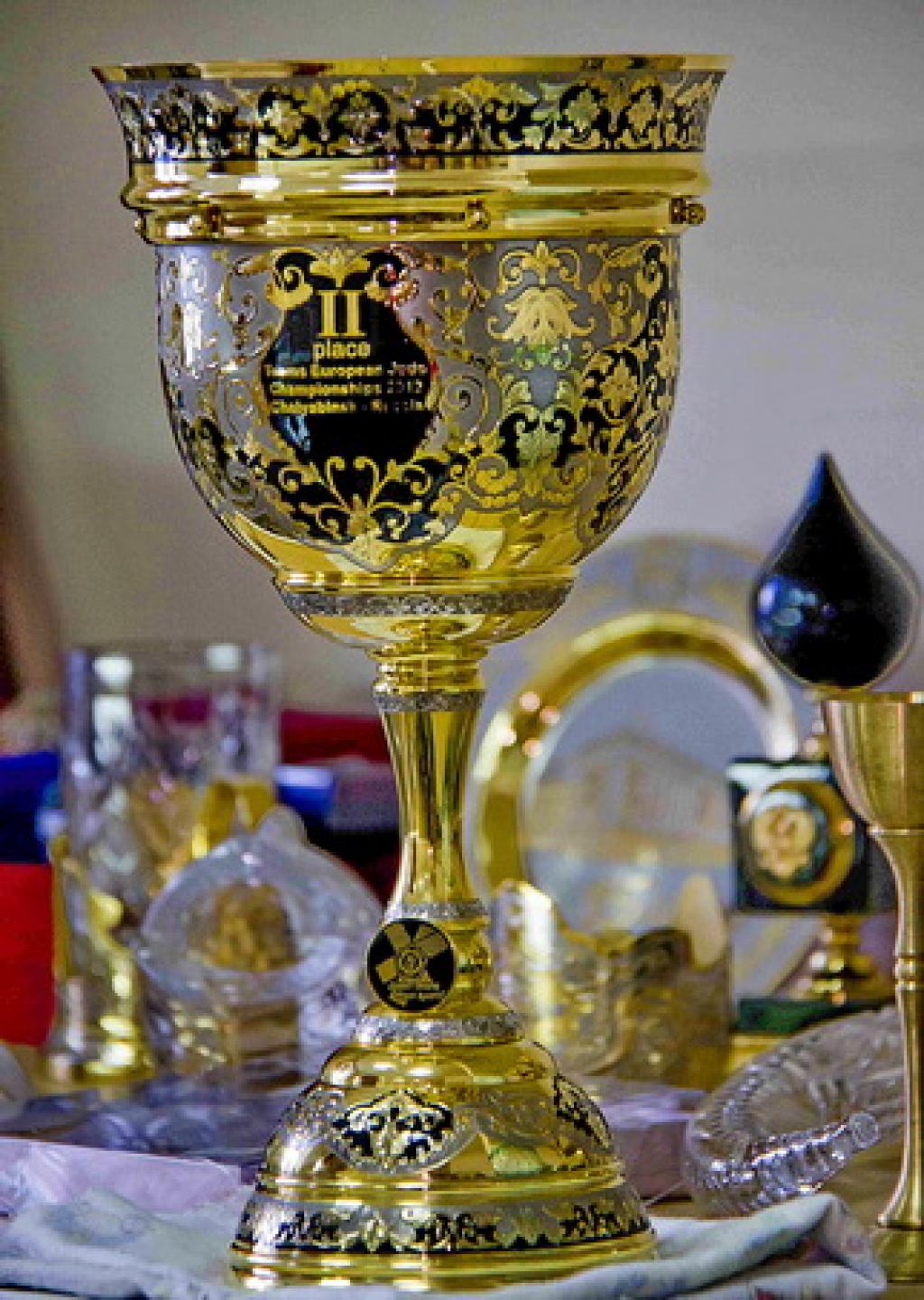 The winners and medalists of the 2012 European Judo Championship in Chelyabinsk will get unique golden cups made in tradition of Zlatoust engraving craftsmen – by the end of March 26 cups will be ready to become an award for the champions.

The responsible task is given to Zlatoust Arms Company. “We’ve begun to make cups in December 2011. Artists have developed several models according to the European Judo Union requirements. More than a month we discussed every detail and decorations. In the end we decided to make cups in the tradition of Zlatoust engraving. On the one side there is the logo of the upcoming tournament, and on the other – a specified designation, the place of the athlete and the logo of the European Judo Union,” the chief artist of the Arms Company Tatiana Kislitsina said.
Cups will be made for winners in four categories: for the first-place in the individual competition, as well as the first, second and third places in the team competition. They differ in height, size, shape and pattern. All parts are made manually.

“Every job begins with a sketch in a studio. After this, draft goes to the lathe. Then we send the details to the craftsmen. Artist’s paint every cup by the brush and engrave it by a needle. Then a flat pattern engraved in order to achieve volume. One of the final stages – gilding. Finally, the product comes into the assembly, where comes a ready cup,“ the head of production Vladislav Tamozhnikov said.

According to the craftsmen, the work of this level they do for the first time, so they are worried and hope that athletes will appreciate their efforts. Cups should be ready by the end of March, they will be brought in Chelyabinsk being before the start of the competitions. The European Judo Championship will be held in the Ice Arena “Tractor” on April 26-29, 2012.

Watch all photos of these fantastic cups here: