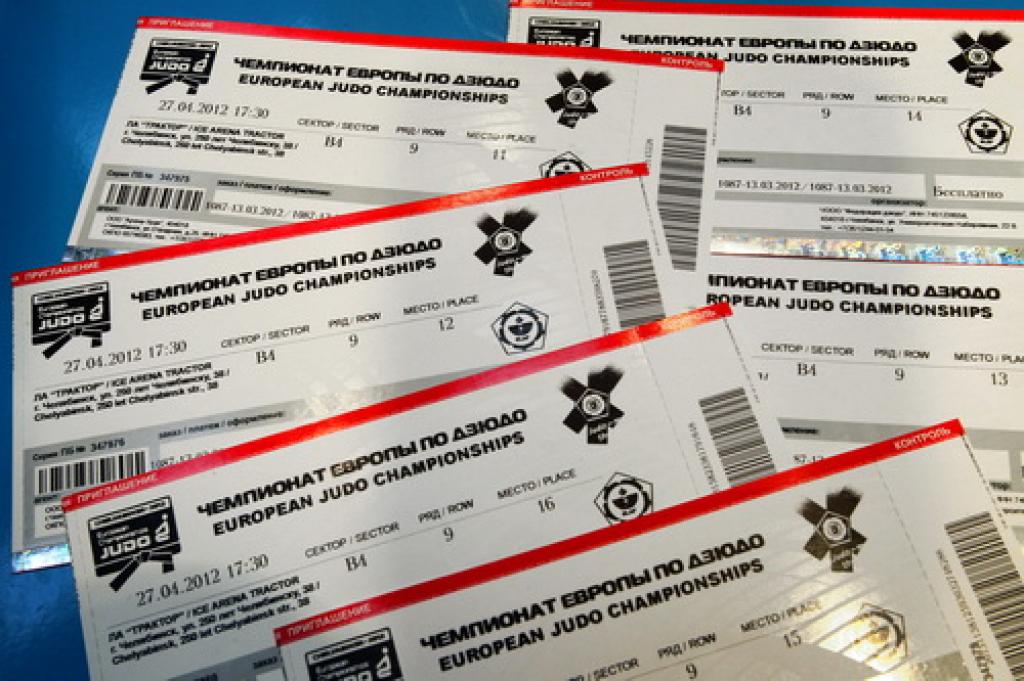 The sale of tickets for the 2012 European judo Championship in Chelyabinsk has started with a great holiday in the “Rodnik” shopping mall.

“We have started a public sale of tickets for the ice arena ‘Tractor’. Russian people will be able to buy it in ‘Euroset’ salons. We organized a sporting event in honor to this. We want to attract people to the championship, to make the slogan ‘Judo is among us” really work. Chelyabinsk citizens will come to support their countrymen and Russian national team at the European Championship in April,” vice President of Judo Federation in Chelyabinsk region Denis Lapotyshkin said.

Sporting event in “Rodnik” attracted the attention of visitors. They gladly took pictures with the Tiger Zhorik – the official mascot of the Euro 2012 judo – and participated in contests and raffle of tickets for the opening and closing ceremonies of the championship.

“It’s just super! Everybody will be jealous to me. My family members are involved in judo, and I have an active lifestyle too. When I was young I skated professionally. It’s great that the championship will be held in Chelyabinsk. I will go cheering our athletes with my son,” first winner of two tickets for the Euro-2012 Ludmila Amenchenko said.

During the holiday volunteers in kimonos made gifts to everyone with the symbols of the championship: information leaflets, balloons and coupons to participate in the raffle. By the end of the event 20 tickets were raffled.

Young judokas from Olympic Training Center and school named after Grigory Verichev made several performances on the mat.
Minister of Sport Jurij Serebrennikov visited the holiday. He expressed the confidence in the highest level of the European Championship that will be held. “It’s just month left before the championship. The preparations are almost completed. We would be able to conduct the competition right now. I have no doubts in organization and our athletes. I hope the guys will get gold medals and get to the Olympics,” the Minister said.

The 2012 European judo championship will take place on April 26-29 at the Ice Arena “Tractor”. The event will be held on the eve of the Summer Olympic Games in London.

Watch all preparations of the Organisation here:
http://bit.ly/xTE6jg