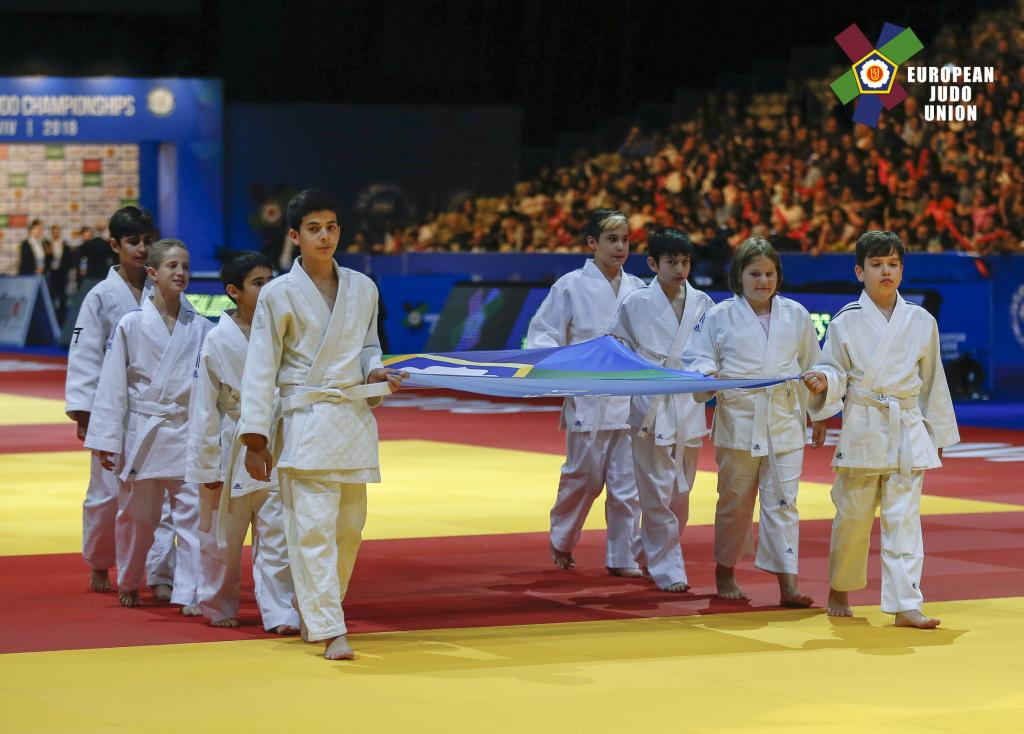 We are delighted to announce that the 2019 European Judo Championships will be hosted in Minsk, Belarusia, as part of the 2019 European Games. Following protocol, the official flag handover ceremony was conducted on Saturday, the 28 April 2018. The President of the Belarusian Judo Federation, Mr. Pavel YASENOVSKY expressed his thoughts after the official ceremony;

“Yes, it was a historic moment! It was very exciting and honorable to take the flag from President of the European Judo Union, Mr. Sergei Soloveychik. These emotions, perhaps, might be compared only with the moment when you stand on the highest step of the pedestal to the sound of the hymn of your country. At this moment you are overcome with emotions of excitement and joy, pride and gratitude to everyone who was involved to this victory, to this triumphal moment.”

Mr Yasenovsky continued: “Belarus will host the European Championship for the first time. This is a huge pride and honor for the country, for the Belarusian Judo Federation. Of course, the preparation has already begun and is well under way. A huge and absolutely professional team is now included in the preparation of the championship. Now this is one of the highest priority and key tasks for the Federation, for the National Olympic Committee and the Ministry of Sports of the Republic.
And we will do our best to host the championship with dignity, at the highest level!”