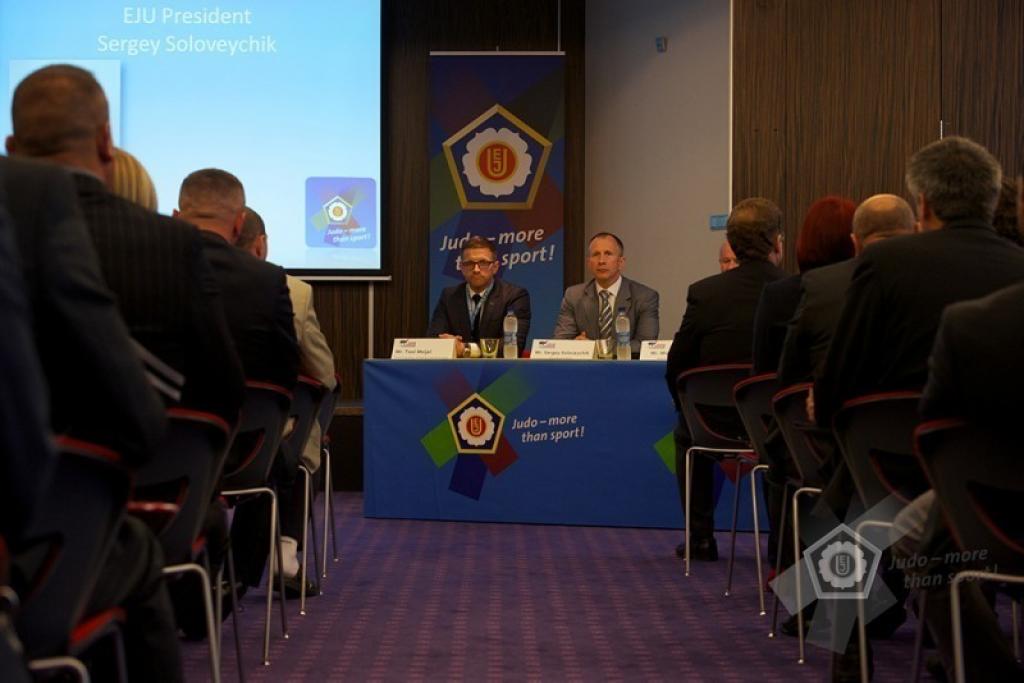 The 2013 European Championships for Cadets kicked off with the draw Thursday evening in Tallinn, Estonia. 438 young athletes from 40 countries have been entered for the Championships. They are competing for a total of 64 medals.

EJU President Sergey Soloveychik, EJU Vice President Michal Vachun and Toni Meijel General Secretary of the hosting Estonian Judo Federation welcomed the participants. “We are one team – athletes, coaches, EJU officials. We are preparing the champions for the future”, Soloveychik pointed out.

Mikhail Igolnikov can be the first winner of three consecutive European Cadet titles. He is competing U81kg.

The competition starts Friday at 10.00 am at the Saku Suurhall in Tallinn.

Watch the pictures of the draw and download it.