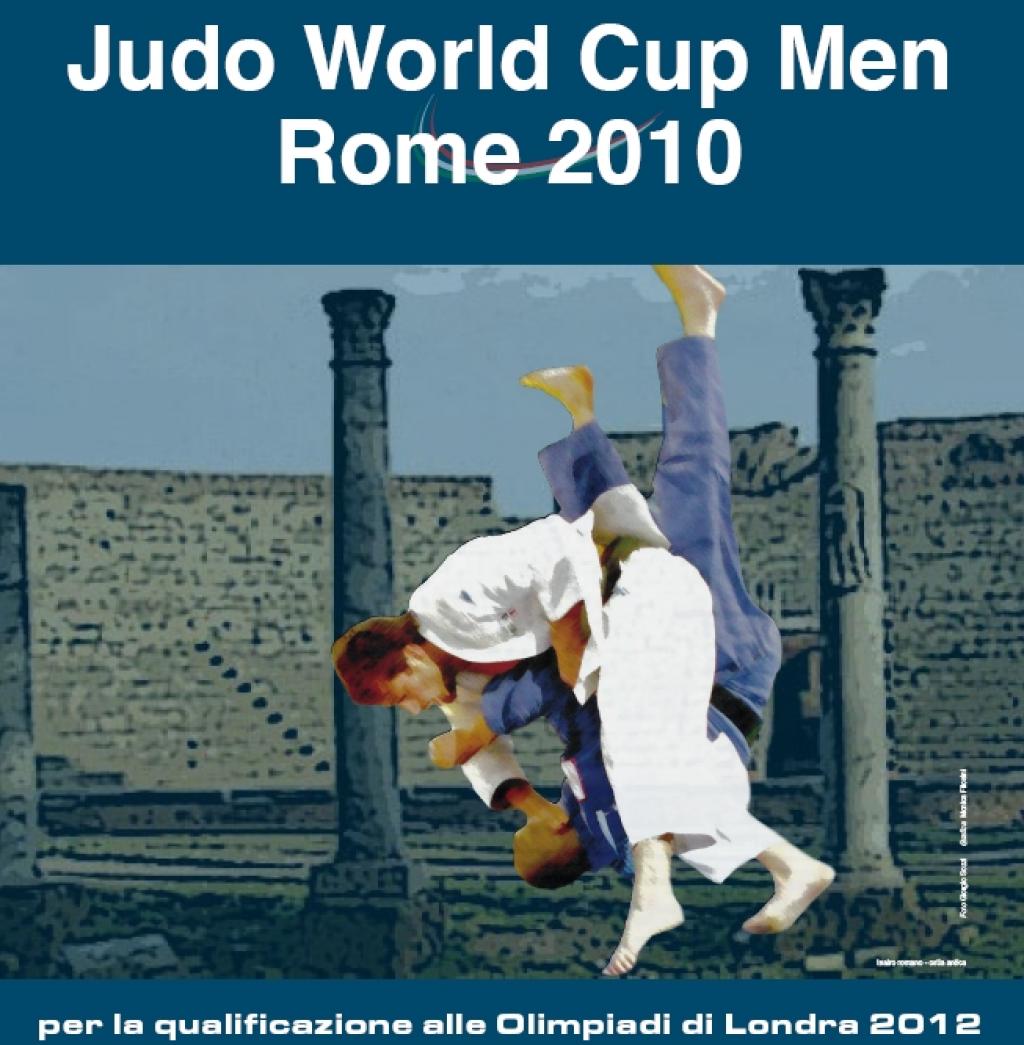 This weekend the PalaFIJLKAM sports arena in Ostia will once again be hosting a major sporting event, the “Men’s Judo World Cup Rome 2010”. This is an ideal opportunity to welcome back the general public after the completed renovation of the federation’s sports facility. The judo competition is also valid for Olympic qualifying for London 2012.
World Cup competitions indeed are included among the events going to determine the IJF Ranking List, indicating with an order of merit the names that will be entitled to participate in the Olympics.

The World Cup in Rome marks the city’s return to the international calendar, after a hiatus in 2009, while in 2008 a women’s World Cup event was staged.

We have to go back quite a bit further in time to recall the origins of the City of Rome Tournament, an international event that replaced the Memorial Ceracchini in 1992, with the staging of the first edition. Back then about 200 judoists from 22 nations took part (124 Men, 77 Female).
Numerous world champions performed at the palazzo dello sport in the EUR district of Rome, and Italian judoists included Girolamo Giovinazzo, Diego Brambilla, Massimo Sulli, Giorgio Vismara, Giovanna Tortora, Emanuela Pierantozzi, to name just a few.
Almost 300 athletes from 45 nations will be fighting at the PalaFIJLKAM of Ostia on 2-3 October on three tatami. On this occasion only men’s categories will be involved (on the same dates the women will be competing in the World Cup in Birmingham). Some of the protagonists of the Tokyo world championships that ended on 13 September will not be taking part, in particular those occupying the top places of the IJF Ranking List, but this does not mean there will be no “great champions” of world judo on view. One name in particular due to take part in the World Cup in Rome stands out: Tadahiro Nomura. The 35-year-old Japanese judoka is the only person to have won three Olympic gold medals (60 kg), at Atlanta 1996, Sydney 2000 and Athens 2004. There is no doubt about the exceptional interest shown in the Rome World Cup event, despite the World Championships in Tokyo ending just three weeks ago.