70TH ORDINARY CONGRESS OF THE EJU 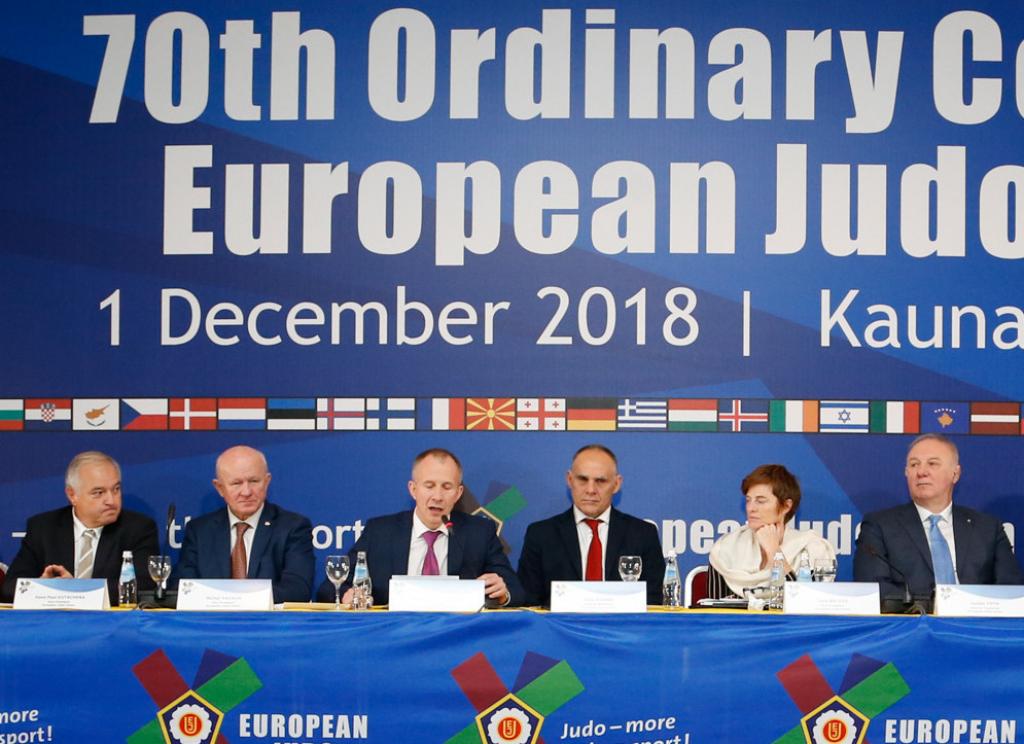 At the beginning of the Congress a minute of silence was pronounced in memory of EJU Honorary Member Mr Mieczysław Bigoszewski who passed away in September this year. The participants and guests stood up to commemorate their colleague and friend, a devoted promoter of the Judo values & benefits for young people in Poland and Europe.

Mr Soloveychik congratulated everyone with the 70th Anniversary of European Judo:

“It all started in London when three national federations and one observing federation decided to form the governing continental Union and established the first Constitution of EJU. Today we are 51 federations united by EJU Statute and in our wish to remain the leading judo continent, to develop judo for all ages all over Europe in accordance with the IJF Statutes and Olympic Charter.” 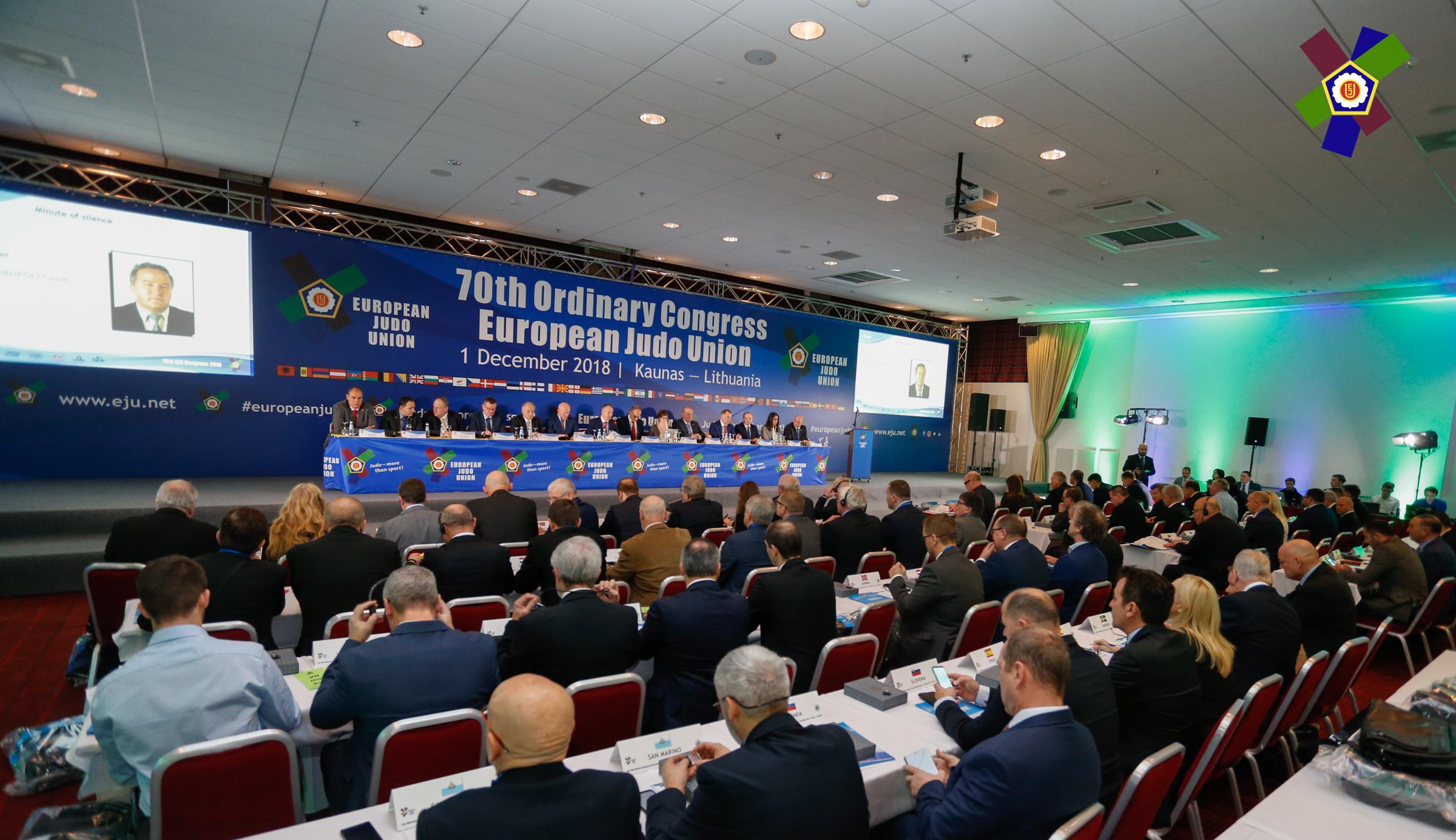 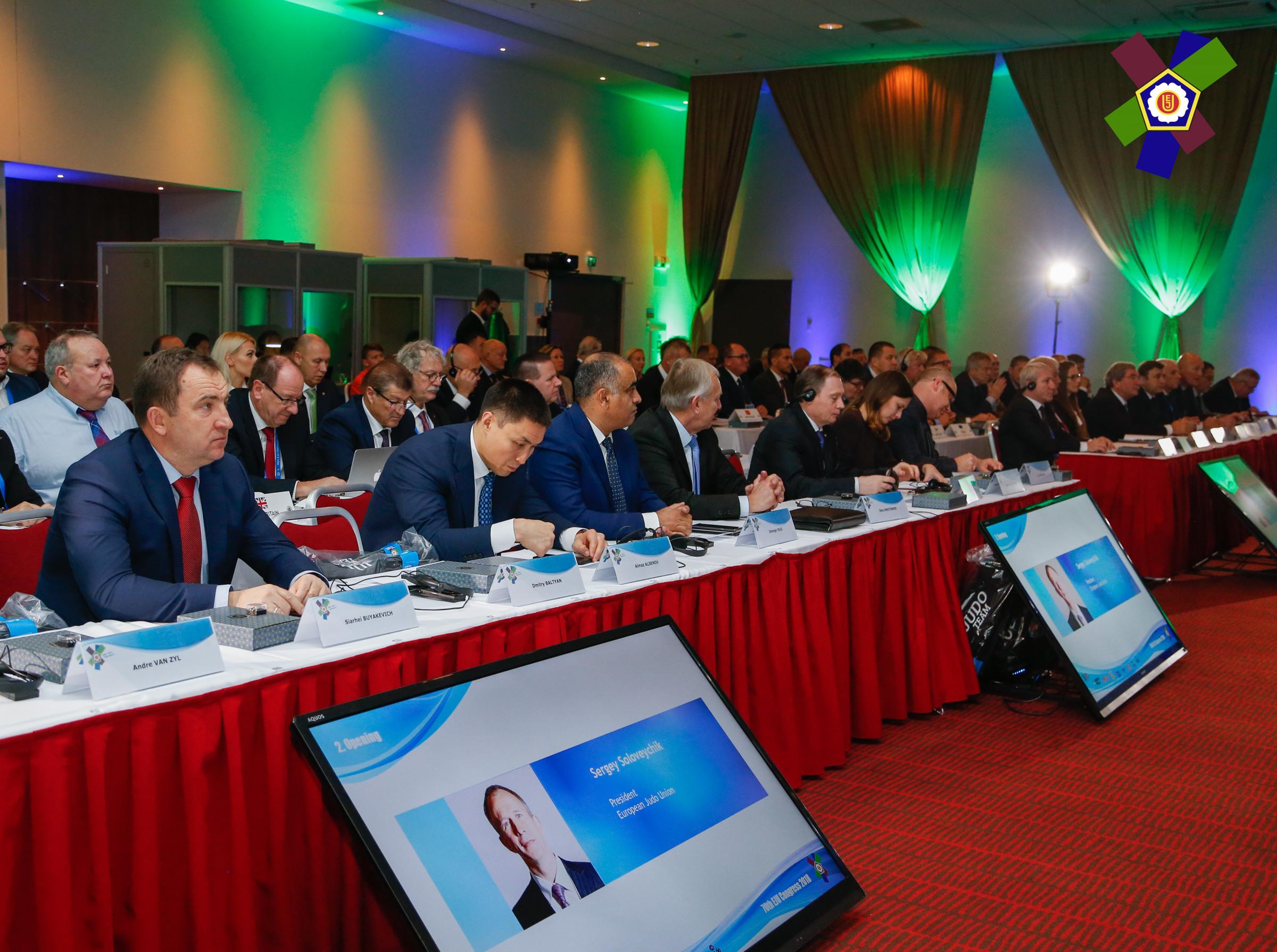 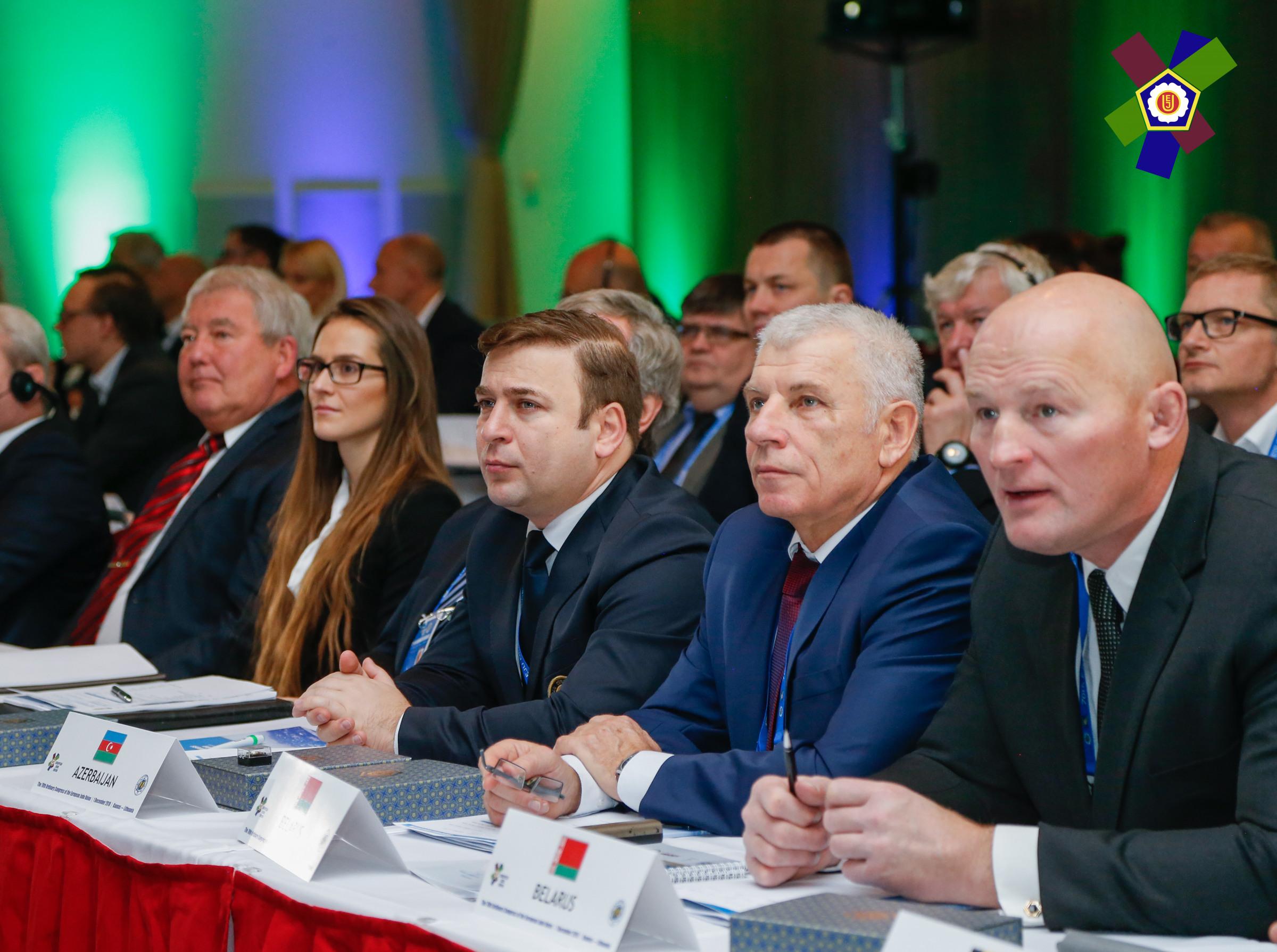 The special gratitude was expressed to the IJF and its President Mr Marius Vizer for the successful partnership with the EJU.

He thanked also his team – the EJU EC members, their assistants, offices and all commissioners for the dedicated work and a great cooperation for the benefits of European judo federations. 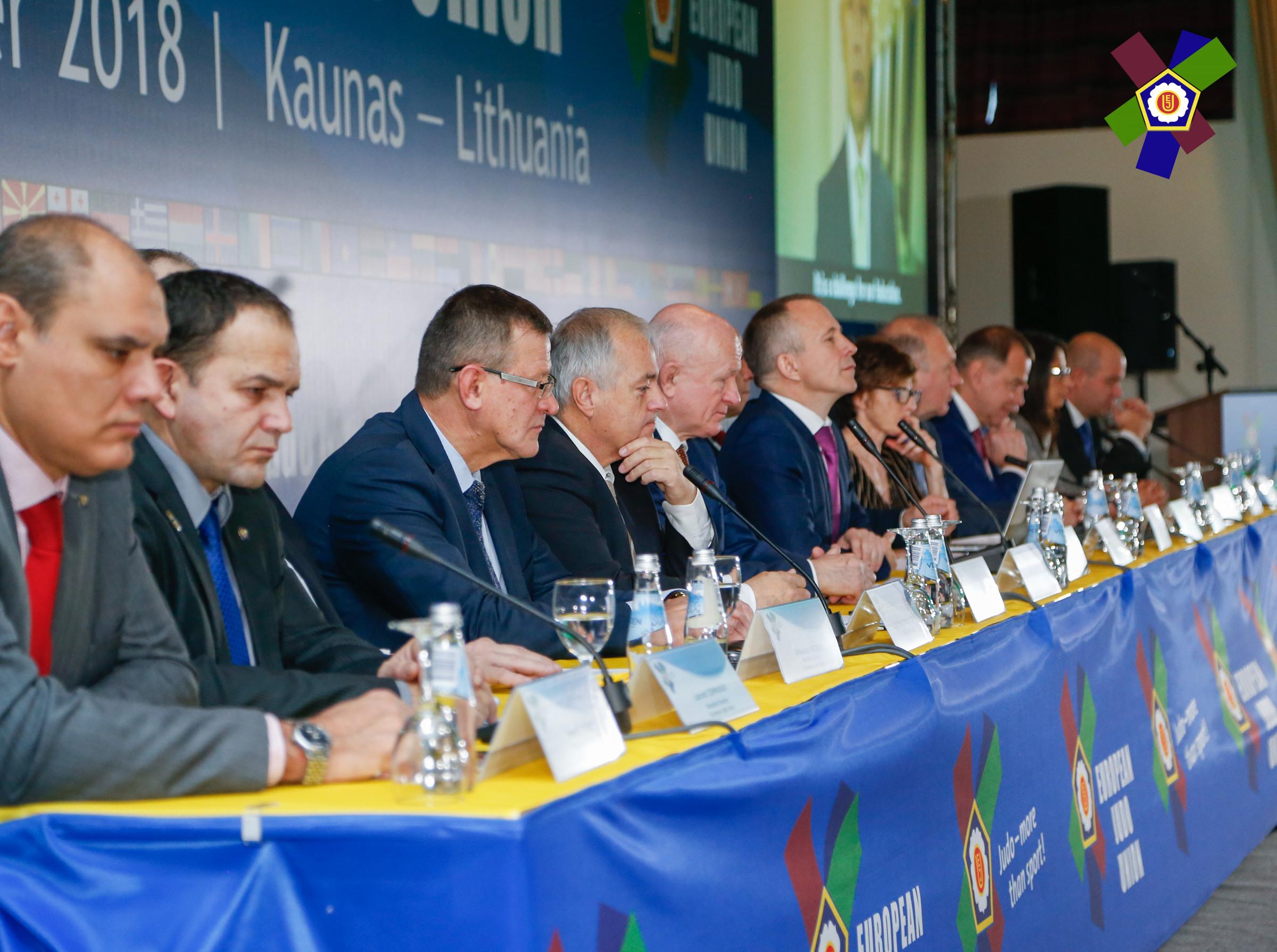 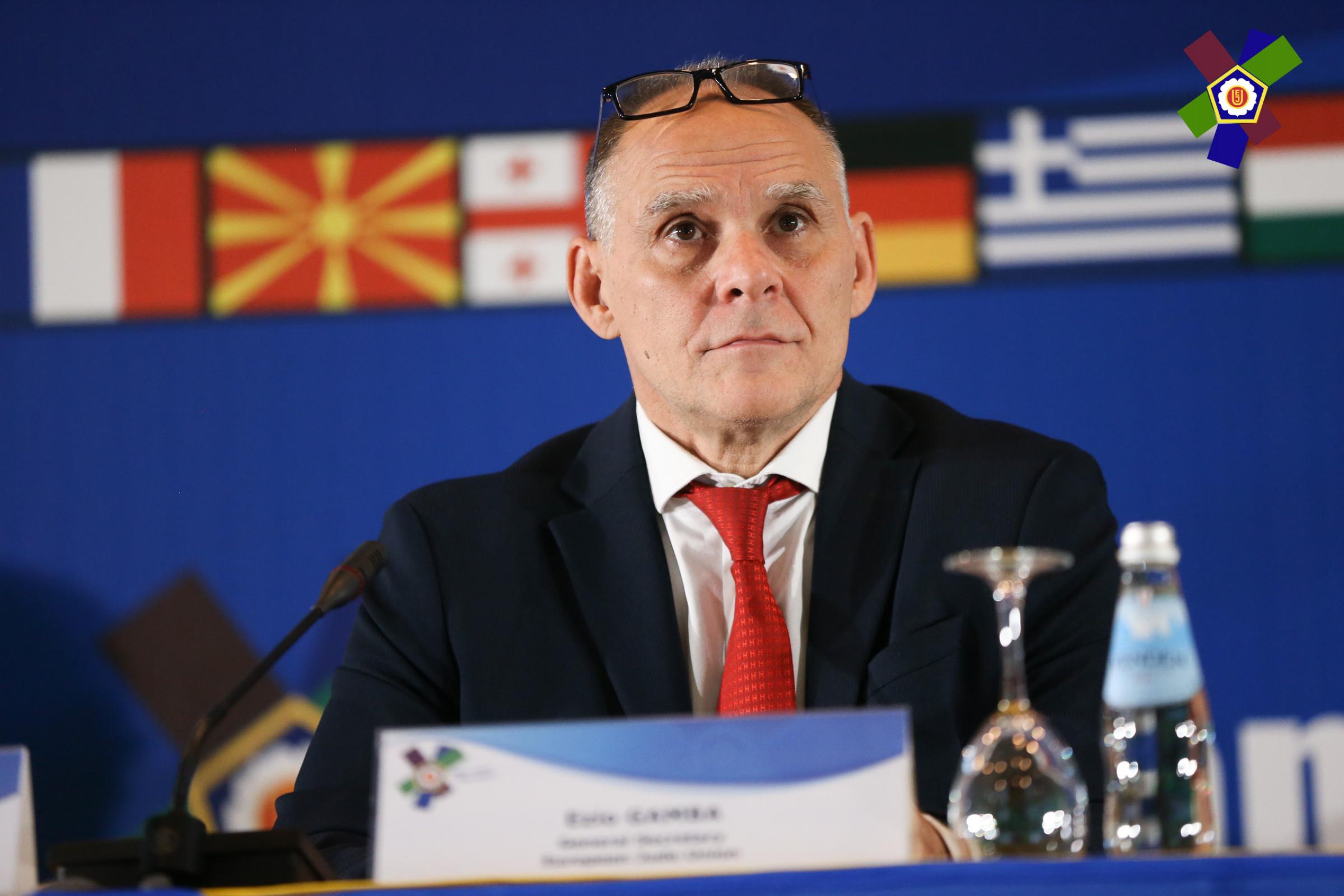 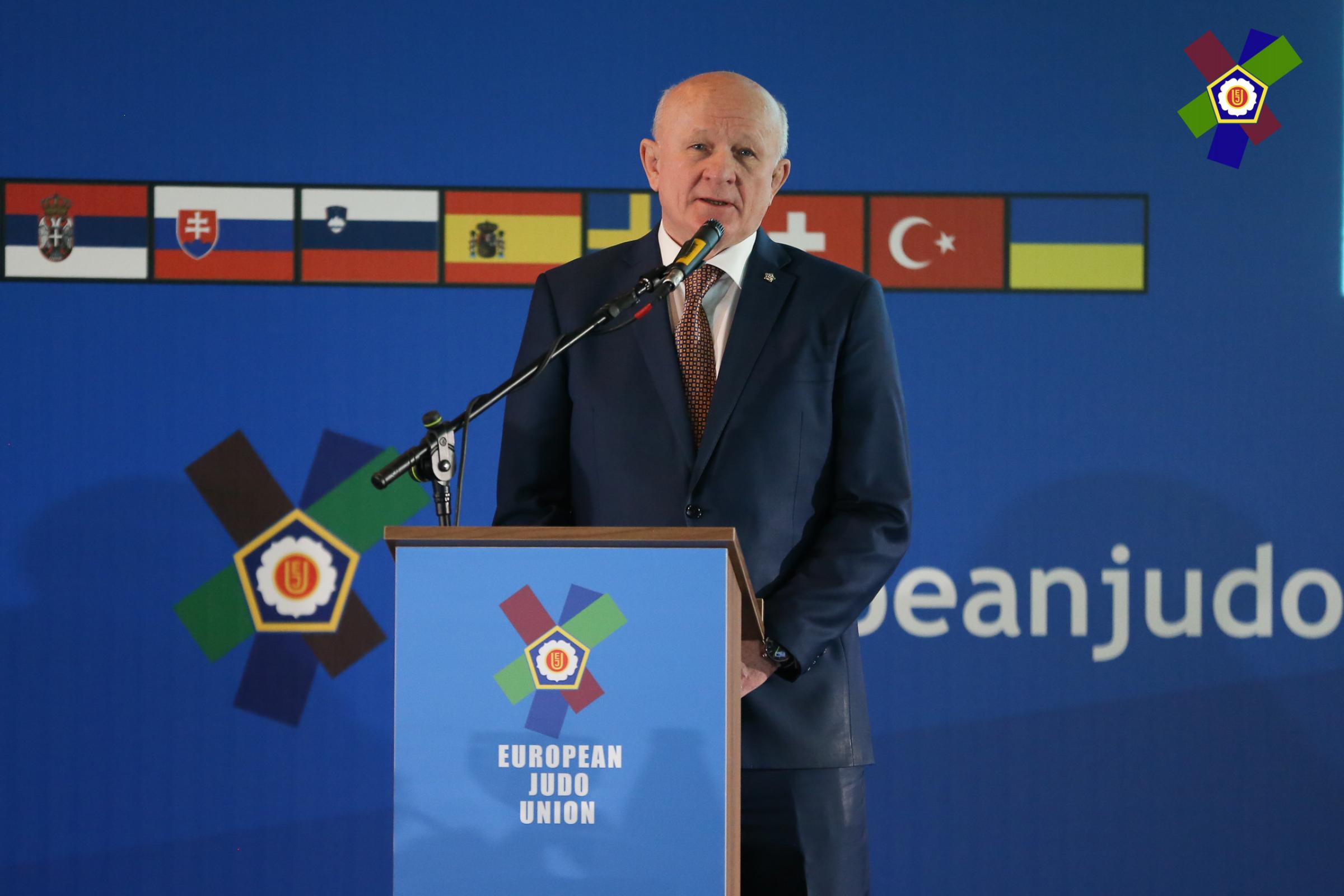 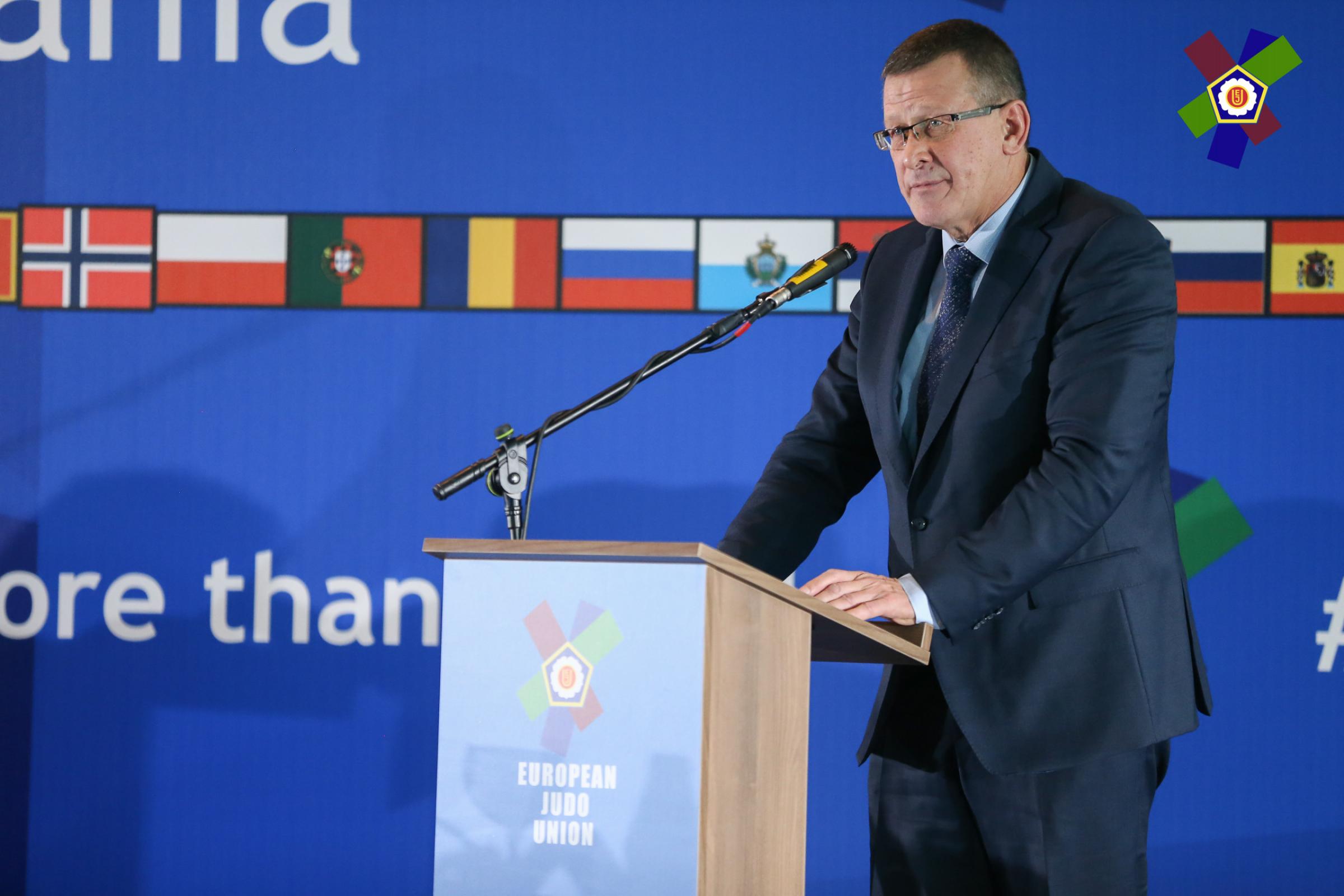 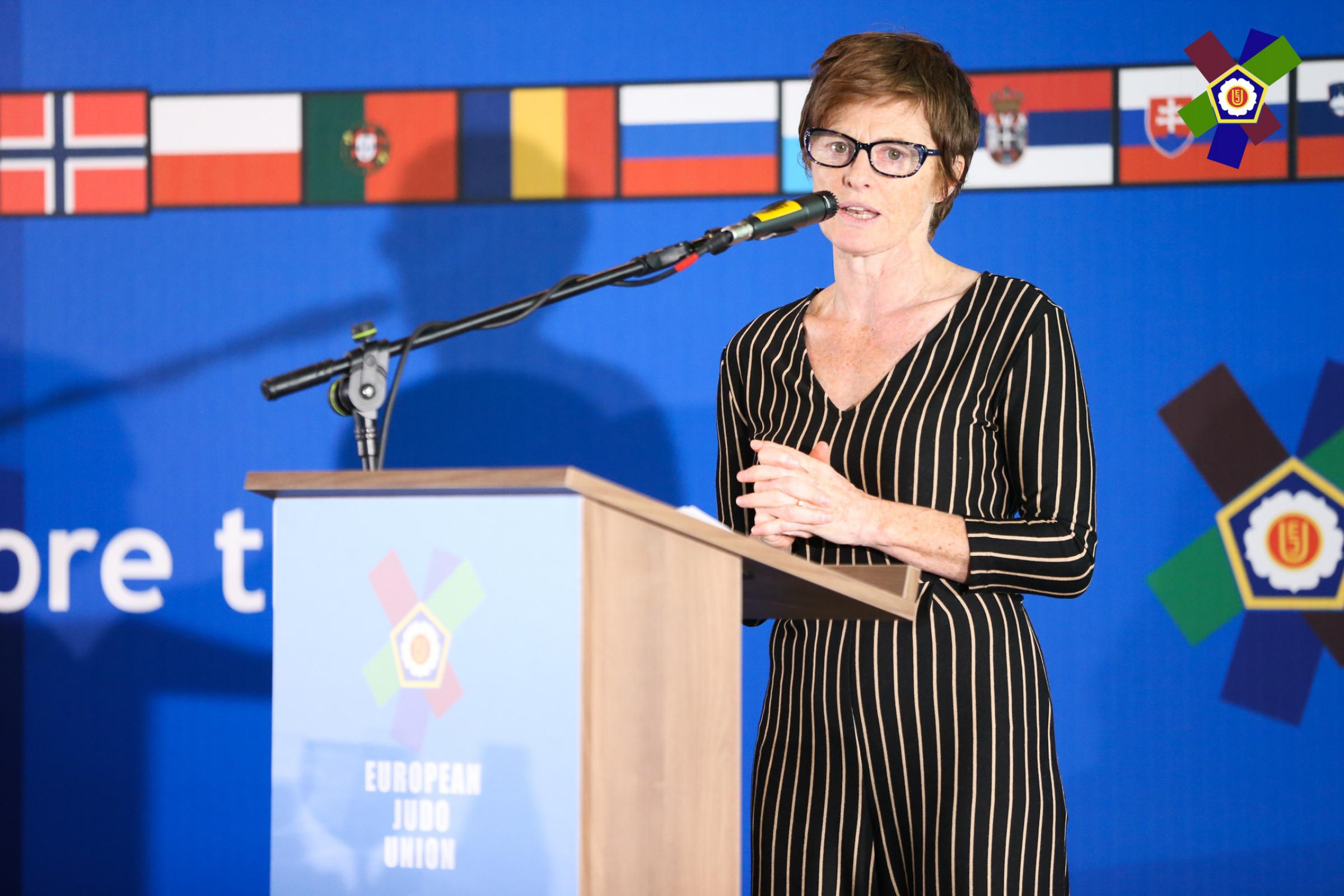 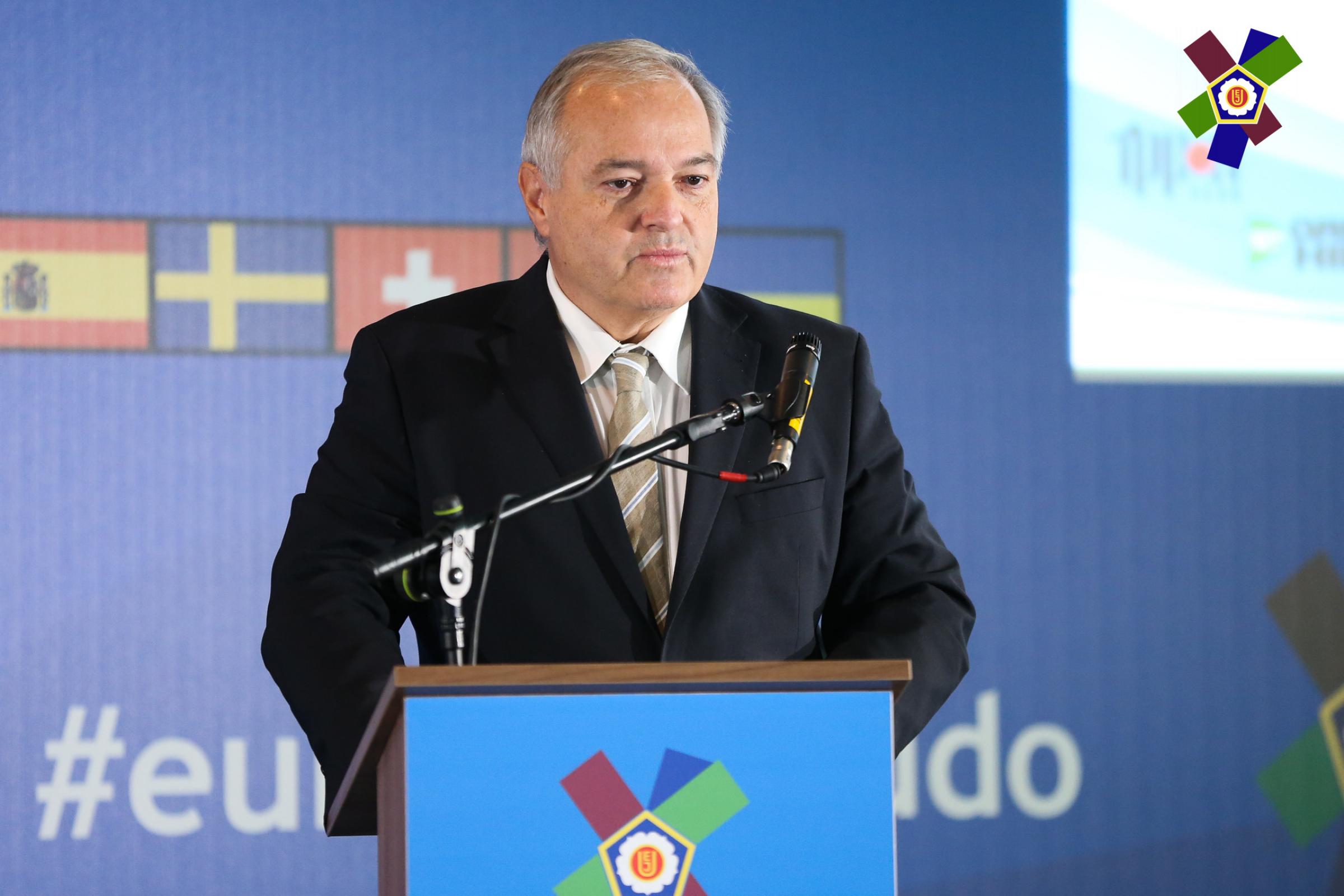 After the congress the President of European Judo Union, Sergey Soloveychik summerizes:

“We are here in Kaunas to hold both the Ordinary Congress and to celebrate the 70th anniversary of the European Judo Union. It is a good period for our Union. For me it is truly an honour to be the leader of such a successful continental union. We have the largest calendar, great champions and exceptional national presidents. I am very proud of this. I would like to thank the Lithuanian Judo Federation for the warm hospitality and their highly competent organisation. 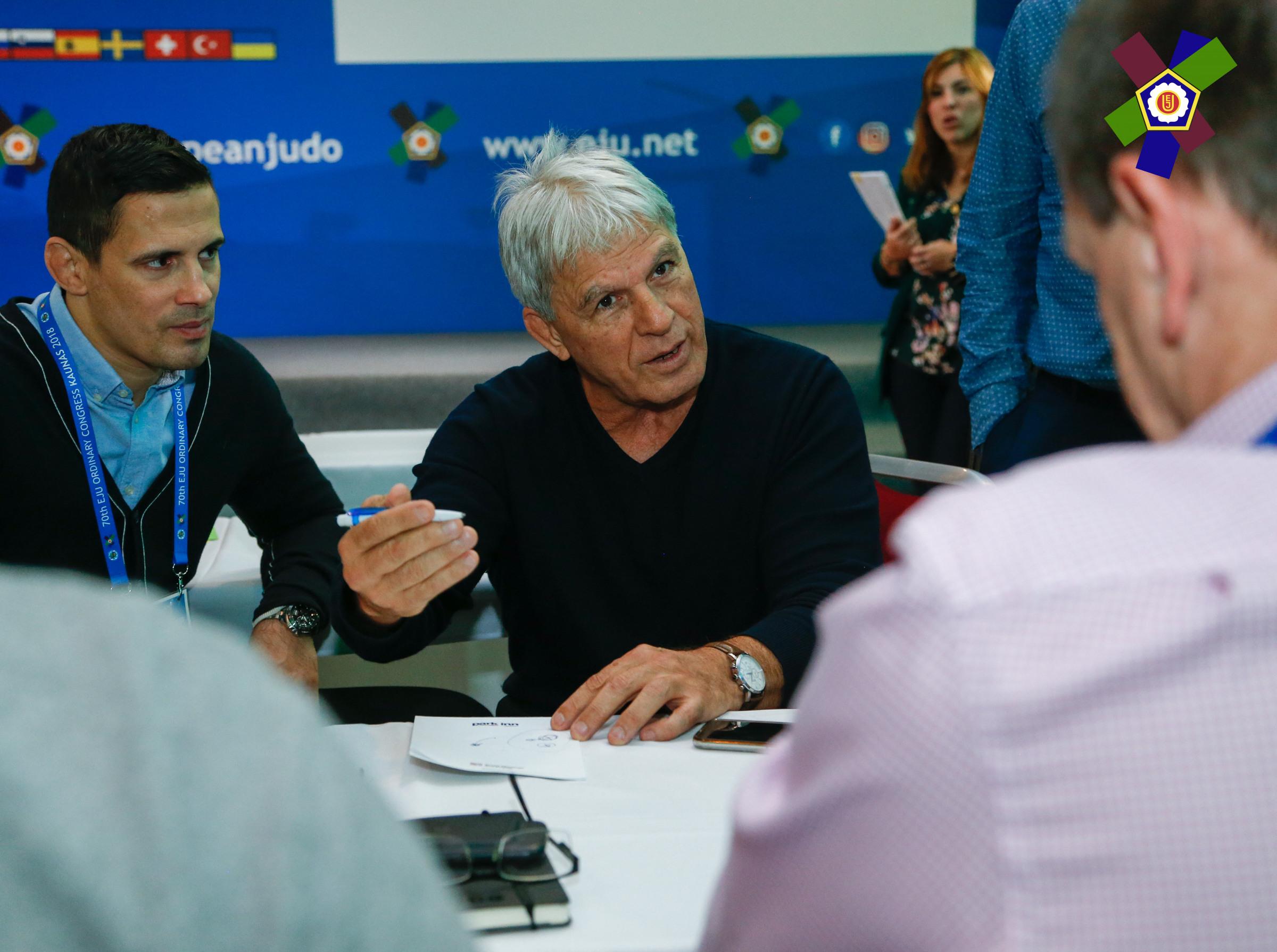 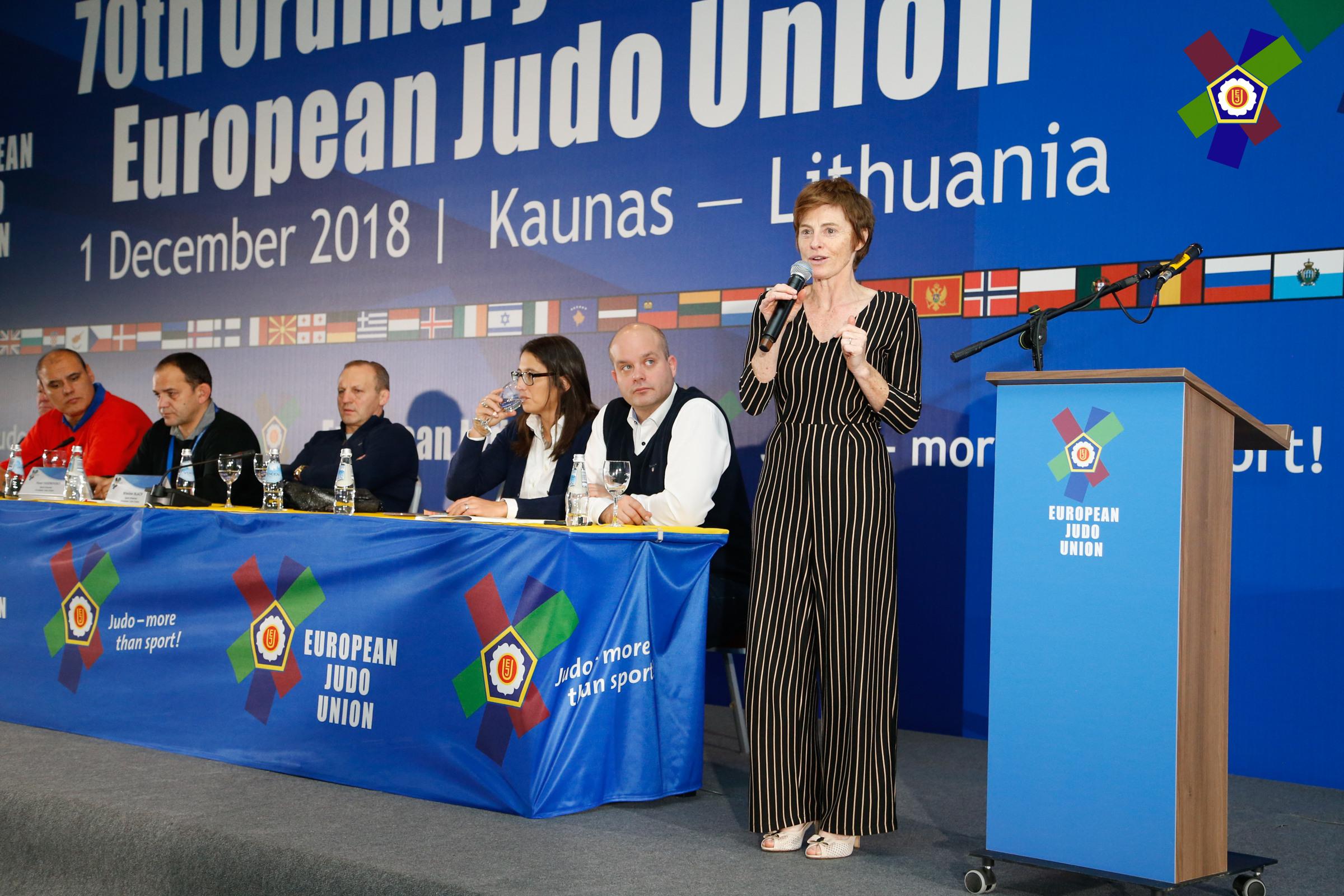 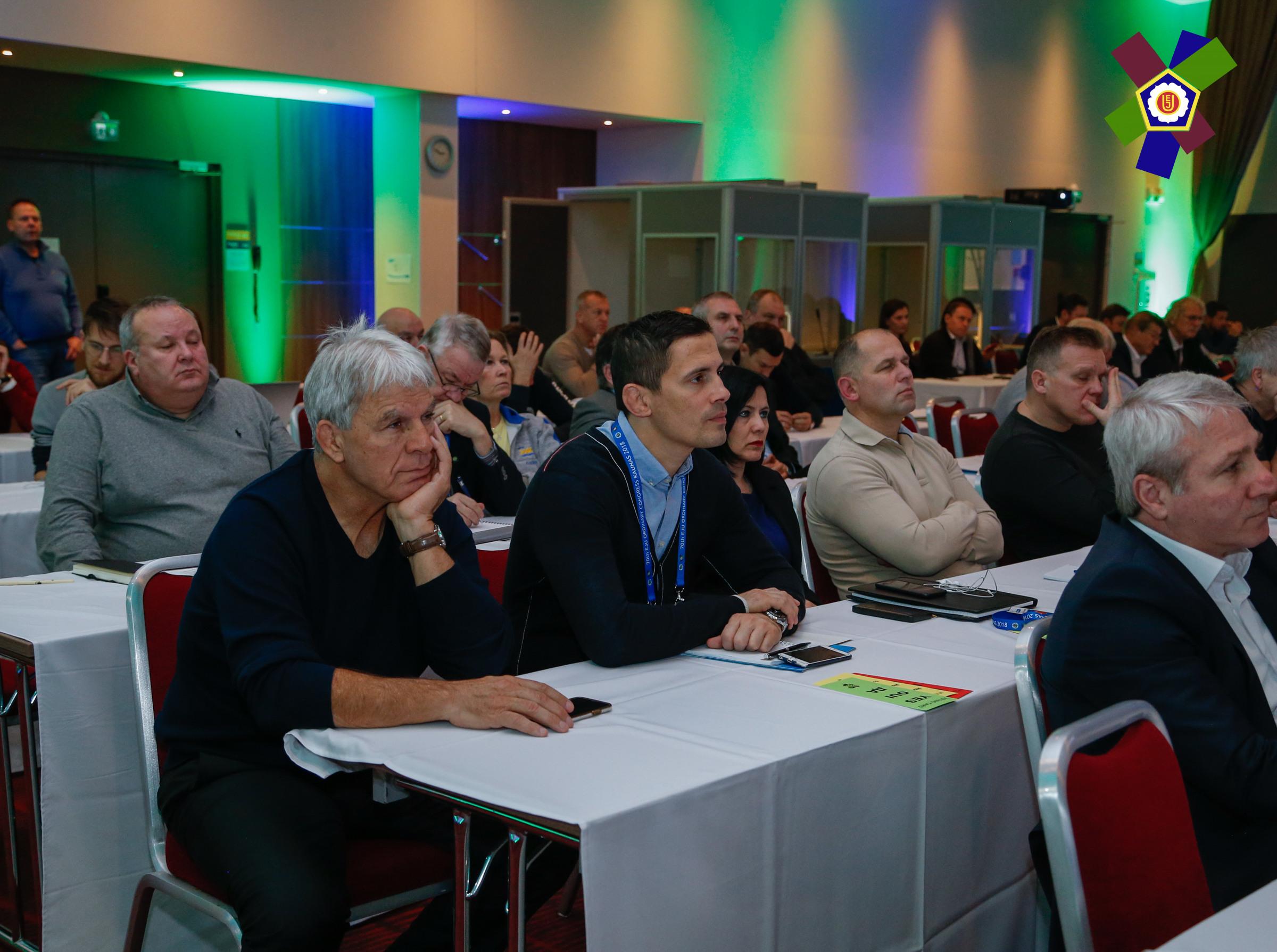 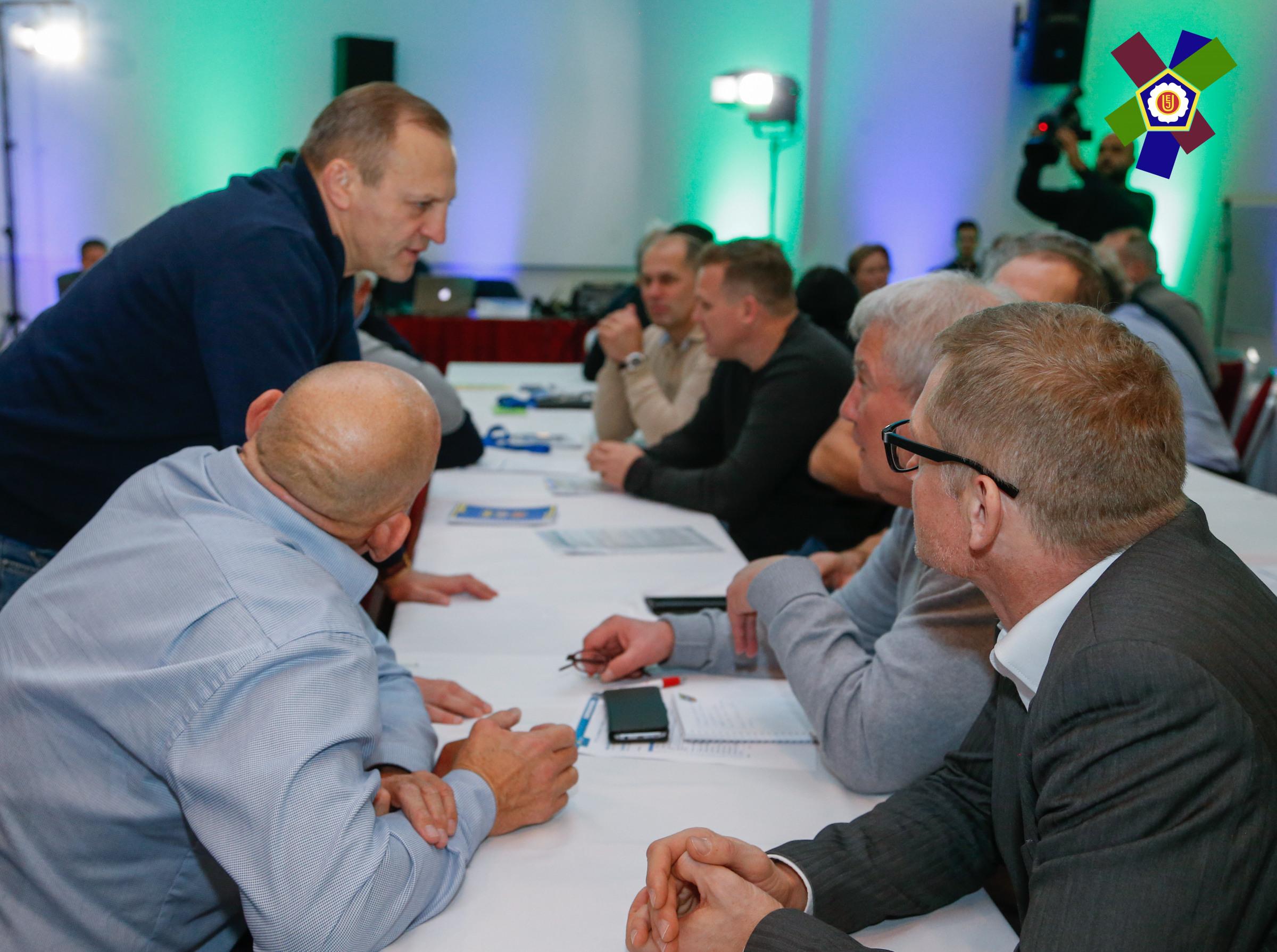 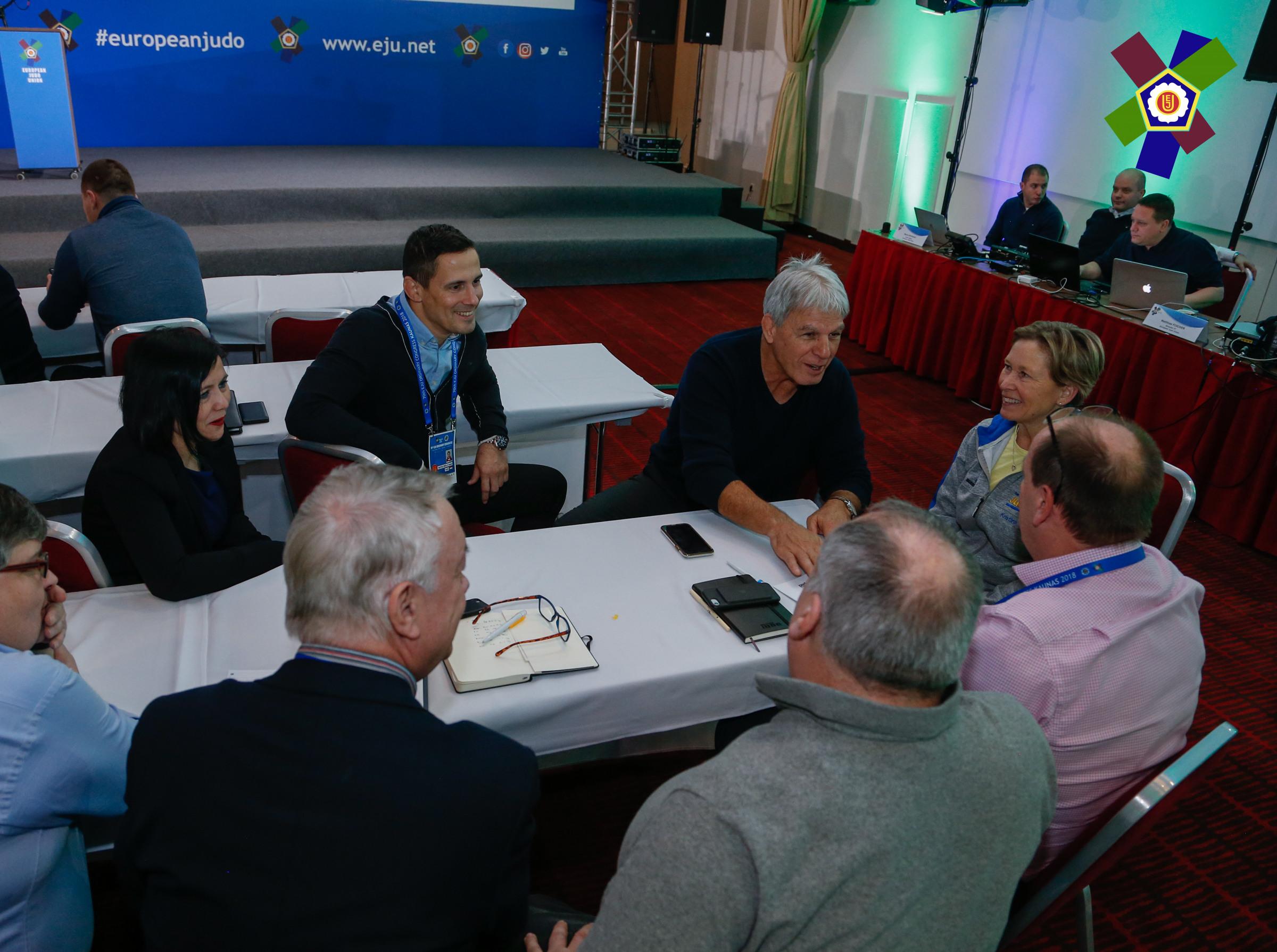 After the congress all delegates were invited to the workshop – judo – more than sport. Vice President Jane Bridge explained the idea:

„We started this project because during the congress there isn’t enough time for detailed discussions. This workshop was an interaction and participation session where representatives of national federations could exchange ideas and projects. I got very good feedback and next year we will continue with this workshop.”

The Chief Executive of the British Judo Association Andrew Scoular presented the school project of the BJA and said after the workshop: