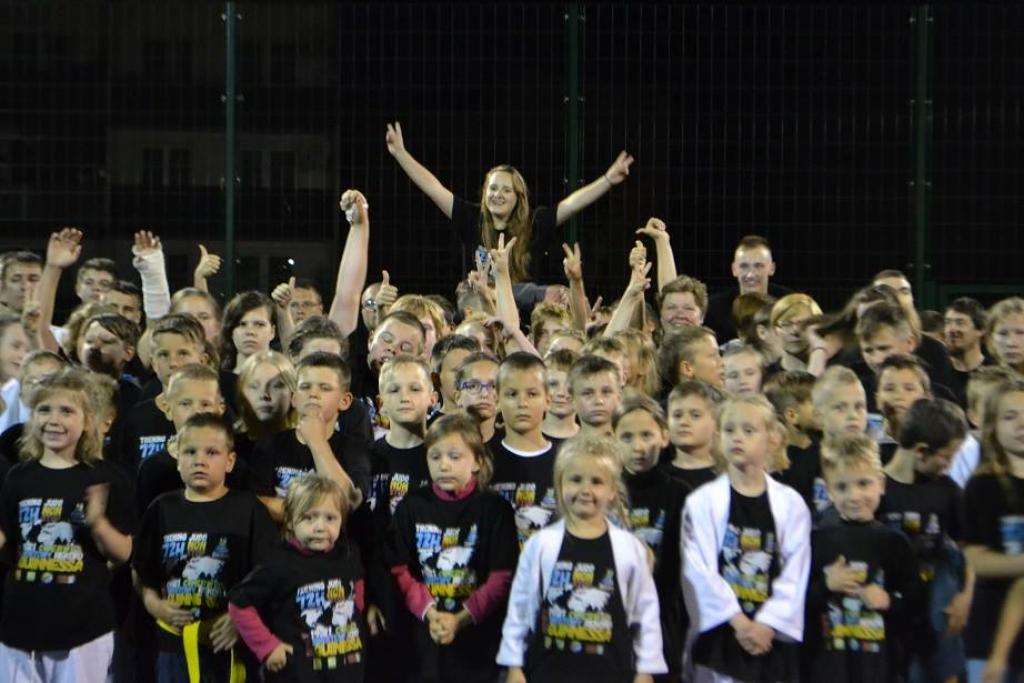 An additional Judo Guinness World Record has been completed last night at midnight by 277 judo lovers behind the walls of one of the Primary School in Bedzin, Poland. The inventor of the idea was judo instructor, Jolanta Poswiat. The attempt has been approved by the Guinness World Record Association which means 72 hours NON STOP judo was to be completed by the volunteers. The attempt has began on Friday at 0:00 and it involves judoka from all different age group.

“Judo is our passion.”, says Poswiat. “Our main goal was to promote judo. Judo is our passion. The lovers of this sport were continuously training mainly with 6 hours turnovers. I didn’t want to choose only adults because that wouldn’t be fair. I have had 120 judoka here from my team who were determined and passionate to set the record.”, she added.

One of the participants, Wictor Proksa, recapped his experience to the local newsagent, called kanal99: “Yesterday morning, we had the youngest participants and their spirit did not leave for even a moment. Judo is a discipline sport and you can learn a lot.”

There are other recognised Guinness World records in judo such as the most judo throws completed in one hour by a pair is 3,786 by Dale Moore and Nigel Townsend (both from the UK) on the 23rd of February 2002.

Furthermore, French superstar, Teddy Rinner also booked a spot in the record books by becoming the youngest male Judoka to win a World Championship with the age of 18 years and 159 days when he won the heavyweight World championship at Rio de Janeiro, Brazil, on the 13th of September 2007.