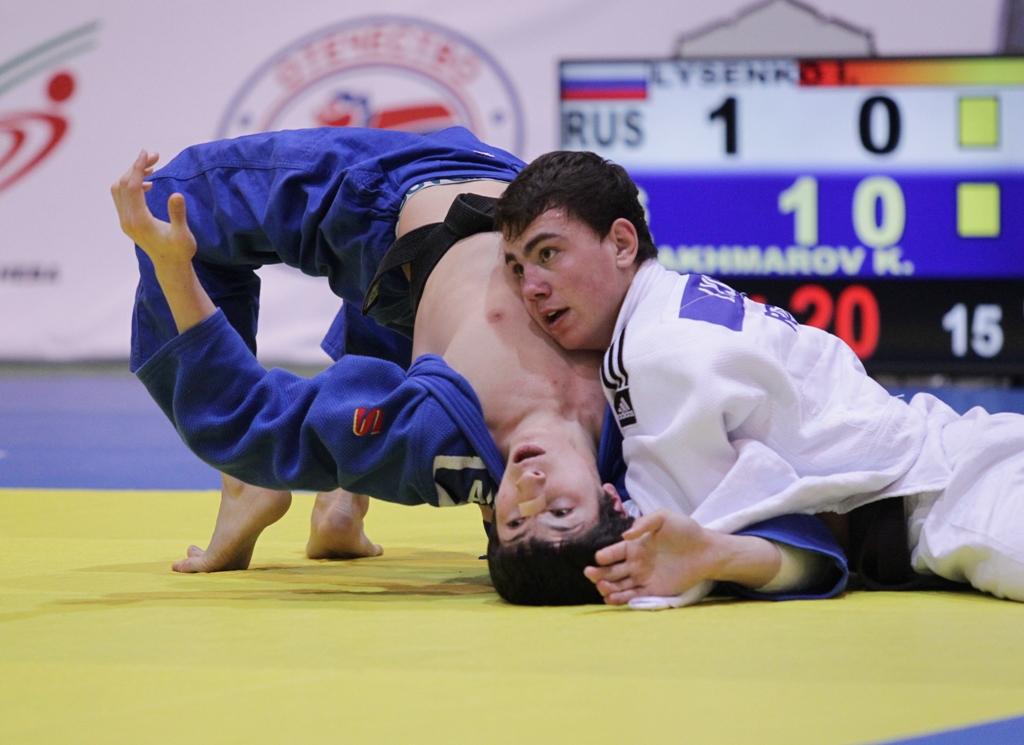 The Cadet European Judo Cup in Tver 2016 is a traditional tournament gathered on the tatami of Palace of Sports “Orbita”. Altogether 276 boys and girls aged up to 18 years from 15 countries . On the first day of the tournament were determined the champions and the winners in the lighter weight categories. As a result of hard fights on the podium went up by athletes from Kazakhstan, Germany, Armenia, Serbia and Russia.

In the weight category under 50kg Georgii Tretiakov from Tyumen won a landslide victory. For him it was a debut performance at the ECup. Nevertheless, the young Siberian felt very confident on the tatami and won in the final over Gaspar Hayrapetyan of Armenia, having a spectacular throw seoi nage. Third place won Zhanibek Telman from Kazakhstan and Kharun Tlishev from Russia. “Of course, I was worried. I am taking part in such an important tournament for the first time. But it turned out that is not so scary and I understood that I could win”, shared Georgii Tretiakov his impressions.

In the weight category -40kg Glafira Borisova has risen up on a higher level. On the way to the gold medal she won three fights. According to her, the most difficult thing was the final match against Anastasia Kuterina. “I guess I was just a little bit smarter and more clever in the final match. I prepared very seriously and tuned to each of the potential competitors”, said Glafira Borisova.

The 17-year-old Danila Kurtashov won the -55kg category – all fights by ippon. A great result for his first ECup. After the fight he said: “To be honest, I enjoyed it here. I remember the opening ceremony and of course the awards. I felt proud when the Russian national anthem sounded. Everything was organized perfectly. I am happy that I could achieved the maximal result.”

In the girls weight category up to 48 kg the silver medal was won by the athlete from Kazakhstan Akmaral Nauatbek. The gold medal was won by Irena Khubulova – the ECup debutante. After the award ceremony the young athlete shone with happiness. Third places went to Russian athlete Anna Dudenko and Jana Gussenberg from Germany.