A MATTER OF HONOUR 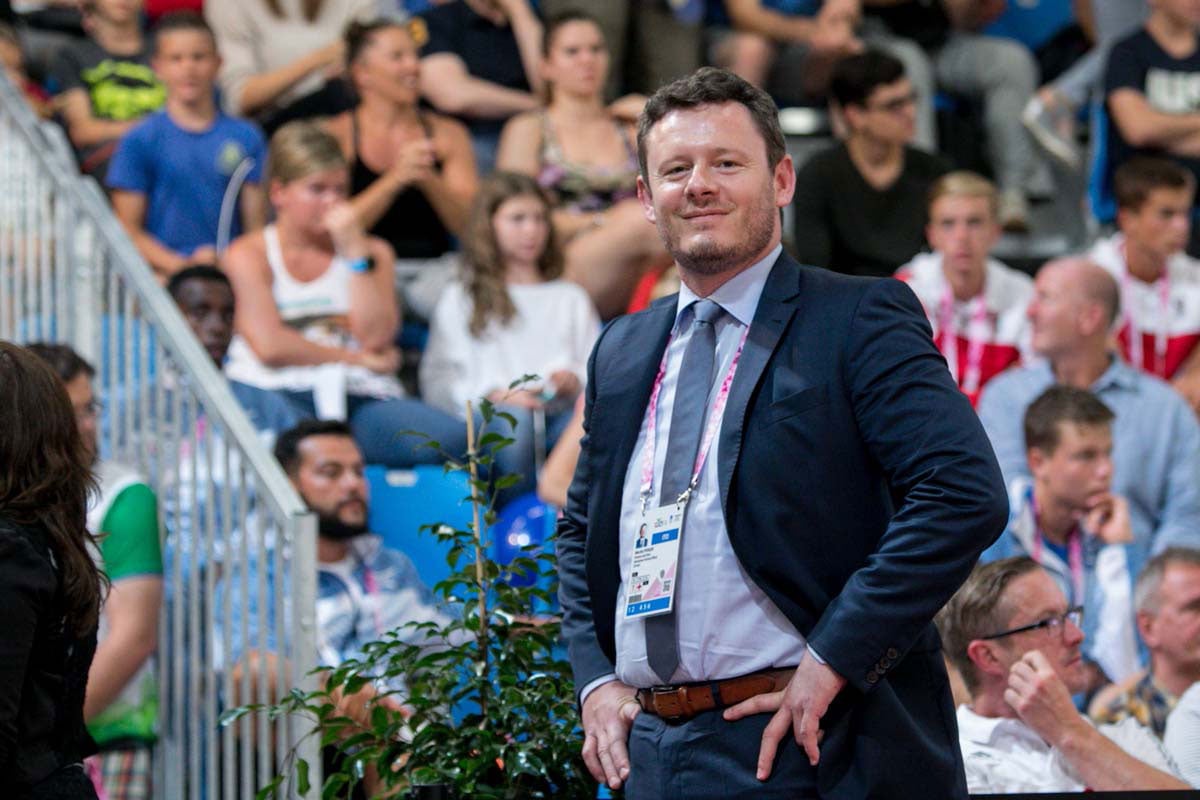 Austrian Judo president Martin POIGER has been running the EJU head office in Vienna as director for nearly 10 years. When he started in 2013 after the office of EJU was moved from Malta to Vienna, Martin used to work with former General Secretary Envic GALEA. Since a few weeks, after resignation of Ezio GAMBA, the 44 year old is the new General Secretary of the European Judo Union and the Vienna office is supposed to get more staff.

Speaking about daily business: What are the main tasks of the EJU head office in Vienna?

Martin Poiger: “We manage contracts, outlines, event reports, etc. for all EJU competitions, communicate with our member federations and support the Marketing and Education sector – we simply take care of all the administrative tasks within EJU. As the Presidential Office in Moscow will be closed until the beginning of summer, we will take over some more responsibilities and slowly increase the number of employees. At this moment we are focussing on the preparations for the European Judo Championships 2022 in Sofia scheduled for 29th of April until 1st of May.“

How much has your agenda actually changed due to your appointment as General Secretary?

Poiger: “The responsibilities are growing, so are the number of scheduled meetings. But of course it helps, that I have been running the head office for nearly 10 years now, since it was established in the year of 2013. I was already involved, when we started negotiations with the Austrian Sports Ministry concerning funding this office. I have been part of EJU decision making ever since.“

Who told you about your promotion within the EJU?

Poiger: “It was current president Otto Kneitinger, who phoned me immediately when Ezio Gamba resigned. I felt honoured to be able to become General Secretary though we are facing tough times right now.“

How do you consider your new role as Secretary General?

Poiger: “Otto Kneitinger and myself have been working closely together for many years. We both want to further develop the EJU to a modern and professional sports federation. Otto is a renowned marketing and judo expert. He has increased the sponsor income significantly and he has strong bonds with IJF president Marius Vizer. He wants to work hand in hand with the International Judo Federation in order to promote European Judo. Sense of unity and cooperation among the Judo family is probably even more important during a pandemic and the invasion of Ukraine.“

How can the EJU help the Ukrainian Judo family at this moment?

Poiger: “We have started a Fund Raiser campaign two weeks ago and we try to find solutions for their national team, currently training in Italy. We do hope, that the invasion will come to an end as soon as possible.“