A PERFECT TEN FOR BRAZIL 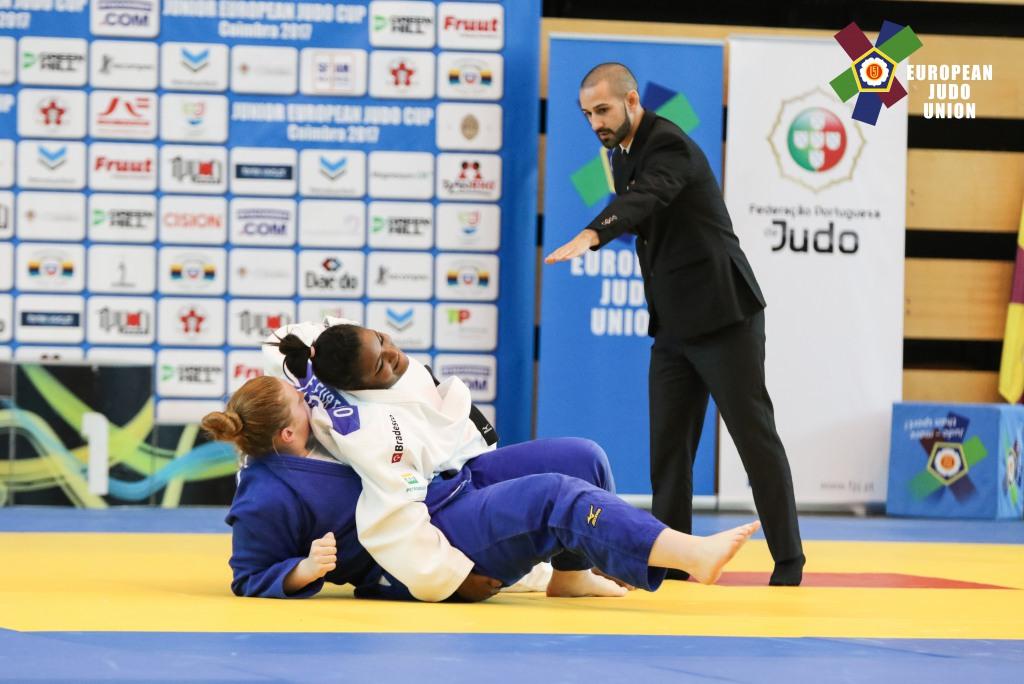 Brazilian anthem was the one that played more often in Coimbra over the weekend. In total our friends from South America won 10 gold medals and dominated the medal table of the first Junior European Judo Cup of the year.

However, one of the most exciting and refreshing finals of the second day of the competition was the fight in the -100kg between Mathias MADSEN (DEN) and Jelle SNIPPE (NED). For both it was their debut in higher weight category, both have won in the past other medals in Coimbra and both wanted to claim the highest title this time.

“This is the third silver medal in the row won by Mathias here in Coimbra so it’s a little bit unlucky, but the overall result is good. It was his first competition in -100kg and the goal for the near future is to gain ground in that category, with European and World Championships in mind”

said Miguel Ogando Lopes, coach of last year’s Cadet European Championships’ silver medalist. Result of the final was settled in golden score, after an even match, with waza ari for Snippe.

“Coimbra continues to be a great event, which gets stronger and stronger every year. It’s a nice way to start a season here and we will back next year for sure.”

said Edwin Steringa, coach of the Dutch team, that reached the highest step of the podium three times this weekend.

The competition ended nicely also for the home team, with the victory of Jaime SANTOS (POR) in the -90kg category and bronze medal claimed by Patrícia SAMPAIO (POR) in -78kg.

For the recently elected President of Portuguese Judo Federation, Jorge Fernandes, this was an excellent weekend as well:

“I am very honoured to be able to hold this important event in my hometown as President of PJF. And the fact that the level of the competition was so high and that we had the biggest number of participants in the history of our Junior Cup was the icing on the cake”.

All results and the gallery can found on our webiste.