A STRONG PAST SETS POLLING UP FOR SUCCESSFUL FUTURE AMID PANDEMIC 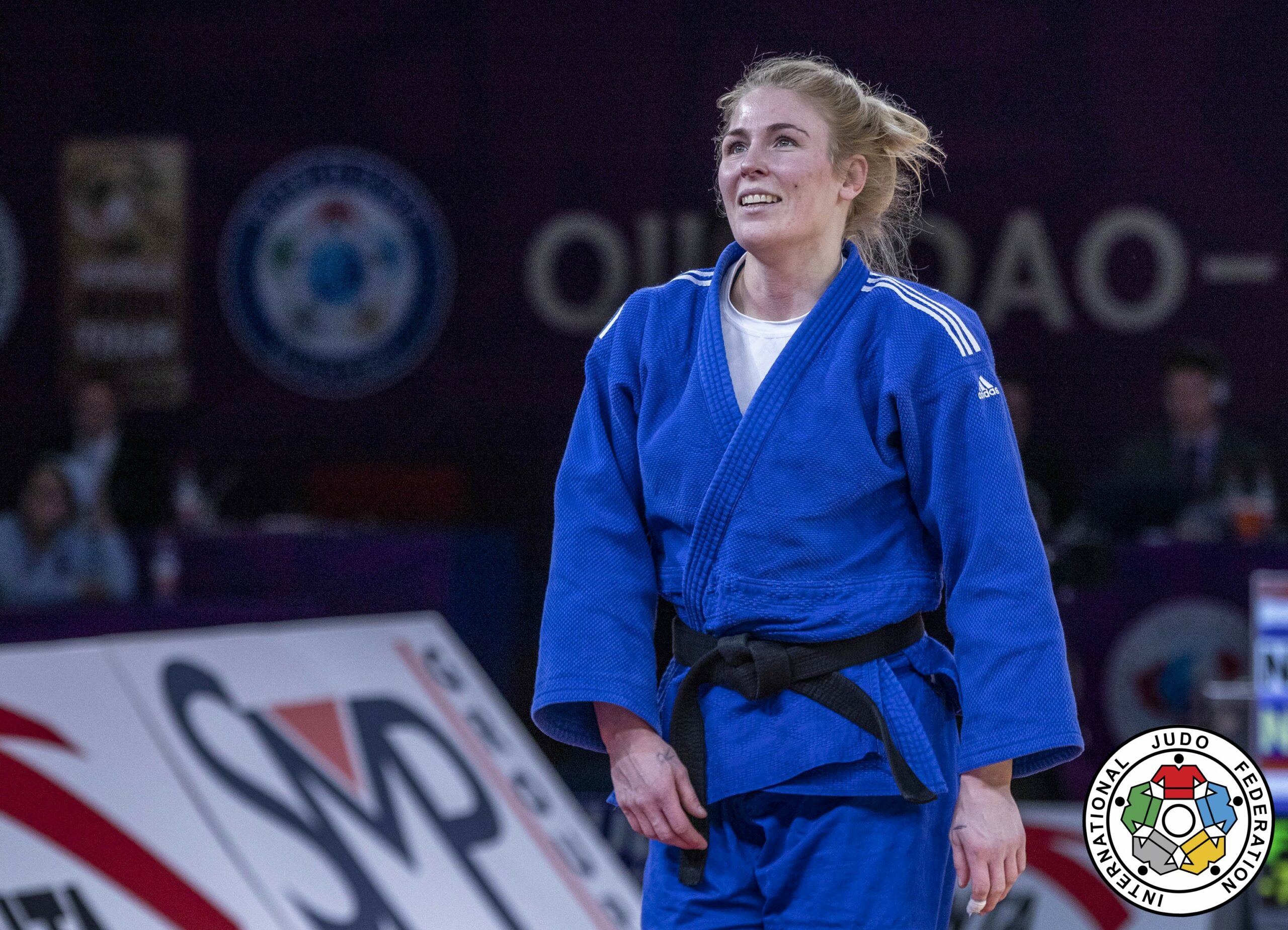 Back in early 2020, unless you were living in China, you were likely to feel very distanced from the threat of a pandemic. Inevitably, it came to Europe and the first country to really feel the devastating effects was Italy. The results came in slowly to begin with and much life continued as normal, for Kim Polling, she left as planned for a training camp in Dusseldorf, Germany, certainly not expecting there to be serious repercussions.

Unfortunately, with only one extra set of gym clothes, Kim found herself stuck and heading back to the Netherlands to prepare for the Grand Slam in Russia. Not an ideal situation. Then everything began to move at some speed, tournaments cancelled, borders closing and the panic set in.

Luckily my boyfriend came from Italy to the Netherlands with my competition clothes and he stayed for a week (he was going to Grand Prix in Rabat, so also he needed to train). But from the moment he left, things got worse. The GP in Rabat got cancelled, we didn’t know about the Grand Slam Russia and the situation in Italy became worse and worse. The weekend of March 7th was the first time I got scared. Not scared for the virus, but scared that I could not return to Italy, to my home.

By the Tuesday, they were back in Turin, narrowly missing the lockdown cut off and were at home for the foreseeable future and eventually, the virus caught up with them, causing them to lose smell and taste senses for quite some time.

Well, at the end of October my boyfriend and I got the Corona virus ourselves, but luckily we didn’t experience symptoms like fever or shortness of breath. The virus affected me the most with not having fought any tournaments in the year and that the Olympics got postponed with one year. But that was easy to accept while the world is fighting a pandemic. Besides that, the 2024 Games will be my last Olympics, so it was not even a question for me if I would continue or not until 2021. If we would have been in 2024, I don’t know what I would have decided. If I would have continued until 2025 or if I would have retired. But luckily that’s not the case!

Kim is known for both her success at European Championships and the IJF Masters event, the former she opted out of as well as the initial event hosted in Hungary by the IJF. 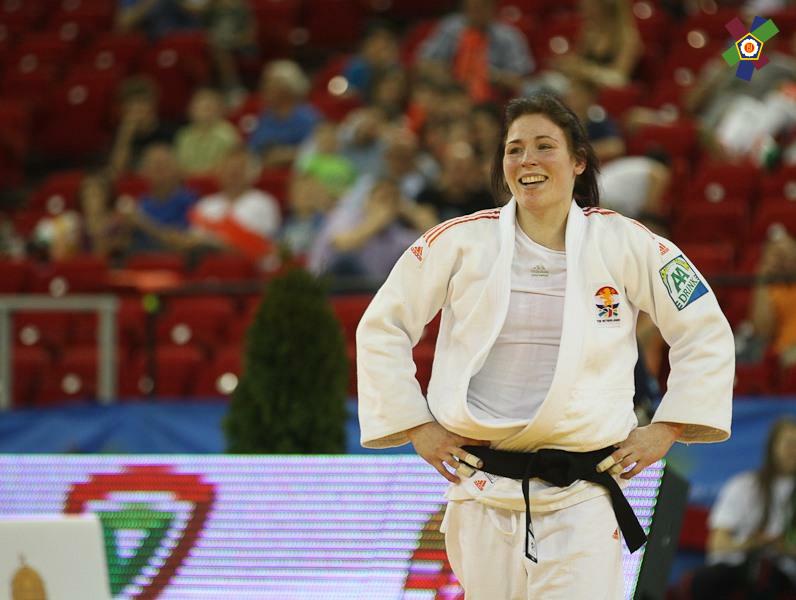 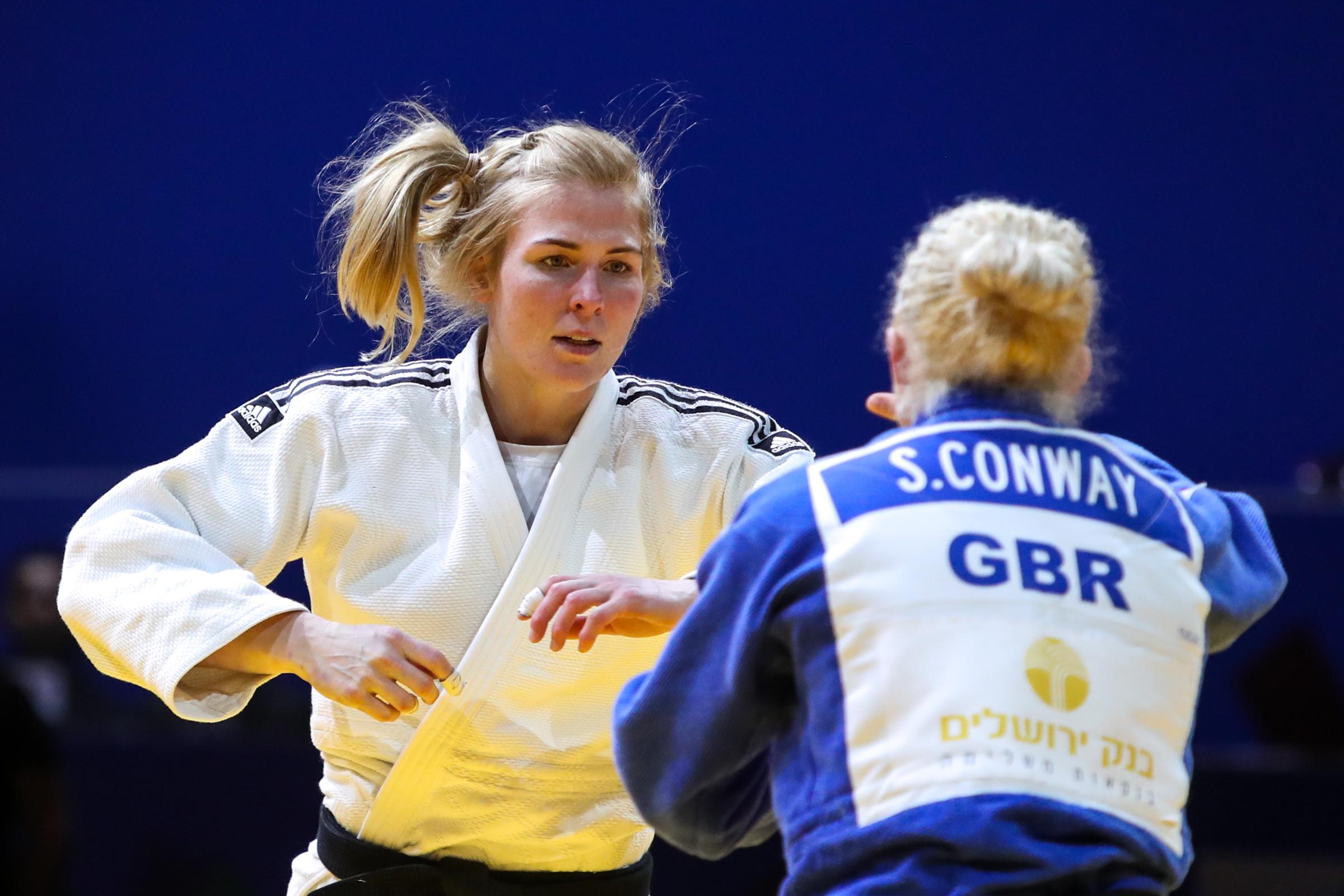 Deciding not to compete at the Budapest GS was an easy decision, first of all I could not believe that the GS really could continue while Europe went into a second wave. But besides that I was too afraid to get stuck in another country in case of a positive test or in case that other countries would decide to block Hungary because of the virus.

Then of course the European Championships were confirmed following the success of both the IJF tournament and the Junior and U23 European Championship event in Croatia. Missing out on this was a more difficult choice, but in the grand scheme of things, putting herself at risk was not an option. She might not have been able to attain another Masters title in Doha this month, but given that most of her opponents returned much earlier to competition and their preparation was underway prior, still managing a bronze medal is an incredible feat.

This is the Kim Polling we’ve all come to know, and following her over the years, tournament after tournament, her determination and resilience is very much clear in the way she fights, but where did the young Kim come from?

An overzealous child, what would feel like a small touch to her would send her play mates flying when playing tag, even as a young girl she had serious strength and enthusiasm, which were harnessed by judo, much to her parents delight! Despite there being no history of judo in her family, she explains that her mother competed in athletics when she was younger and her father went to work young in a very physically demanding role, which probably explains her natural strength.

I became a judoka because of my ADHD. I was about seven year’s old when my parents read an article about how good judo was for children with this disorder, so that’s when I started with judo.  Besides that I have ADHD, I was already as a child really strong and my parents also liked that I did a sport in which I would learn how to deal with my strength. My little brother started with judo, but because he was always compared to me and a lot of people always asked him if he would become just as good as his sister, he quit with judo and started with football. Which he is still doing, even though [she jokes] he prefers the third half more than the first two!

It has been a long road and Kim’s career has been shaped by many esteemed coaches. Until the age of fifteen training at Chi-Do in Rodan with childhood coach Wubbo Zuidland who identified her talents and moved her on to Judo Groningen where John van der Meer took the reigns and contributed massively to her repertoire.

In 2008 I made the transfer to Kenamju Haarlem. One of the biggest clubs in the Netherlands. Here Zeger van Oirschot became my trainer and he has been very important. Without Zeger I would have not been where I am today. Not as a judoka, neither as a person. With him I won the Junior European and World title.

Following tremendous junior success, as a senior she moved to Budokan Rotterdam where she was met by new coach, multiple European Champion and World medallist, Marjolein van Unen. Kim explains that by the end of 2012 she had made this transfer and in only six months became the World Ranking Leader. Despite clear success here, she decided to make the move back to Haarlem where Maarten Arens became her coach.

He gives me the trust and the confidence that I need and I’m really grateful for how he is handling me. Because I must say that I don’t think I’m the easiest athlete to follow.

Though Maarten is her coach and helps her daily whether she is in Italy or the Netherlands, she explains that having the relationships with Italian brothers Francesco and Alessandro Bruyere from Accademia Torino is nice when on camps and fighting internationally, being a part of the wider judo family.

All in all, Kim has already had great success, but there is much more to come for the Dutch -70kg athlete. She has many things attributing to her success, her own will, family support and that of her partner Andrea but really, it is the love for the sport in spite of the difficulties, including her ADHD which can cause her much frustration if she is struggling to focus, on the other hand, it can be a positive.

I think that when you would not enjoy a life like a top athlete and performing on the highest level, it’s really difficult to continue and have success. Further I think that I need to give quite some credits to ADHD. In judo I go from right to left and I think it’s not always that simple for my opponent to understand what I’m going to do because I’m quite impulsive. Even I sometimes have no idea how I’ve done a throw or a movement.

We wish Kim the very best, there is a difficult year ahead but she is up for the challenge!