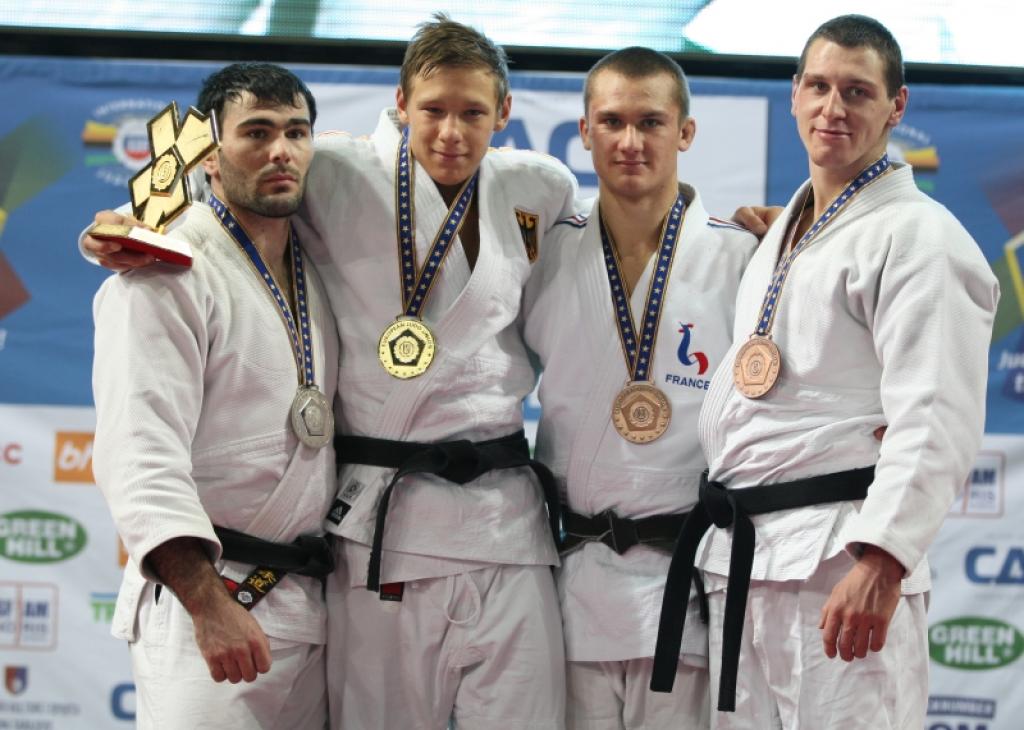 In the category U90kg Germany’s Aaron Hildebrand took the European U23 title on Sunday in Sarajevo. A great success for Germany’s coach Daniel Gürschner having three men in the final today and a great motivation that Hildebrand was able to win the first.

In 2009 Hildebrand was fifth at the U20 World Championships. But could the 20-year old German adjust to this age category in his final against Azamat Sitimov, the Russian U23 Champion.
Sitimov won the European Cup in Orenburg this year and the World Cup of Minsk in October. But Hildebrand got himself in form in Boras where he won the Swedish Open. In an exciting match Hildebrand got Sitimov into a hold down after three minutes and completed the score with a successful armlock.
Hildebrand won Germany’s tenth European title in this Division U23 years. Last year Germany won two gold medals.