ABDURAKHMANOV AND THE BEKMURZAEVS HIGHLIGHTS BRATISLAVA 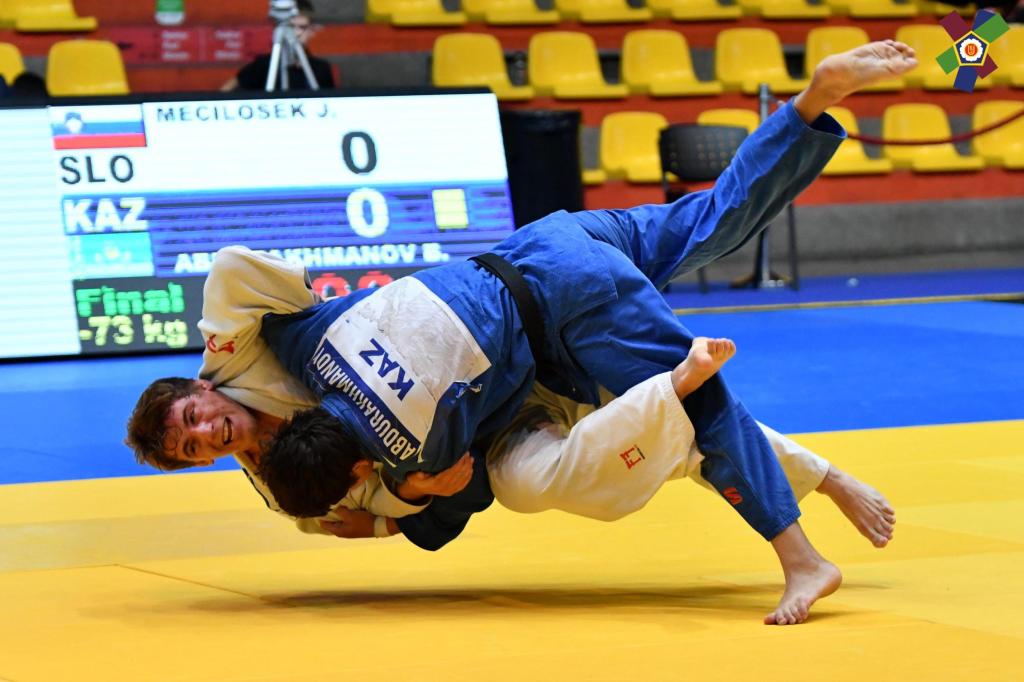 Although, prior to this weekend, the young Kazakh, Bakhitzan ABDURAKHMANOV has placed second and third at cadet and junior European Cups, it did not stop him from being the ultimate champion at the Senior European Judo Cup in the Bratislava, Slovakia. His entrance amongst the seniors was truly spectacular.

On day one, Abdurakhmanov ploughed his way straight to the gold medal in the under 73 kg category. Not only did he win against all of his opponents, but he won them all by ippon, displaying an impressive and convincing performance. He started off by winning against Stroka of Poland. None of his opponents managed to score a single point against him. Not even Macilosek of Slovenia, whom he faced during the finals. The quickest fight was over in 36 seconds, when Abdurakhmanov threw Szabo of Hungary on his back, scoring an immediate ippon once again. It is a must to keep a close eye on this up and coming star who seems to have a lot to show us in future championships.

On the second day of competitions, we have encountered a less than usual find. Two brothers from Belarus were competing in the same weight category, the under 81 kg. What is even more rare is for both siblings to win a medal, which is exactly what happened. Yunus Bekmurzaev finished 3rd place and is taking home one of the bronze medal after a row of impressive fights. Despite one loss, which happened to be against the eventual winner of the category, Pawel Drzymal of Poland, he still managed to turn it around in his last fight against Portuguese Miguel Alves. Yunus´ last contest was a fairly quick one, lasting a brief 20 seconds as the Belarusian got Alves on his back and thus scored an ippon.

His brother, Yusup, managed to hitch a second place and the silver medal after losing in the final against gold medallist Drzymal too. Seems the Polish judoka was a tough ask for these Belarusian brothers. Yusup did, however, manage to score waza-ari against Pawel, but unfortunately more than two and a half minutes into the contest, he lost by ippon. The weekend considered to be a success for the Bekmurzaev brothers since they have no previous significant wins from other championships. As of the overall medal table, Germany aced with four gold, two silver and three bronzes. Congratulations to all medal winners.