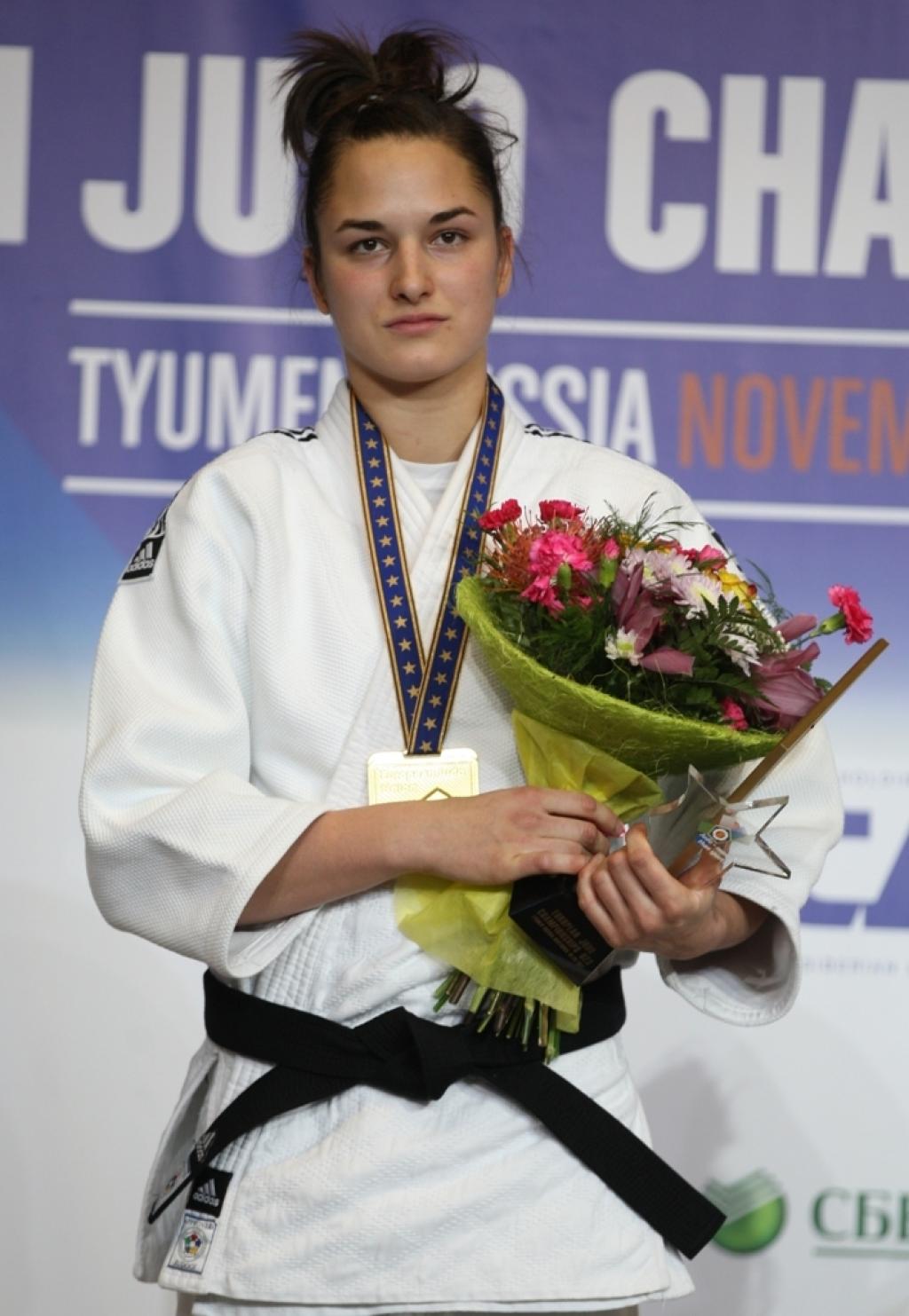 Hungarian Abigel Joo was dominant today on the tatami of Tyumen and won her third gold medal at the Europeans U23 Championships. Against Omri Kenyon (ISR) she scored quick ippon in final U78kg. Joo didn’t celebrate the title too much as she won European Senior titles with the 2010 European senior titles in Vienna at highlight. She won the gold medal of the IJF Grand Prix in Abu Dhabi 2011 one month ago. Her opponent Omri Kenyon from Israel has a lot reasons to be happy, with her 21 years, this was her first European medal ever. Joo won all fights today by scoring ippon.