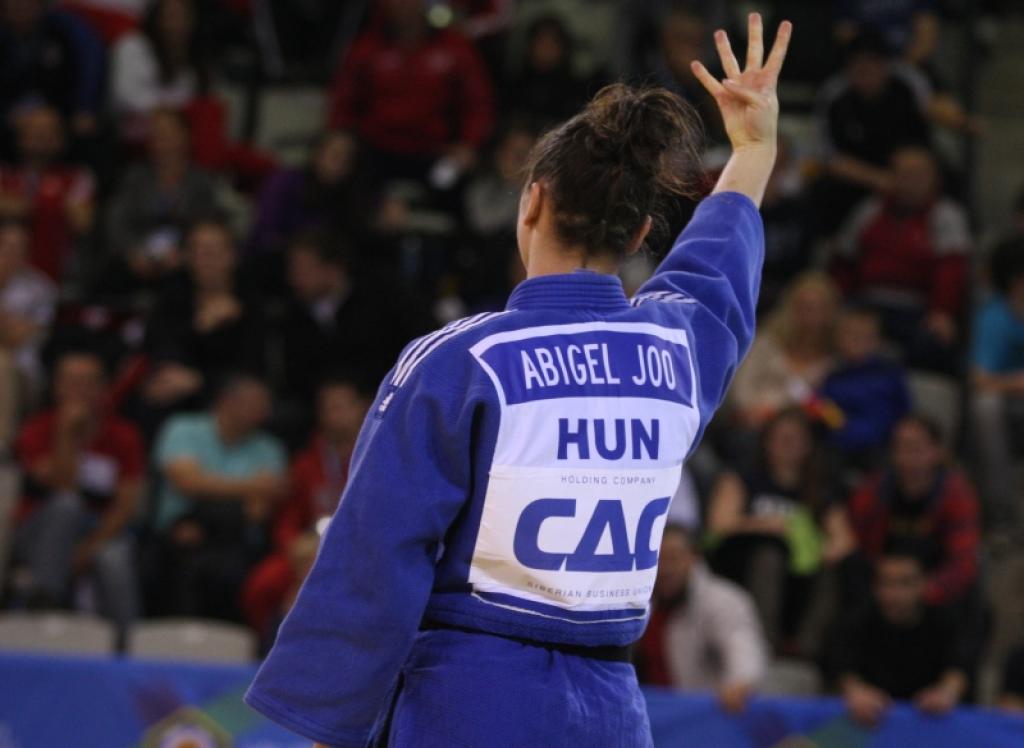 Abigel Jóo dealt with the high expectations and won her fourth U23 European title, an absolute record. Only three Hungarians had won the triple and she is the first of the three to win four times in ten years of history of this championships. Barna Bor and Eva Csernoviczky won the title three times and Csernoviczky won this year the first Hungarian Olympic medal since 1992. A great outlook for Jóo who got injured at the Games and needed an operation just after the games to her knee. She is recovered was able to write history in the Sparta Arena in Prague.

In the final Jóo defeated Makukha for a second time. Last year in Tyumen she beat her in the quarter final. Joo finished fifth at the Olympic Games, but we count on her in Rio’s World Championships next year. She won the European title this year in Chelyabinsk and in 2010 in Vienna at the age of 19 and is one of the best ever judoka in Hungary at her age.

The first bronze was for Ana Velensek of Slovenia who defeated Anastasia Turchun of the Ukraine by ippon after three minutes. Velensek defeated strong Dutch Guusjes Steenhuis in her quarter final but lost against last year’s bronze medallists Ivanna Makukha (UKR) in the semi final. She came back well in her bronze bout.

The second match took longer, after four minutes none of the two fighters had a score. Ivana Maranic (CRO) fought against Katarzyna Furmanek (POL) but couldn’t force a difference. Thirty seconds for the end Furmanek propelled Maranic in the air and scored a yuko by a sutemi. Not much later she threw Maranic for a second yuko by a seoi nage and won the bronze. Last year she finished fifth but now back to Poland with bronze.