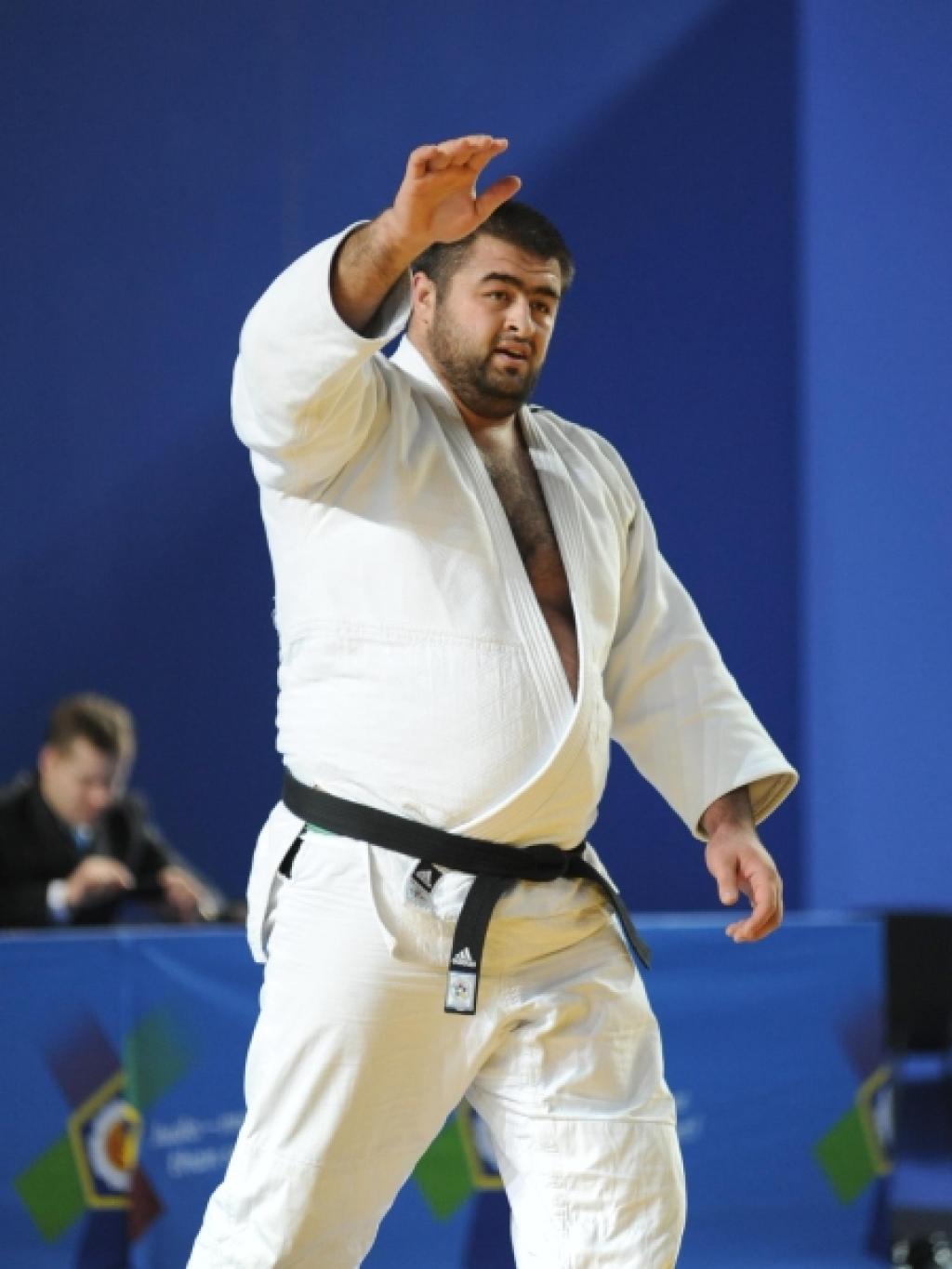 It is always nice when the host nation takes a gold medal. But it was left late in Tbilisi on the second day of the European Open when Adam Okruashvili defeated Ojitani Takeshi of Japan. In his final against Takeshi Ojitani he made the difference by the number of penalties.  The Japanese was awarded with one more penalty. Both were not on the scoreboard as technical points but made the difference after five minutes of fighting without a golden score.

With Georgian Prime Minister Bidzina Ivanishvili in attendance this win was even more important than Okruashvili simply retaining his O100kg title. Okruashvili also accounted earlier for among others Shichinohe Ryu throwing him for ippon in the semi final. Especially that ippon against was extreme. He got all the applause of the crowded sports hall  and thanked the homecrown by applauding himself as well. It was a massive point and one of the many ippons scored today. Only in very rare occasions a golden score was needed.

Adam Okruashvili took his third victory in Tbilisi. Previously he won the World Cup in 2009 and 2012. Shichinohe and Zakariadze (GEO) won the bronze medal.

An excellent day for Azerbaijan on Sunday; two judoka won gold. Tural Safguliyev claimed the gold U81kg when he overcame Takanori Nagase from Japan after just 40 seconds. But the winning at semifinal fight with Asaf Chen from Israel was not so fast and easy for Safguliev. At the semi final he managed to score a yuko only 30 seconds before regular time.

Even bronze was collected by Mammadali Mehdiyev. Asaf Hen won the bronze after his opponent couldn’t fight, but Hen defeated three opponents before but lost to winner Safguliyev.

Double Olympic champion Peter Seisenbacher was on hand to see Azerbaijan, the team he now coaches, give a fine performance, often at the expense of his previous team Georgia.

An all Azerbaijan final in the U90kg saw Shekhmad Magomedov defeat countryman Shahin Gahramanov. After two minutes Gakhramanov earned a shido and Magomedov won the gold medal by a great Uranage.

A second Israelian gold medal was won today by Or Sasson. In the U100kg category Or Sasson continued to impress in winning gold over Lasha Guruli (GEO).The final fight for gold medal between Georgian judoka Lasha Guruli and Or Sasson from JPN ended after 1:38 minutes by ippon.

Michal Vachun, the vice-president of the EJU, made a statement during the farewell ceremony dedicated to Irakli Tsirekidze, the great Georgian Judoka, Olympic and World champion:

“The Tbilisi tournament is one of the most respected in the world. Fantastic cooperation between European Judo Federation and Georgian Judo Federation is very fruitful and brought up many champions. We are introducing the new testing rules for better Judo. This is the new generation era for Judo which will guide us to the 2016 Olympic Games in Rio de Janeiro.”

Watch all photos of the event in our media section.