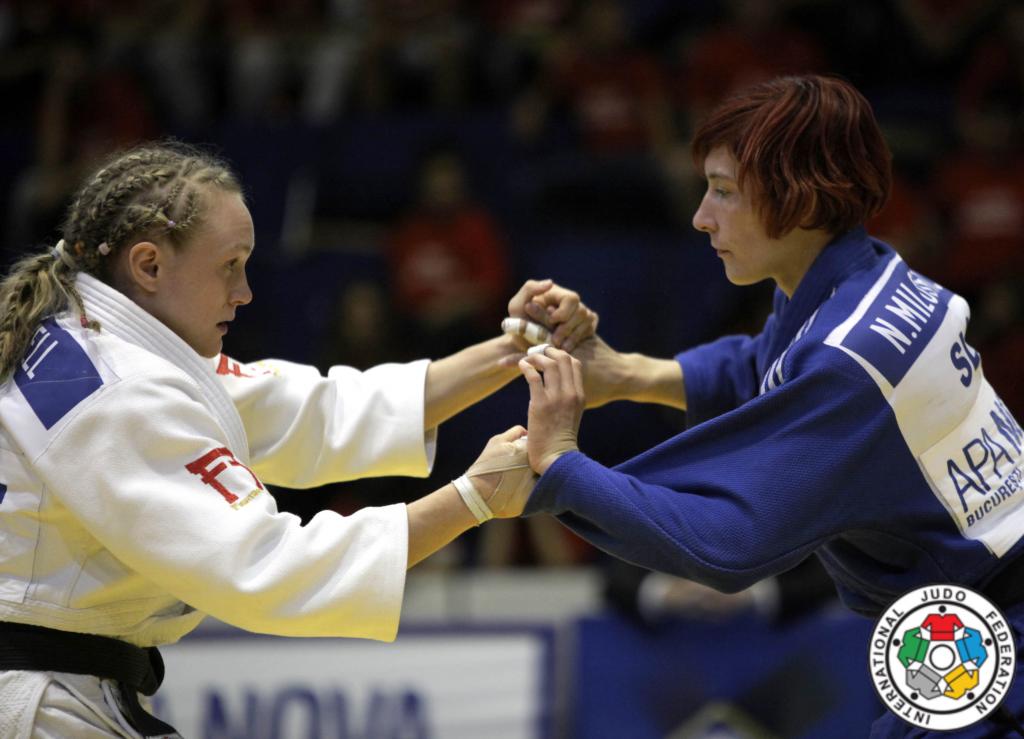 On Saturday the adidas World Cup for women in Tallinn will take place.
President of the Estonian Judo federation Tõnu Tõniste opened to welcome the coaches and delegates and was happy to see all participants in Tallinn.

Led by Sports Director Pavel Yasenovski the draw was executed and some good matches were generated.

The most interesting weight category is the women’s U63kg category with 22 competitors. Among them last week’s winner of the World Cup in Bucharest Gemma Howell (GBR) as well as the youngest participant of all Jemima Yeats-Brown.

With Hilde Drexler (AUT) as highest seeded (18) at the World Ranking and Martyna Trajdos (GER-20) this can become an interesting battle.
Also participating is Svetlana Chepurina (UKR) who won a silver medal at the previous edition in Tallinn, in 2010.

In the category U78kg Gemma Gibbons (GBR) will start and +78kg Giovanna Blanco of Venezuela who won the World Cup in Bucharest last week, her first victory in Europe and she is determined to prolong her form.
From Austria Tina Zeltner (U57kg) is aiming for her fourth consecutive final. She was second in Miami, won in El Salvador and finished second in Bucharest.

The average age is 22 years and for many judoka this event is an experience towards the next Olympic cycle or a preparation for other events such as national championships, or their qualification events for the European Championships.
Some take the opportunity to train for the Olympic Games as they help their compatriots to prepare well and are also in the Olympic preparation Group.

The adidas World Cup will be held on one day with 81 participants from 18 nations.

In Lisbon the world cup for men takes place with 126 men from 28 nations. The most participants will appear U66kg with Alim Gadanov (RUS) as highest seeded judoka. His compatriot and rival in the World Ranking Musa Mogushkov won the World Cup last week in Madrid.