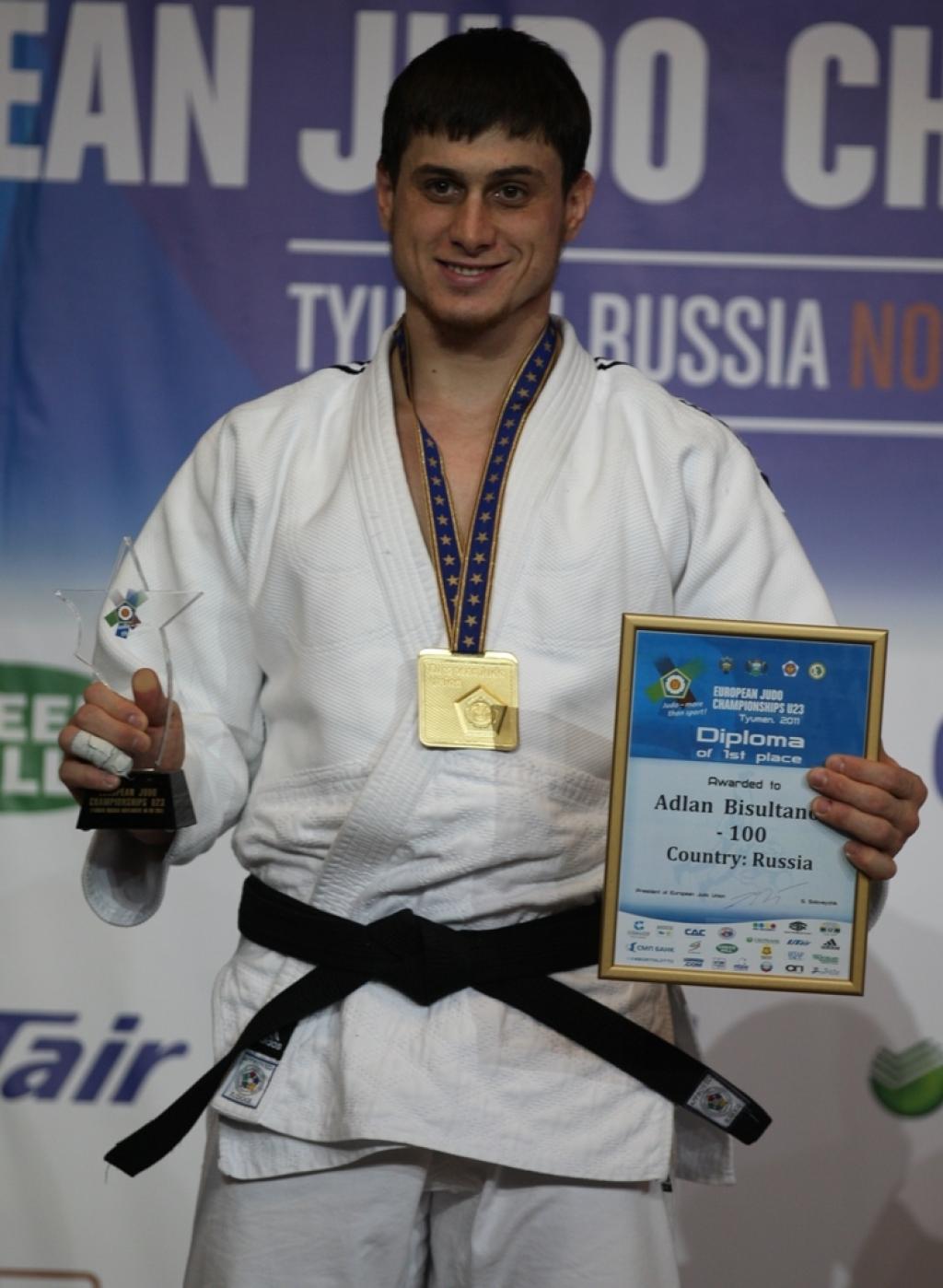 An all Russian final in the category U100kg in Tyumen at the European U23 Championships between Adlan Bisultanov and Khaybula Magomedov was won by Adlan Bisultanov who confirmed his great season. After he was able to win the gold at the European Cups at Orenburg (RUS) and Celje (SLO), he defeated his compatriot today by scoring a wazari. Bisultanov won his first round against Luka Lesko (CRO) and proceeded with wins over Stefan Jurisic (SRB). In is quarter final match he was better than Yevgen Samsonov (UKR) and Feyyaz Yazici from Turkey.

Turkish Feyyaz Yazici won his fourth European medal against Miklos Cirjenics (HUN). As we mentioned Feyyaz has already three medals, from European U20 and U17 championships, but unfortunately all times he missed to take the European title. Domenico Di Guida from Italy is the current U20 European Champion, he won the bronze match against Tobias Mol (NED) by scoring a yuko.