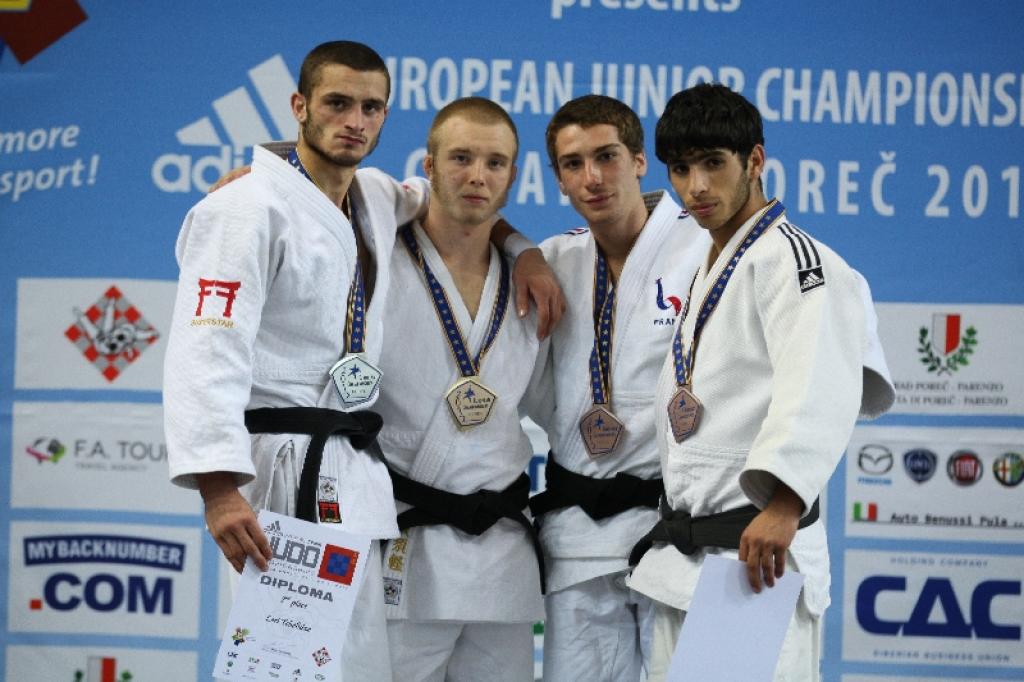 The young men U55kg showed some great skills today. They are fast, powerful and anyone can win as the level is seriously close.
The final between Leri Tchelidze (GEO) and Adrien Quertinmont (BEL) was tight. Both men showed great judo today and Quertinmont completely forgot his fifth place last year at home in Lommel (BEL) and reached the final where he took the gold this time against Leri Tchelidze (GEO).
Also Tchelidze peaked at the right time. He didn’t fight many events this year and picked up three silver medals last year, and kept this rhythm in 2012.
The match was decided in the golden score when Tchelidze got a roll for impassivity.

For Belgium an incredible success. The last time a junior from Belgium won gold was in 1972! After Leslie McPhail only women took the silver medal such as later Olympic champion Ulla Werbrouck, and obviously the gold medal by Charline van Snick in 2009.

Reigning European Junior Champion Garik Harutyunyan was defeated but came back with bronze against Mehman Sadigov (AZE).
The other match was completely French and won by Aurelien Claux vs. Vincent Manquest.