"AFTER RESTLESS NIGHTS I HAVE DECIDED TO RETIRE FROM JUDO" 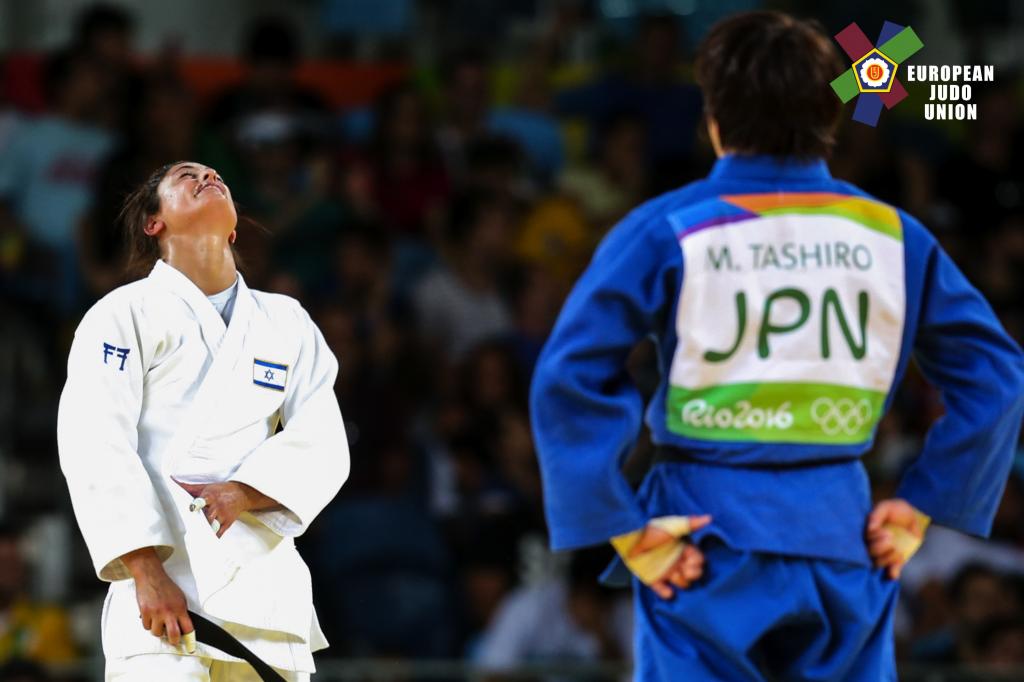 Yarden Gerbi of Israel is a well-known athelte around the Judo World, who draw several historical moments whilst excelling in the -63kg category. She won eight national titles. In 2008, she marked her first major international medal when winning bronze at the Junior European Judo Championships. A year later, she marked her name onto the IJF World Tour when winning bronze at the Qingdao Grand Prix, which was Gerbi’s first IJF World Tour medal. A year later, she added to her collection with a silver medal, yet again from the Qingdao Grand Prix. In 2011, she assured a bronze medal from the IJF World Masters and from 2012 onwards, when Gerbi won her first European Championships medal (Silver – Chelyabinsk, Russia), everyone knew who Yarden Gerbi was. However, at the time, she was not the only judoka succeeding for Israel within the same weight division, which resulted Gerbi to sit out the London 2012 Olympic Games.

Nevertheless, her determination stayed above all on route to Rio 2016. To show that she meant business, and to prove that she is, indeed, the best in her country, she went onto winning the first ever World Judo Championships title for Israel in 2013 in Rio de Janeiro. In the meantime, continental medals became her regular routine as well as medal winning performances across different IJF World Tour Events. In 2014, Gerbi won silver at the World Judo Championships. A year later, she saw herself on the podium of one of the most prestigious event, the Paris Grand Slam when receiving her bronze medal.

Four years after disappointments and setbacks, there she was, at the 2016 Rio Olympic Games, entering the arena as one of the best -63kg category judoka in the World. Every athlete has different dreams, ideas, of winning ‘The Triples’. Some only accepts gold in all, others might happily be settled for any colors. ‘The Triples’, means winning a European, World and Olympic medal. On the 9th of October 2016, Yarden Gerbi became one of the very few athletes who achieved ‘The Triples’, when winning the first female judo Olympic medal for Israel at the Rio 2016 Olympic Games. For the precious Olympic bronze, Gerbi defeated TASHIRO Miku of Japan, which, at the time, no-one, including herself, would have known it will be the last time to see Gerbi at international stage.

The next European Judo Championships will be held in Israel, where Gerbi had a chance to compete at her doorstep for the first ever time. However, being an elite athlete is not a walk in the park and as she explains, after restless nights, the judo ace, Yarden Gerbi, decided to announce her retirement.

“After a long time of great conflict and restless nights, I’ve decided to retire from judo.

“The fire that once burned bright has faded. I’m very proud of myself, proud of all my achievements during my long and restless journey. I want to take this opportunity and thank Shany Hershko, the closest person to me in the whole world. He’s a hard worker, a true professional and the one who’s always had my back.

“When I was 3 years old I watched the Olympics with my mom and asked her how to buy a ticket for the Games. My mom told me you can’t buy a ticket, you have to work hard for it. That’s how my story with judo began.

“For 22 years I’ve been on the crazy rollercoaster that judo is, throughout my whole career I never gave up. It was only at the age of 19 that I won my first significant medal at the European Junior Championships. Since then, I’ve won many medals and became the first Israeli judoka to win a world title. Winning the Olympic medal made me feel complete, it gave me and those surrounding me unimaginable joy.

After the Olympics I took some time off, recovered and had an elbow operation to treat an old injury. As I came back for training, the fire was still burning inside, I went a training camp, the best I’ve ever had and the first time without any pain, without injuries. But as I was training longer and more regularly I started to feel that fire fading. As a person who used to jump out of bed for training, I started to question myself. I felt it wasn’t the same.”

“I’m very proud of my country and feel honoured to represent it, that’s why after every win I point to the flag. But now, after 22 years I’ll be heading towards a new path. I still don’t know what it’ll be. If there’s one thing I’ve learned in life regarding myself is that once I set a goal I achieve it.

“When I have a goal I have motivation. As I returned to the training regime, two training sessions a day, I started to notice how hard it is. Suddenly my priorities had changed. Suddenly I didn’t want to watch my diet, or to get up early. I can’t see myself gaining that motivation back.

“As an athlete I’ve experienced it all, I’ve walked the mile, went through injuries, through the highs and the lows, and I know that without the right motivation it’s simply not possible to train. In Rio, I knew that there’s no chance I’ll be leaving without a medal. There was no other option. For me, it’s all or nothing, and that’s why I knew I couldn’t continue on this path. There’s no such thing as 50-50.”

“I’m completely at peace with Yarden’s decision, it’s not easy, but she grew up in an environment that she knows it’s impossible to continue without giving 100%. She came to a unique decision, in the national and international level. Most athletes don’t know when to quit. There were many things she could achieve in a professional level, but as I said, it cannot be done without at least 100% commitment.”

“Yarden is an amazing athlete and incredible person. No doubt that it’s a sad day for me. I hope that judo will continue to be a significant part in her life.”