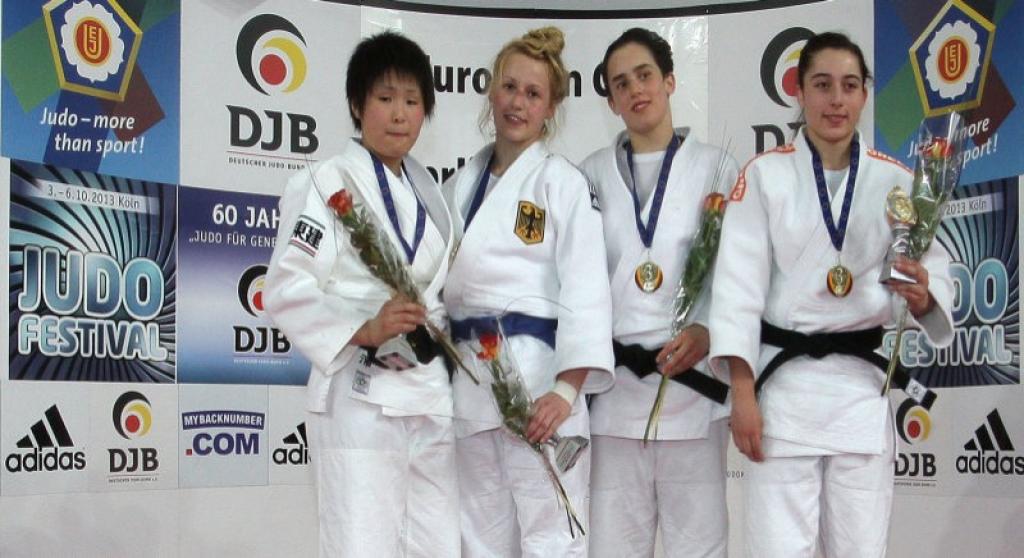 The Russian talents dominated the second day of the European Cup for Cadets in Berlin. Not only because of the three victories out of four chances, but also the strong athletes made impression.

The Russian men were as successful as the Japanese women in Berlin with both four titles, 50% of the shares. In Germany also the home gold medals were celebrated. On Saturday by Plafky and Szekely, on Sunday Lara Reimann (-63 kg) and Tim Gramkow (-73 kg) were successful in their weight classes.. Gramkow was the only to beat the Russian fighters. In total 34 nations fought from four different continents at a very high level and a good organisation. All in all it’s a great warmup for the major events for Cadets such as European and World Championships later on this year in Tallinn (Europeans) and Miami (Worlds). Also this year the European Youth Olympic Games in Utrecht will takes place.