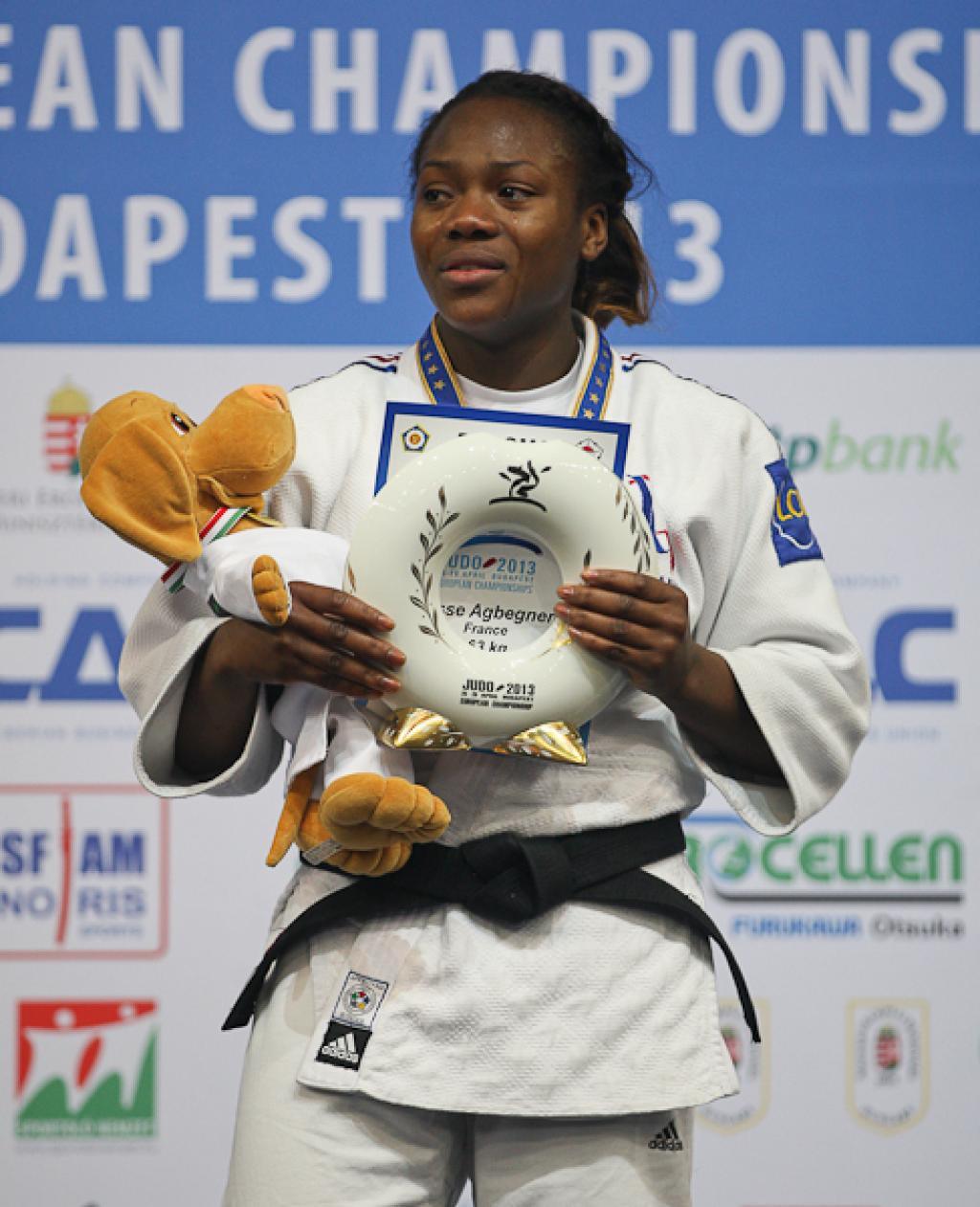 The first gold medal of the second day of the European Championships is for France. Clarisse Agbegenou needed less than a minute to defeat her Russian opponent Marta Labazina.

The 20-year old Agbegnenou was the favourite and highest ranked judoka in this class U63kg. The 26-year old Labazina was more of a surprise. Her performance was impressive by defeating Maelle Di Cintio (FRA), Anicka van Emden (NED) and youngster Szabina Gercsak of Hungary in her road to the semi final. Tina Trstenjak was the next victim of Labazina until she bumped into Agbegnenou, maybe the strongest in the world in this moment. Agbegnenou faces most of the competition in her own country by means of Gevrise Emane, now ranked first in the world.

Emane: “I only can be pleased after such a day. Last year I was third, this year I wanted the gold. I knew I could do it. After my success earlier this year at the tournaments in Paris and Düsseldorf, the only thing that was lacking was the European title. I hope to repeat this at the World Championships, but I know I have a strong rival in France Gevrise Emane.”

Last year in Chelyabinsk Agbegnenou already warmed up for this year’s final. In 2012 she defeated Labazina twice, both in the individual tournament as the team event on Sunday. This year’s edition wasn’t different and Agbegnenou caught the surprising Russian with a takeover.

The bronze final was more a thriller although Yarden Gerbi led comfortably from the start against Edwige Gwend. Gwend was in a ood shape and she has been finalist before in 2010. But this time the reputated Yarden Gerbi struck with a waza-ari and Gwend couldn’t make up this backdraft despite a good day and good match. Gerbi lost the final of the European Championships last year in Chelyabinsk.

Tina Trstenjak won her first European medal in her career. The Slovenian won the bronze final match against Hilde Drexler.

For Agbegnenou the year 2013 cannot have a better start with victories at the Grand Slam of Paris, the Grand Prix Düsseldorf and the European title.