AGBEGNENOU AND PINOT RETAIN TITLES AS GRIGALASHVILI AND STERPU ARRIVE 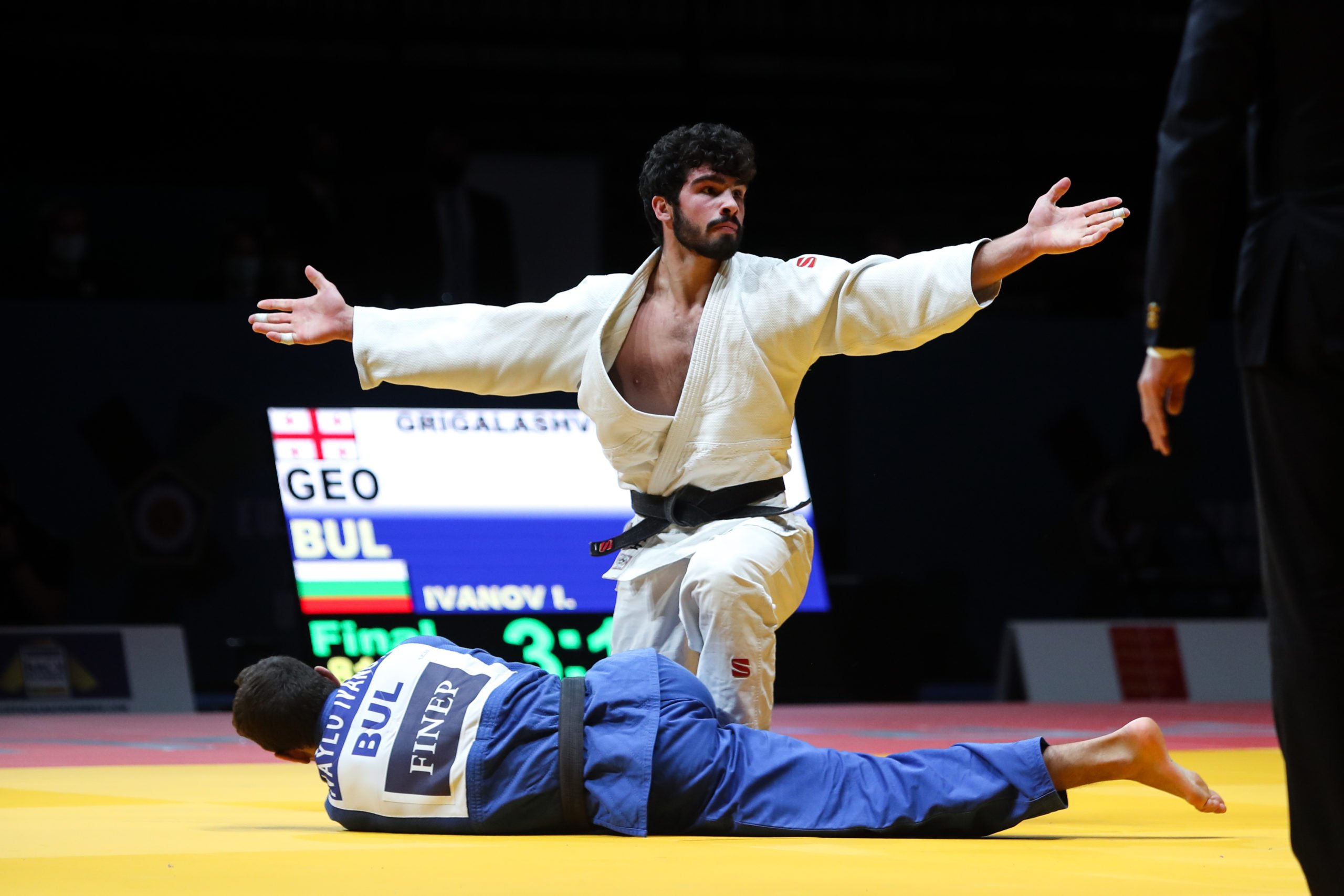 Defending European Champion and current World Champion Clarisse AGBEGNENOU (FRA) looked like one, fought like one and acted like one in taking her fifth European title. The odds-on favourite did not concede a single score, did not collect a single penalty and scored ippon in all her contests. Only once was Agbegnenou taken the distance and that required the experience of 2019 world bronze medallist Juul FRANSSEN (NED) who, in their semi final, had to submit to a neatly executed shime waza. The day had started well for Agbegnenou with a thumping tachi waza ippon in round two against Adelina Stefania DOBRE (ROU). This was followed by a powerful kansetsu waza in the quarter final against Angelika SZYMANSKA (POL) which meant that a win by osae waza was all that was missing to complete the set. But it was yet another punishing piece of tachi waza (ura nage) that after 22 seconds of the final downed Magdalena KRSSAKOVA (AUT) for ippon. Confirmation, if any was needed, that Agbegnenou remains one of the most prolific and consistent athletes on the international circuit.

With both the world number one and two in attendance the stage was set for an almighty showdown. The two athletes in question were current World Champion Marie Eve GAHIE (FRA) and 2019 European Games gold medal winner Margaux PINOT (FRA). It was number four seed Sanne VAN DIJKE (NED) who in the semi final dashed any chance of a top seed final match-up and consigned Gahie to the bronze medal contest. Pinot meanwhile, despite having battled her way through to set up a repeat of the 2019 final, was still searching for her first ippon of the day. It took just under a minute for Pinot to come up with a devastating left sided morote seoi nage that levelled Van Dijke for ippon. The French have several selection headaches to deal with. The nature of Pinot’s win suggests that this category is one of them.

Check out all of the gold medallist interviews on our YouTube channel!

It took Victor STERPU (MDA) a little time to work out his route to success in the European Championships. First he tackled the cadets back in 2016 when he finished 7th. One year later he tried his hand at the juniors without a result. In 2018 he had found his weight category but still no result. Next, in 2019, came his first outing at a senior European’s when in Minsk he bowed out in the first round. It seems as though that was enough working out for Sterpu, for in his next outing at the 2019 Junior European Championships he took the gold medal. Earlier in November Sterpu was trying his hand at the U23 European championships in Porec and, having worked things out, proceeded to take the gold medal. With hindsight one should have seen his gold medal winning performance here in Prague coming. Alright, perhaps not the gold medal, but certainly a mention as one to watch. The fact that Sterpu did not rate a word (sincere apologies for that) may possibly be put down to the fact that he was unseeded. In any case, his win here puts the Moldovan comfortably within the qualification table. He is unlikely to go unnoticed again, that much has been worked out.

In a mirror image of Victor STERPU (MDA) in the -73kg category Tato GRIGALASHVILI (GEO) has placed first in the -81kg category at the 2019 Junior European Championships, the U23 European Championships and now here in Prague at the Senior European Championships. They are the only two athletes to have done this and, as if to emphasize the symmetry between the pair, they both collected bronze medals at the 2019 Junior World Championships. What will be remembered, apart from the coincidences, is the exciting nature and attacking flair that Grigalashvili brings to the tatami. In his semi final the Georgian had to get past 2019 European Games gold medal winner and current world number one Matthias CASSE (BEL) and that after having defeated team mate Luka MAISURADZE (GEO). It was a double edged win for Grigalashvili as it puts some distance (not huge) between himself and Maisuradze. The final against Ivaylo IVANOV (BUL) saw the Bulgarian having to settle for second place again having been runner-up to Casse last year. Grigalashvili can now look forward to doing battle with Sagi MUKI (ISR) when the current World Champion returns to the fray.