Alexander Mikhailin in the driver seat for London 2012 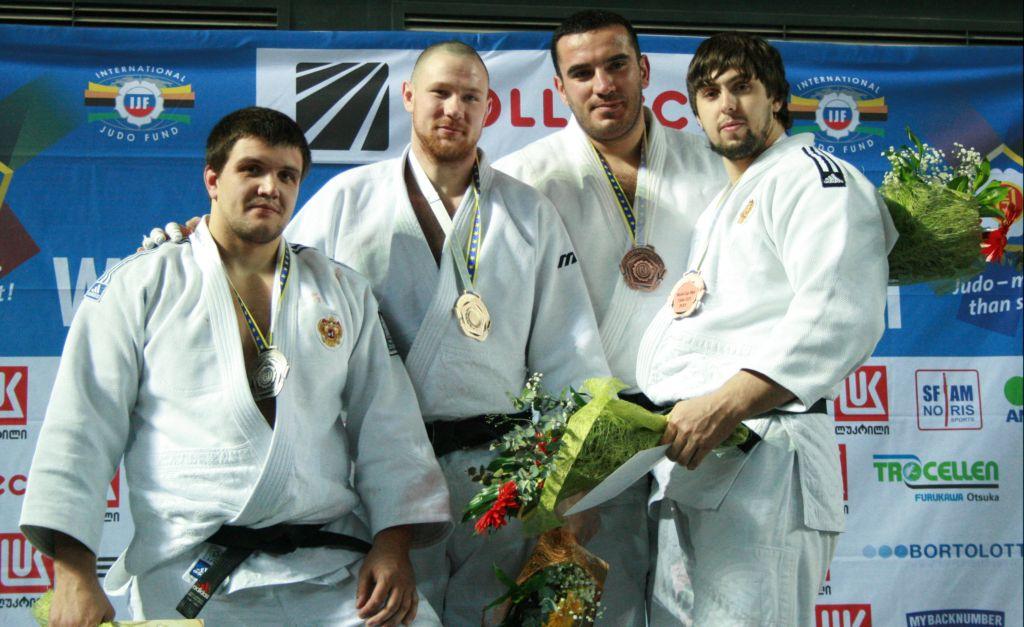 Russia dominated the World Cup in Tbilisi. The men’s heavyweight category was an All Russian final between good old Alexander Mikhailin and Andrey Volkov. Triple World Champion Mikhailin seems to be back on track for Olympic Qualification after he defeated Volkov by his typical throw where he also defeated other opponents today.
Mikhailin is chasing Olympic dreams and is in the driver seat now.

The gold medalist of the World Championships in Munich in 2001 was always in a competition with Tamerlan Tmenov and never qualified for the Olympics.
In 2001 Mikhaylin was ready to take on the best in the world and he did so in emphatic style winning both the +100kg and the Open. He set his sights on the Games in Athens in 2004 but, with Tmenov still Russia’s choice at +100kg, Mikhaylin was forced to drop down a weight and seek to qualify at -100kg but that experiment was quickly aborted.
With Tmenov retired, and Mikhaylin handily placed at 29 in the IJF World Ranking List, London 2012 could be the chance to realize his dream.
Georgia celebrated the only bronze medal in this category by Zviadi Khanjaliashvili.

Russia also won gold in the U100kg class where Askhab Kostoev defeated Hungarian Daniel Hadfi.
In the U90kg category two Ukrainian fighters qualified for the final. World Junior Champion of 2009 Nhabali Quedjau won four matches but couldn’t defeat team-mate Vadym Synyavsky. He won his second ever World Cup after the 2009 Chinggis Khan World Cup in Ulaanbaatar.
Last year the women’s World Cup of Tashkent also had a Ukrainian final. The last time the Ukrainian men were together in a final was in September 2008 were Vitaliy Dudchyk and Ilya Chimchiuri were in the U81kg final in Drammen (DEN).
Russia won the two bronze medals.

Georgia was happy to see a full Georgian final. Avtandil Tchrikishvili defeated Davit Karbelashvili in the final U81kg. Last year all medals were gained by the Georgians. Today Ahmet Sari (TUR) and Elkhan Rajabli (AZE) were able to win a bronze medal. Not so many medals as perhaps expected but the level was higher this year. Eight more countries and 52 more judoka.

The Georgians honoured two big icons yesterday Nestor Khergiani and Zurab Zviadauri. The new potential medalist are now guided by Peter Seisenbacher who helps the Georgian team with the finishing touch to be ready for the 2012 Olympic qualification.