All Belarus party at European Open in Tbilisi 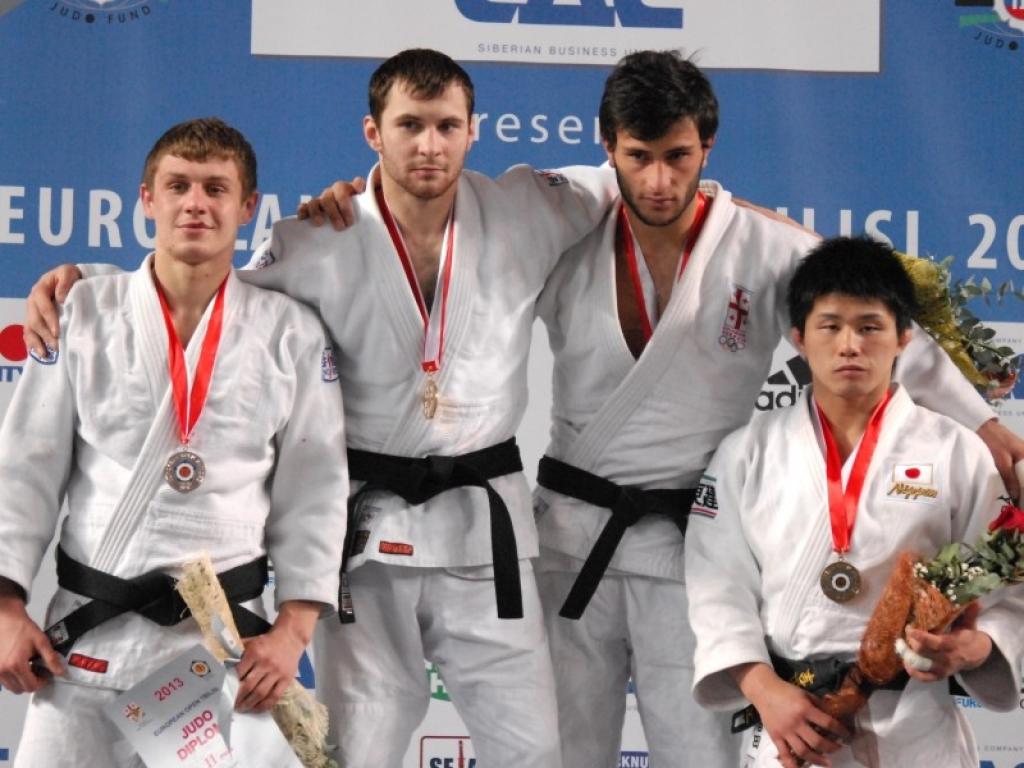 Japanese super lightweight Kido Shinji proved to be the class of the U60kg as he took gold on the opening day at the European Open in Tbilisi. Kido defeated Kazakh youngster Yeldos Smetov in an exciting final. Home favourite and Number one seed Amiran Papinashvili of Georgia had to settle for bronze as did his countryman Paata Merebashvili.

In the U66kg category the title went to Dzmitry Shershan. In an all Belarus final against Vadzim Shoka, it was Shershan that came away with a narrow win. In the absence of Georgian Olympic champion Lasha Shavdatuashvili it was left to Tristan Peikrishvili (GEO) to squeeze onto the podium and take a bronze medal alongside Yoshida Yuito (JPN).

Sagi Muki of Israel was the surprise winner of the U73kg as he accounted for Dmytro Kanivets UKR, Giorgi Papunashvili (GEO), Alexei Astafev (RUS) and the strong Husein Rahimli (AZE) on his way to the final where he defeated the promising Yertugan Torenov (KAZ). The bronze medals were won by Rahimli and Astafev. Not a single contest went to golden score as concerns about the introduction of new refereeing rules proved unfounded.

Before the beginning of the European Open of Tbilisi there were many conversations among the participants about the new competition rules introduced this year. Many people including coaches had doubts which the EJU and IJF tried to prevent to communicate them at the IJF technical updates. But it turned out that today many more ippons were scored and no golden scores were needed. Nonetheless the judoka had to get used to the new rules but had adapted it greatly.

It seems that the Judo Greek superstar Ilias Iliadis, who was born and raised in Georgia, prefered to observe the changes. But most athletes adopted the rules fast an quite natural and they reacted positive on the referees’ decisions.

The most of the judokas  already knew that leg grabbing was strictly prohibited unless an attack  mmediately follows and only a few judokas received penalties by Hansokumake.

The first upset of the tournament U73kg was when Nugzar Tatalashvili was disqualified, an backdraft for Georgian Judo fans. He lost his first fight against  a judoka from Iran.

Nonetheless it was Belarus leading the medal tally after day one due to the success U66kg.

Witness day 2 with our live video feed and enjoy the photos of today here: