ALL EYES ON MARIANA ESTEVES 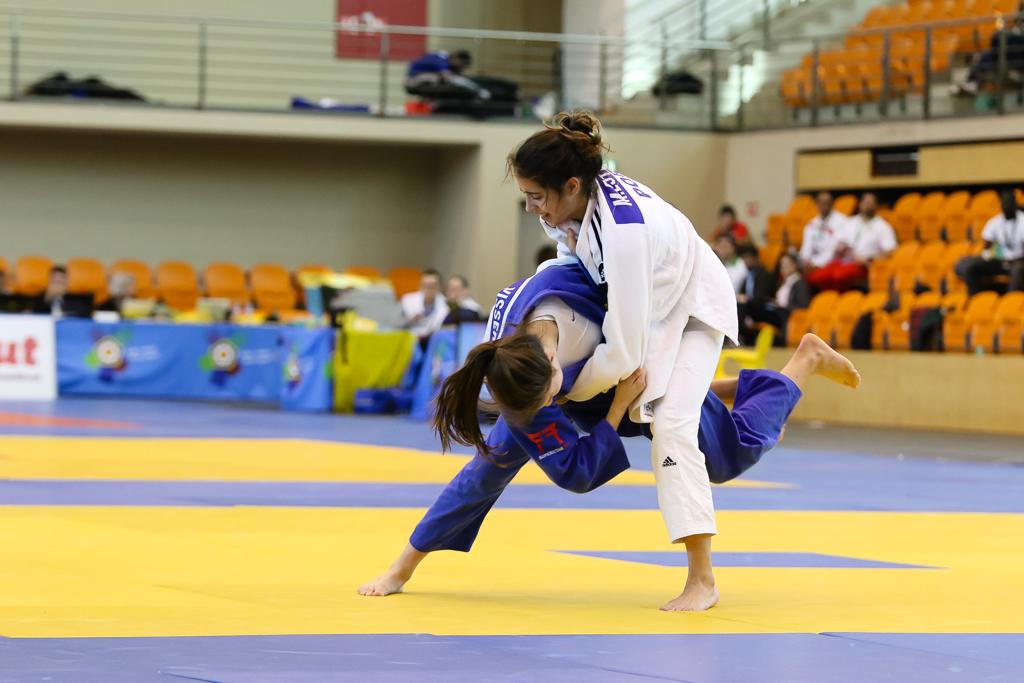 The European Junior Tour has officially started this weekend. Once again Portuguese city of Coimbra had a pleasure to host the kick-off event of Junior season.

Coimbra welcomed the participants with beautiful weather. Through big windows of modern Mario Mexia Sports Hall they could see that famous Portuguese sun shining. Inside the hall, who was shining were local girls led by Mariana Esteves (-52kg) – last year’s winner and this year’s silver medalist.

Esteves (-52kg) reasserted her position of the rising star of Portuguese female judo. After winning the bronze medal of the Junior World Championships 2015, she has been on the crest of a wave. Her dominance on a national level was confirmed last month, when she claimed gold at Portuguese Junior Championships.

Although the final match didn’t go the way she hoped and the gold went to 16-year-old Jorien Visser (NED), Esteves was pleased with her result.

“I didn’t enter the competition well, so I’m glad the following fights went good and I made it to the final. I missed the gold just by a tiny bit”, said Esteves. “This is my last year as a junior and my goal for this year is to win a medal at European championships. After that I would like to start competing in senior events and gaining points in senior ranking” she explained. “If she continues to train with her dedication, discipline and drive, and if she is lucky enough not to get any major injuries, she will become a great senior athlete, not only in Portugal but on the international arena. I believe that”, added Mariana’s coach.

A pleasant surprise was an excellent performance by Patricia Matias, also a National Champion, who won silver in -48kg category, making the local crowd very happy. With no doubt she became the one to watch in that category.

At the end of the day it was, once again, the Dutch team that won the most medals, scoring in total five golds. Tomorrow continues the Junior European Judo Cup Coimbra, stay tuned and follow the local stream live at http://randori.pt/TV/ .