All gold for Japanese women at IJF Grand Slam of Tokyo 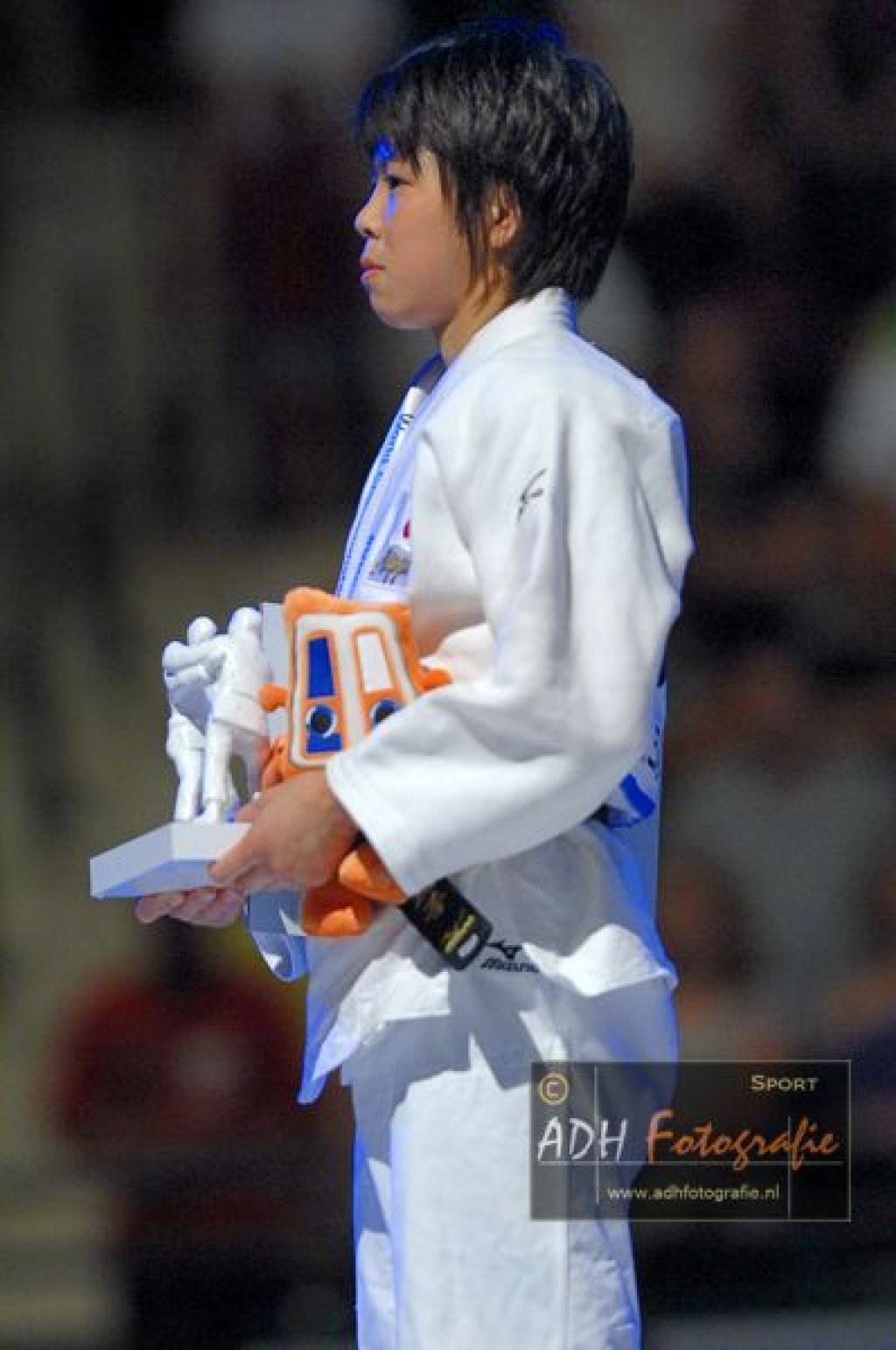 It is no secret that the Japanese are number one when it comes to women’s judo. Nevertheless their domination of this event was overwhelming particularly when one considers that most of the world’s best were competing here in Tokyo. Prize scalp of the day was surely -57kg world champion Morgane Ribout (FRA) who for many began the day as favorite. The draw had placed Japan’s world championship selection Kaori Matsumoto in the opposite half and so a replay of their world championship semi-final loomed large. Ribout began by Perenc (POL) and then Nonaka (JPN) to reach the quarter-final where she would face either reigning Olympic champion Quintavalle (ITA) or Hein (GER). In the end it was Hein, who having defeated Quintavalle with a lightning fast tomoe nage, put up a spirited battle, before thrown twice for waza ari. Her path to the final almost secured Ribout waited for her semi-final opponent. This turned out to be Hitomi Tokuhisa (JPN) who defeated Su (TPE), Franssen (NED) and Caprioriu (ROM) on her route to face Ribout.

Meanwhile in the lower half of the draw Matsumoto was working her way through her opponents. Carmichael (USA) was first to fall followed by Clark (GBR). The prospect of a Matsumoto v Karakas (HUN) semi-final looked promising. But Aiko Sato (JPN) put an end to that idea when she somewhat ironically caught Karakas in newaza where the Hungarian gave up a yuko and was unable to pull it back. Sato then went on to defeat Bellorin (ESP) to book her semi-final place. Matsumoto found it tough going against Sato and a split decision after golden score was all that came between them. The Ribout vs. Tokuhisa match raised the roof when Tokuhisa threw Ribout with ippon seoi nage for yuko and quickly followed in newaza with kamishiogatame for ippon. This brought about another all-Japan final in which Tokuhisa, having scored waza ari early with uchi mata, managed to keep Matsumoto at bay to take the gold medal.

World champion Misato Nakamura (JPN), the favorite in the -52kg category, had a relatively problem free path to the final where she met, somewhat surprisingly, the experienced Petra Nareks (SLO). Having defeated Miranda (BRA) in newaza in the semi-final Nareks looked in good form. But Nakamura turned the tables on her in the final catching Nareks in newaza first for yuko before regaining control and rolling Nareks into kamishiogatame for ippon. Nakamura is part of the Sugimoto group that includes Fukumi, the Ueno sisters and Tokuhisa among others whose newaza skills are formidable.

The -48kg belonged almost exclusively to Japan. Menezes (BRA) was the only non-Japanese who managed to get on the podium for a bronze medal. Emi Yamagishi (JPN) lost by a yuko (scored with tomoe nage) to Kaori Kondo (JPN). The final was a very close and tightly fought affair that was won in the end on a single shido with Fukumi taking the gold medal.

In the +100kg Kazuhiko Takahashi (JPN) chose the Tokyo Grand Slam to post his best result ever. He succeeded in throwing crowd favorite former world and Olympic champion Keiji Suzuki with osoto otoshi for ippon in the final. Hwang (KOR) who with only 16 seconds remaining scored yuko with a ko uchi gari leg grab to defeat Anai (JPN) won the -100kg category. Both Anai and Hwang had looked impressive all day and both had spectacular ippon wins in their respective semi-finals. Hwang threw Zhorzoliani (GEO) with eri seoi nage whilst Anai threw the dangerous youngster Lukas Krpalek (CZE) with ippon seoi nage. But for Hwang it would have been gold all day for Japan. But nothing could stop the Japanese women.