All reactions of the men's European Team medallists 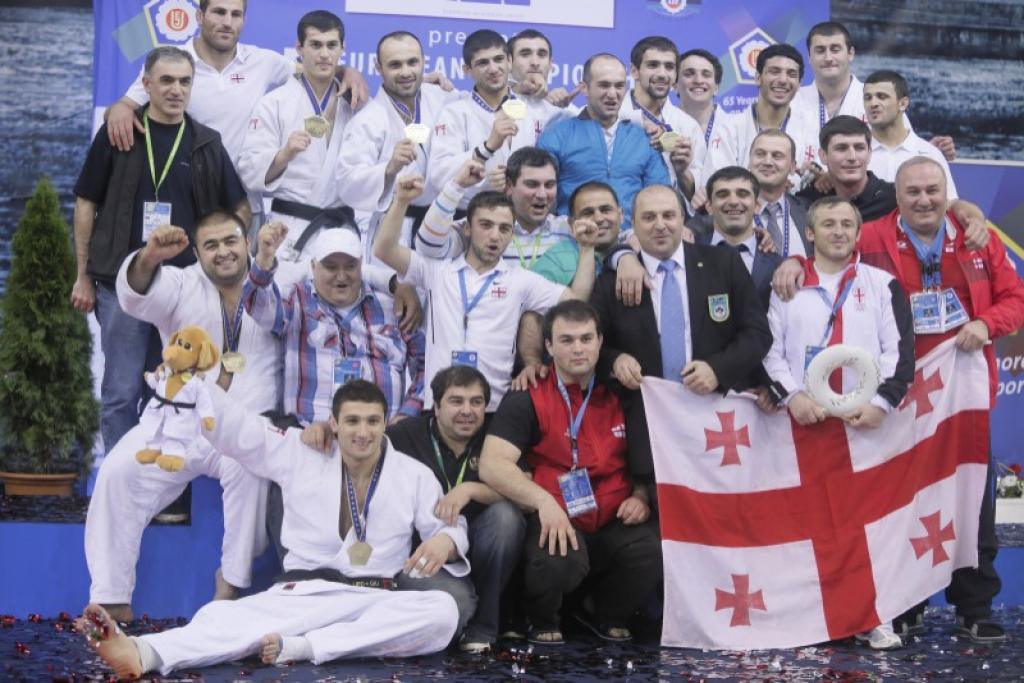 Varlam Liparteliani (GEO), team gold: This win means everything to me, to our team, to our country. I was very nervous in my fight, because I knew I could get the decisive point. It was very important that I did it. We had a strong team here at the European Championships, we got three gold medals, three silver, one bronze, but it is not about the individual medals, the most important was the team event. Today everybody wins, everybody is happy. (On beating Russia like last year) Russia is a strong team and they are good athletes. I feel sorry for them, but sometimes you win, sometimes you lose.

Kamal Khan-Magomedov (RUS), team silver: I think our team did okay today. We didn’t have our strongest team here, though. Not only our Olympic Champions, also some other of our best athletes were not competing. The refereeing could have been a bit better, especially in the three matches at the end.

Georgiy Zantria (UKR), team bronze: We could have done more, but each medal is valuable. It is very nice, we have a lot of young athletes on the team and it is their first medal. We didn’t have our best team here, so we hope to be even stronger next time. The semifinal against the Russians was very hard. (On fighting the Hungarian team on home turf) Their team is not so strong so we knew we should be able to beat them.

Marc Odenthal (GER), team bronze: It is crazy. We wouldn’t have believed it if someone had told us this morning with the draw. But we’ve talked last night and this morning we all felt very good and we felt we can do it. And then each of us surpassed himself a little. It is great for our team after the year we’ve had. Now I think our team is on the right way.

Robert Zimmermann (GER), team bronze: (On winning the decisive match) As the heavyweight you’re always the last one, and sometimes it depends on you. I knew I had to do it and it worked out.

But I want to say that this clearly was a team effort today. Our moral was great today. We fought through it. We were only six and we didn’t even switch (competitors). Everyone gave it all, also Sebastian Seidl, although he was injured.