Amazing judo at the first day of European Cup in Podčetrtek 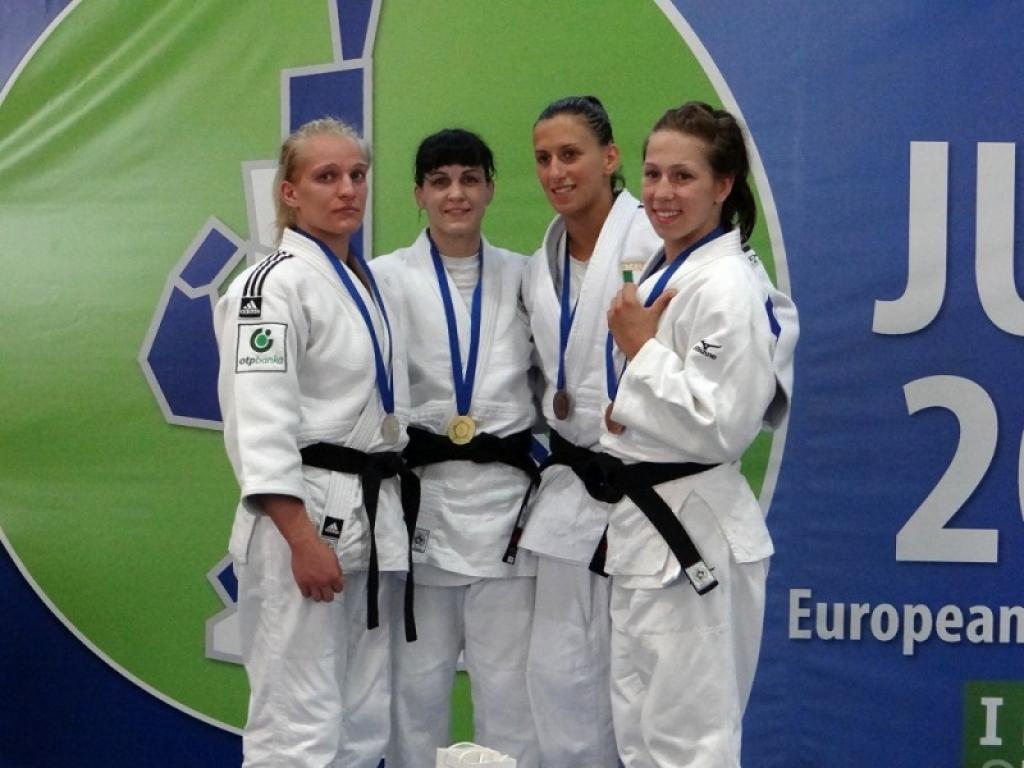 For the first time the European Cup held in Podčetrtek. In the beautiful Sports Hall, which is part of accommodation resort Terme Olimje. The home crowd enjoyed spectacular judo with a lot of surprises and big throws. The home star Petra Nareks who won six european medals in the category U52kg On Saturday she surprised all the main favourites in the U57kg category. Nareks defeated in the final Croatian Andrea Bekič and claimed the first gold medal for Slovenia at this European Cup. The bronze was for Alessia Regis from Italy and Beauchemin Pinard from Canada.

Also the Slovenian men took a medal by Matjaž Trbovc in category U60kg who lost in the final against Adrien Raymond from France.

The French Team dominated the category U52kg where in the French final Lucie Duport beat Penelope Bonna. That is also a surprise because Bonna is former European Champion from Istanbul 2011.

In the category up to 73 kilograms was one of the biggest favorite European Champion from Budapest Rok Drakšič who after two victories he lost two fights and stayed at the seventh place after he injured himself in the last fight. The winner in this category was Romanian Costel Danculea, as he beat in the final Russian Feliks Galuaev. The bronze medals were for Christopher Voelk of Germany and Arthur Clerget of France.

In the category 48 kilograms it was not a surprise that the title was claimed by Romanian Violeta Dumitru. Katharina Menz from Germay finished second second and bronze medals were for Renata Kiss from Hungary and Russian Mariya Persidskaya.

The winner in the category u66 kilograms was Arsen Tolasov from Russia who beat Hugo Fonghetti of France . Cunnar Kops continued his recent success in Tallinn with a good bronze medal in Celje. Austrian fighter Alexander Weichinger joined him on the bronze stage.

Watch the photos of the first day in Podčetrtek including the opening ceremony.