Amel Mekic puts Bosnia and Herzegovina on the map 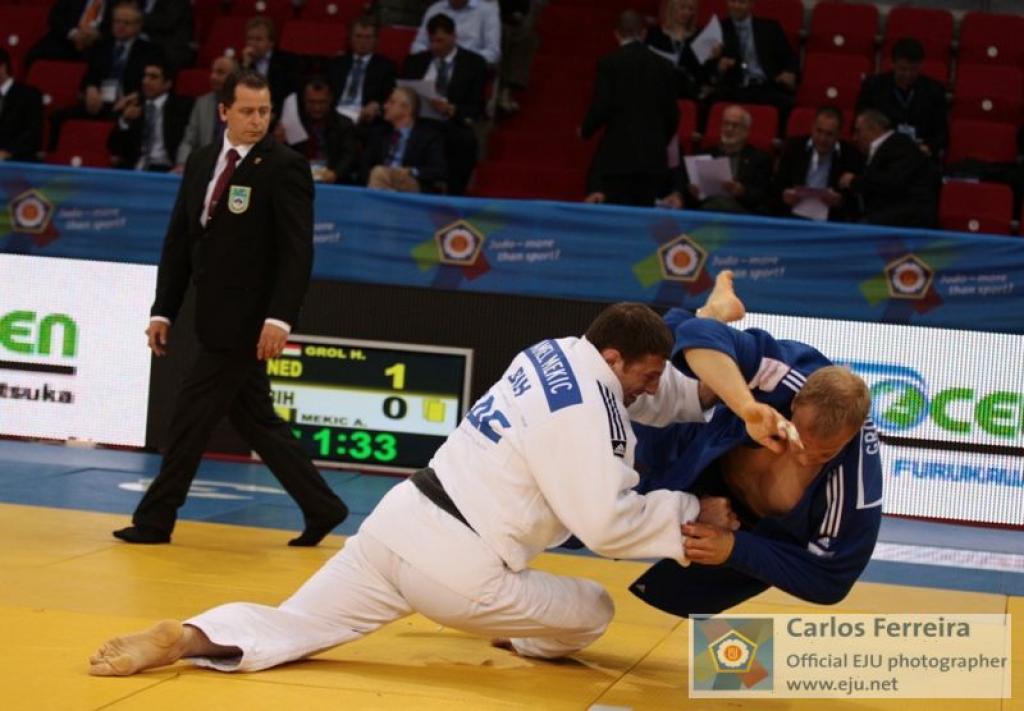 Amel Mekic has done a great job for his country. Today he won the European title. Never Bosnia and Herzegovina enjoyed a European champion. In the final Mekic was stronger than his opponent Levan Zhorzholiani (GEO).

It was a sensational day anyway. Mekic previously defeated Henk Grol (NED) and Ariel Zeevi (ISR), not the least in the circuit.

Other favourites also lost early: Sergey Samoylovich and Tagir Khaibulaev from Russia, Irakli Tsirekidze (GEO) were a few of the victims.

Bosnia successfully organized the European u23 Championships last year but the sport successes are obviously more important. Amel Mekic won the best ever medal for his country.

Irakli Tsirekidze (GEO) won the bronze medal. He defeated Strong Lukas Krpalek (CZE). Tsirekidze collected his third European medal. In 2007 he won silver, in 2008 bronze. Those medals seemed to be a great step for further success. In 2007 he won the world title, in 2008 the Olympic title and in the end of 2010 he wanted to retire but came back successfully with renewed energy.
Jevgenijs Borodavko won a bronze medal after overcoming Cyril Maret from France. Earlier today Maret sensationally defeated Elco van der Geest (BEL), the 2010 European Champion. Borodavko was defeated by Amel Mekic in the semi final but could win his second European bronze in his career. In 2009 he won in Tbilisi.