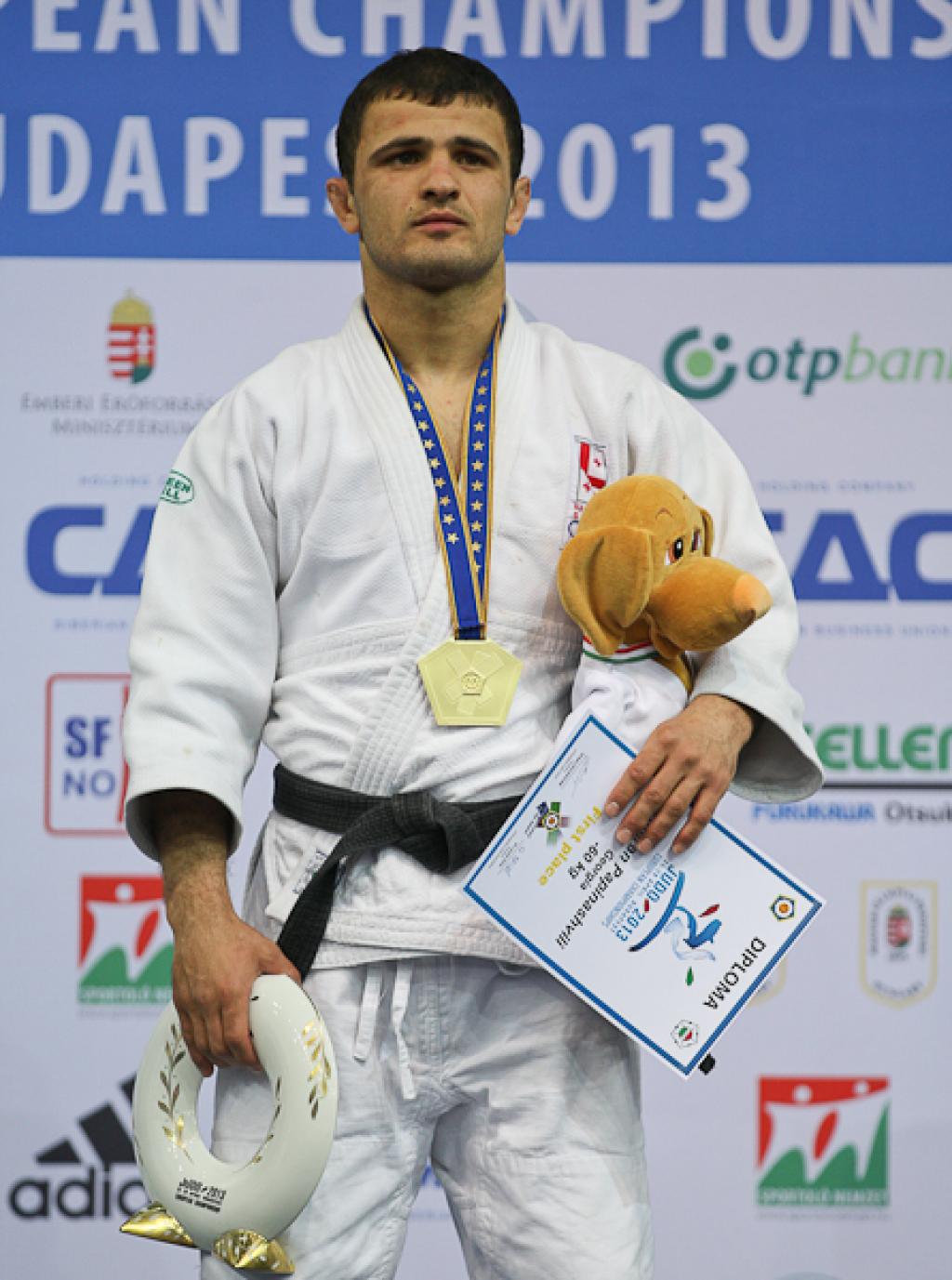 Amiran Papinashvili took the European title in the men’s U60kg. In the final he was able to defeat Ludovic Chammartin, the surprising finalist from Switzerland.

Papinashvili was the favourite in advance as highest ranked judoka at the IJF World Ranking, as fourth of the world. Papinashvili defeated Shirinli (AZE) and Petrikov (CZE) in his first matches and Ashley McKenzie in the semi final. McKenzie celebrated his first European medal at senior level. Earlier he won the European U23 title and a lot was expected, but it took two years to get to this top level. Artiom Arshansky (ISR took his first European medal and he gives Israel again a boost after last year’s European title by Ariel Zeevi. Papinashvili takes over the title of Beslan Mudranov (RUS). He defeated Vugar Shirinli (AZE) and Pavel Petrikov on his way to the semi final when he defeated McKenzie.

The winner said: “It is the dream of each judoka to win when you come to the European or World Championships. Today this dream came true for me in Budapest. (On winning the title after taking bronze one year ago) Since last year, I’ve gotten more experience and after the bronze medal last year I pushed myself in training. This helped me to win today. (On the competition day) The hardest match was the first one against the Azeri Vugar Shirinli. He is a very strong opponent.”

For Switzerland it is the first European medal for men since 2006 when Sergei Aschwanden won bronze. He was also the last finalist, ten years ago when Aschwanden won U81kg. Switzerland had never won a medal in the lightweight category U60kg.

“It is m first medal and it is a great satisfaction for me. The day started well with a good warm up. I had some difficult bouts today. The Final was the hardest one.  Of course I wanted to win once I was in the Final but coming second is already a great result for me. (On future goals) We’ll have the World Championships in August and I will prepare for this” said Chammartin.

Israelian bronze medallist Arshansky was very satisfied about the circumstances: “I am very happy. I am still young, but I already fought at the Olympic Games in London. This is my first medal at the senior level. It means that I am now among the top athletes in Europe. (On the Papp Laszlo Arena) I have been to competitions all over the world, but this is the most beautiful arena I’ve seen.”

The British bronze was very welcome said Ashley McKenzie: “Now I can proudly say that I am a medalist at the European Championships. It was a big fight today. My coach Darren Warner prepared me well, also mentally. Last week he motivated me and said ‘don’t worry’.”