Anai takes revenge on Hwang at IJF Masters in Suwon 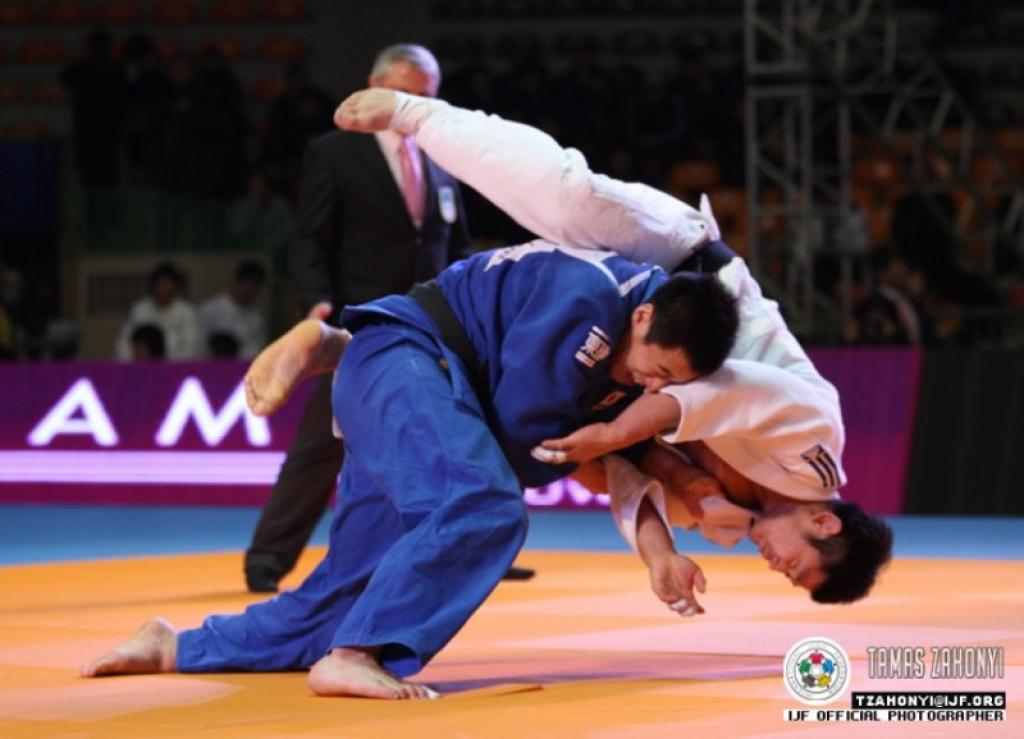 Last day of competition in Suwon for the Judo World Masters saw another beautiful sequence of ippons and “old” and “new” judoka crowned “masters of judo”.
If the Japanese woman were unbeatable on Saturday, first day of competition in Korea wining all four gold under contest (48kg, 52kg, 57kg, 63kg), on Sunday the Japanese anthem was not heard in the female divisions. Experienced Celine Lebrun (FRA) proofed once again to be ahead in the 78kg category as she took gold and confirmed the first place in the World Ranking List. In the absence of Tong Wen (CHN), another Chinese took the honor in the highest step of the podium in the Female Heavy-Weight: Qian Qin. In the 70kg division, gold for Ye-Sul Hwang (KOR).

It was the men´s task to bring Japan back on top. And Takamasa Anai (100kg) and Takashi Ono (90kg) did well. Both World Ranking leaders in their weight categories, they defeated respectively Kirill Denisov (RUS) and Hee-Tae Hwang (KOR), both appearing in second place in the WRL. Those were the only two finals in the World Masters where number one and two meet in the final. In the two cases, number one won.
At the Grand Slam Japan Hee-Tae Hwang defeated Anai in Japan, now it was the other way around and on Hwang’s Korean soil.

Among the 81kg men, Jae-Bum Kim (KOR) was crowned champion, with Axel Clerget (FRA) being the surprise of the day with silver. But France had its biggest star to wrap up the day: Teddy Riner. After two world junior titles, two world senior titles and one world open title, Riner beat Kenji Suzuki (JPN) to get his first victory in 2010.
Overall in the two days of competition, there were around 80% of the contests finishing by ippon or wazari. Only three athletes were disqualified by leg grabbing (hansokumake) and for the first time in years that no fight was decided by the judges (flag decision, hantei) in a major IJF competition. The World Masters in Suwon shared US$ 200.000,00 prize money and world ranking points.