ANYONE, ANYTIME, ILYASOV PROVES HIS READINESS 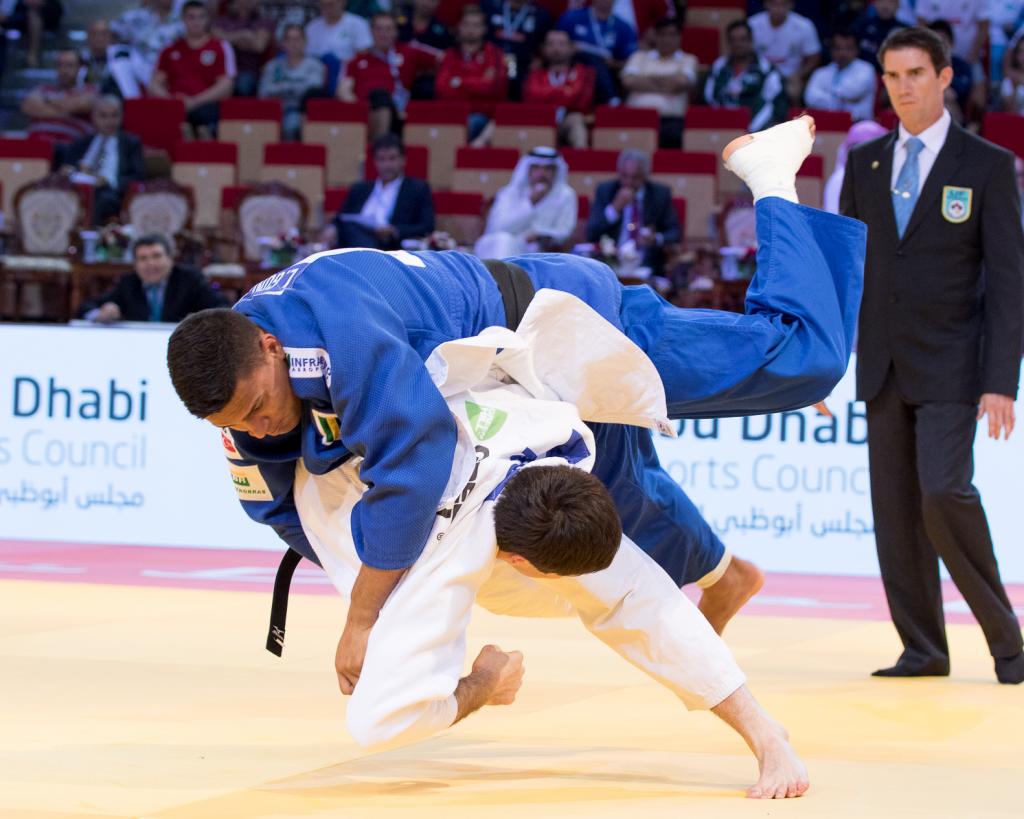 Number one seed in the -100kg category, 20 year-old Niyaz ILYASOV (RUS), showed incredible maturity in his gold medal winning performance on the final day of individual competition of the Junior World Championships in Abu Dhabi. He has a superstition of not wanting to know who his opponent will be until he is called to the mat

Ilyasov’s opening contest was against 17 year-old IIDA Kentaro (JPN) about whom not a great deal was known. He’d practiced with Iida at a training camp in Tokyo but had never faced him in competition. It was not surprising that Ilyasov was watchful, especially as several of his teammates had drawn Japanese opponents in their opening contests. Only a single shido separated the pair at the end of a very tactical battle, and it was Ilyasov, as winner, who proceeded to the second round. Thereafter, Ilyasov found another gear and he moved smoothly and skilfully past HONG Jin Su (KOR), Nikita AZAROV (KAZ), Domenik SCHOENEFELDT (GER), all by ippon, to take his place in the final. His opponent in the final was number two seed Leonardo GONCALVES (BRA) who shown some exciting judo throughout the day. But Ilyasov was unstoppable and threw the Brazilian for yuko then ippon within a minute and half to take the gold medal.

Ilyasov is from a small club in the town of Rostov, a little over one hundred kilometres north of Moscow. This is his last tournament as a junior but he stressed that he was looking forward to the teams tomorrow. “We seemed to have been drawn against the Japanese very often in these championships, but at least we don’t have them in the team event, perhaps in the semi final if all goes well for us,” said Ilyasov. When asked about his plans for the future Ilyasov said, “I’m going to be taking a rest now, well, at least until the Russian championships and, unlike some of my team mates who are from big clubs, like Tamerlan BASHAEV, I won’t be competing in the European Club Cup in Tbilisi.”