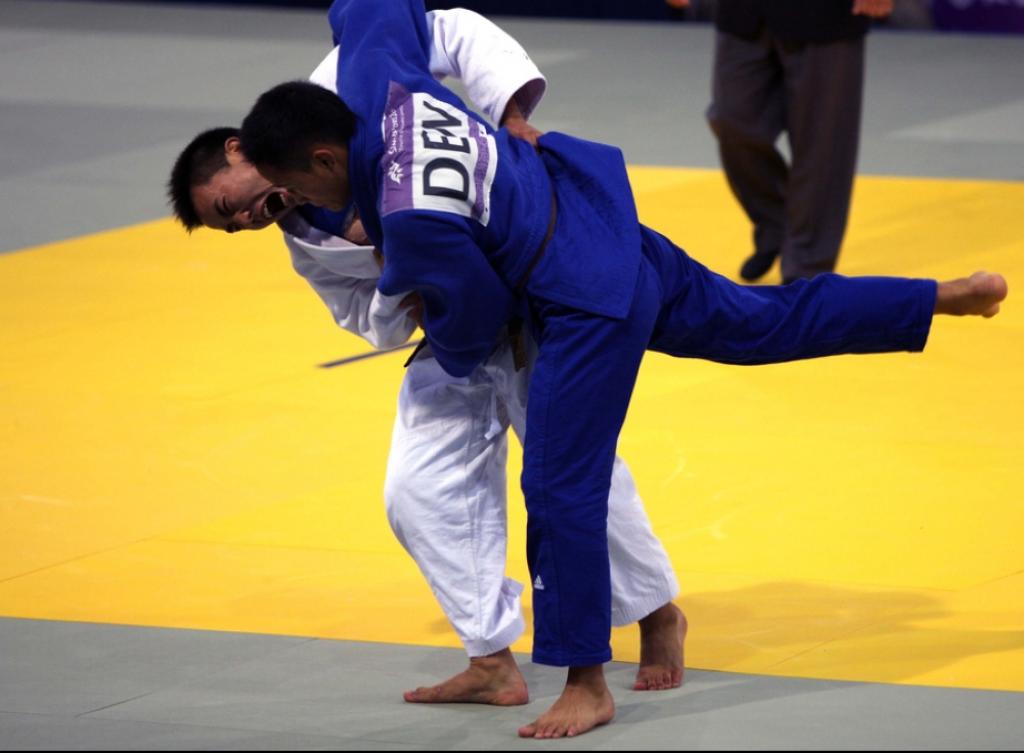 American Max Schneider followed a carefully planned strategy to take the gold medal in the boys’ 66kg judo on Saturday, beating Hyon Song Chol (PRK) by Ippon (full point) for a counter attack.
Two European fighters finished third. Bronze medallist Davit Ghazaryan (ARM) was happier about his result. “I want to thank my parents, my coach and everyone who supported me. And now I will celebrate with the girls,” he said. To win the bronze medal Ghazaryan had to beat his friend Beka Tugushi from Georgia.

“It’s unbelievable. I’ve always been dreaming about this”, he said.

Cai showed convincing form throughout the day, even though he had lost his first match. “I was nervous in the morning and angry when I lost my first match but the coach gave me the right advice,” he said.

Cai’s mother, who moved from Vietnam to Denmark 26 years ago, had travelled to Singapore to watch her son: “She will be very happy. My mom is in the stands and she will be crying now,” he said.

Gold medallist Schneider (USA) was the great surprise today and won the first ever Olympic gold medal for the USA. “It did not feel like a strong attack, I just reacted,” said Schneider. “Me and my coach had a game plan. He said if I stick to my plan nothing can stop me. He was right, I stuck to my plan and I came up as the winner.”

His plan: “Keep my own pace, play my judo, get my grip, attack when I want to attack, keep pressuring him. Schneider was injured on his shoulder and even operated in April, so was extra happy to win in Singapore.