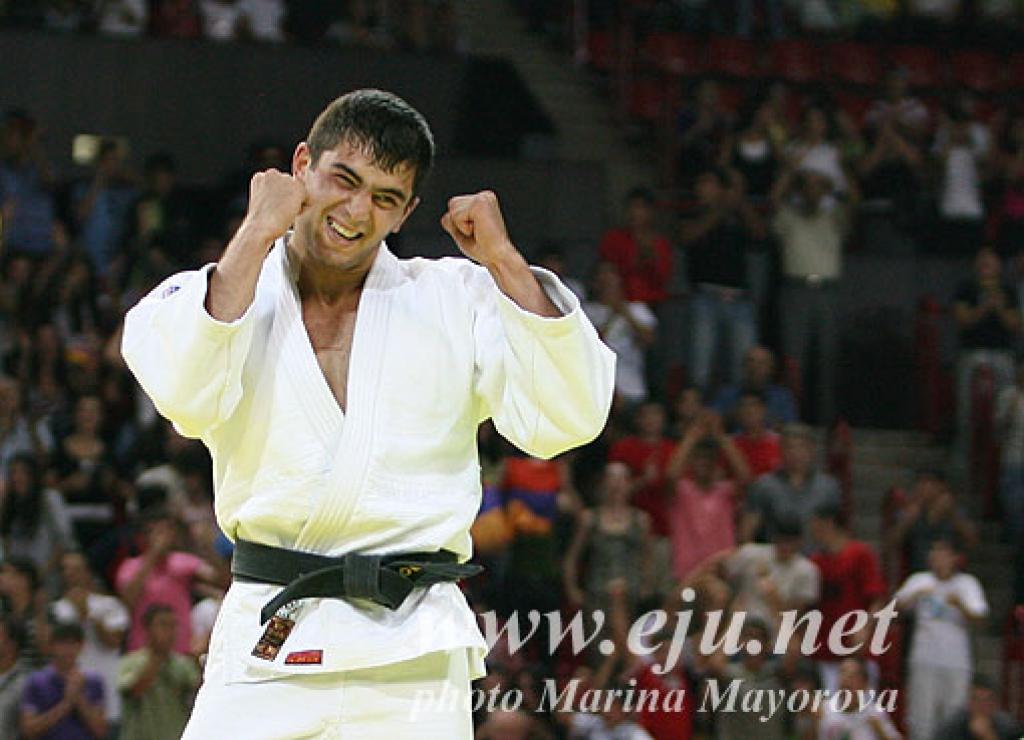 19-year old Hedvig Karakas (HUN) won the gold at the European U20 Championships U57kg. She also won a bronze medal at the senior Worlds in Rotterdam. It’s her fourth European junior medal. She also won silver twice in 2007 and 2008, and bronze in 2005.
Hungary have never ever welcomed two European U20 titles in one day. In 2004 in Sofia, Hungary won three gold medals in total, all at different matchdays.

In the U73kg category Armenia celebrated its first ever and thus historic gold medal for the host nation. Artyom Baghdasaryan (ARM) won the gold beating David Tsokouris from Greece.
In the great sports arena in Yerevan everyone was standing on the tribune and applauding for the first U20 European champion. A kind of repetition of the first ever European U23 medal of Armen Nazaryan which was also held in Yerevan. Two years later Nazaryan celebrated his gold medal at the senior Europeans.

The whole day the atmosphere was really great and the opening ceremony was impressive with lots of acrobatics, swinging singers, culture and all modern elements of an opening ceremony.

In the U63kg weightclass Edwige Gwend (ITA) finally won the first gold for Italy since 2003. Rosalba Forciniti was the previous winner of the the European junior title for her country. Gwend’s medal was the ninth gold ever for the azzurri.

Hungary is now leading the medal tally winning four medals, including the two titles of today.

Whatch all pictures in our gallery below: