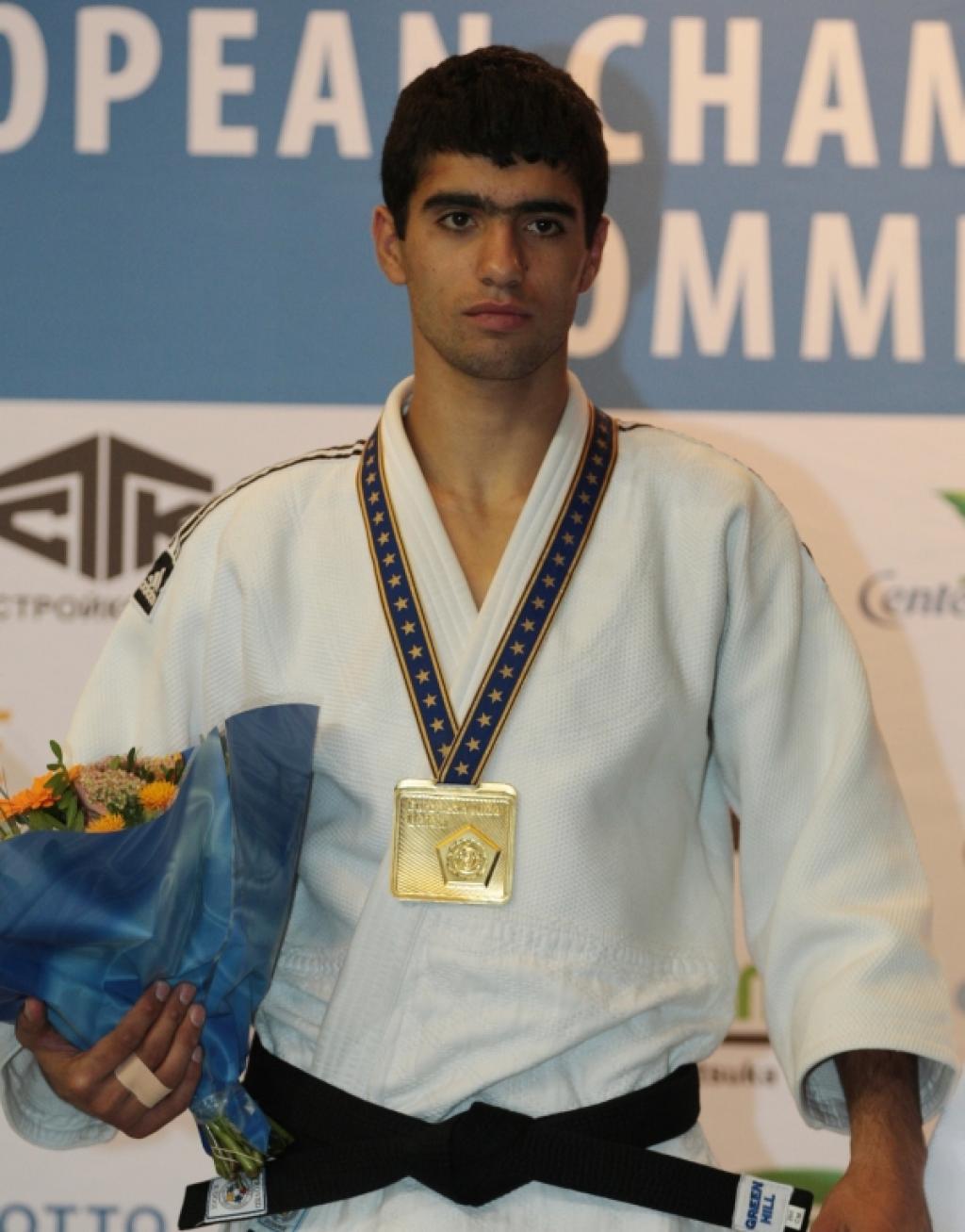 The final in the men’s U60kg category showed the taller Gor Harutyunyan from Armenia against the speedy Vincent Limare of France. Gor, the older brother of Garik had the better grip on his opponent and could counter the match in to his benefit. After more than two minutes he started one attempt to catch Limare and that attempt took minimum five powerful seconds but with his weight difference he could persist in his throw and got Limare on his back by uchimata.
A historical day for Armenia winning two European titles at one day and with his brother Gor he celebrated their joint two gold medals.
In the senior category the Dutch Van der Geest brothers both won the European title in 2002.

The first one two a European Junior medal was Artyom Baghdasaryan in 2009 on his homeground in Yerevan. For Armenia Gor won the fifth ever European title, Armen Nazaryan won gold U23 in 2003 and gold in the senior Championships two years later. Only the U17 European title is missing but with a bright future for the Armenian judo youth that day will come as well.
Gor and Garik stood on the podium together for the present photographers.

German Kevin Schuchardt won a bronze medal in his last fight against Eugeniu Vree from Moldova. Schuchardt had lost his semi final against Vincent Limare.

Russian Aram Grigoryan impressed again, now in his bronze fight against Lukas Kielbasinski from Poland, not the least. But Grigoryan dominated the whole match and added a wazari and yuko on the scoreboard.