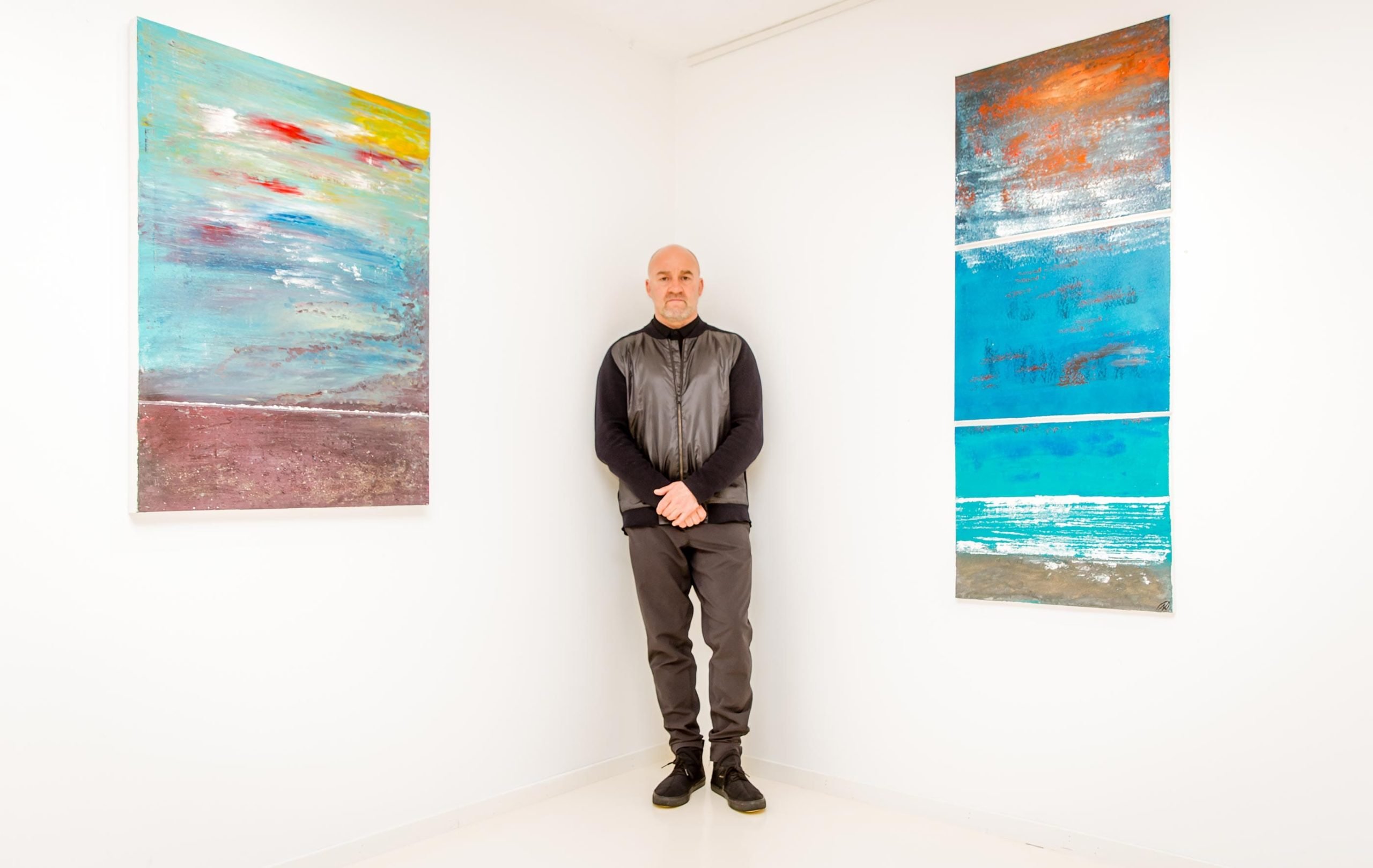 Over two decades ago, Neil Eckersley succeeded in the 1984 Los Angeles Olympic Games by bringing home a bronze medal. Now he is in attendance of the Beijing Winter Olympic Games 2022 as one of the seven former athletes who have been awarded a place on the Artist-in-Residence programme.

Originally from Salford, Manchester, he took solace in his sporting abilities as well as art whilst in school as he struggled in the education system with a learning disorder. A big influence for him was Neil Adams and seeing his success as an Olympian pushed him to find his own way in judo, and that was to his own Olympic medal.

Though he always had an interest in art, it was tragedy that allowed him to really connect with his painting and following the death of his brother, it was an emotional outlet. Now this particular talent has allowed him to find his way back to the Olympic ground and can be celebrated for his abilities off the tatami.

I am deeply honoured to be part of this amazing project, it feels as though I have another opportunity to represent my sport, my nation and fellow Olympians on the Olympic stage.

More about the Beijing Olympic Agora Programme can be found here as well as the works of Neil in Beijing.