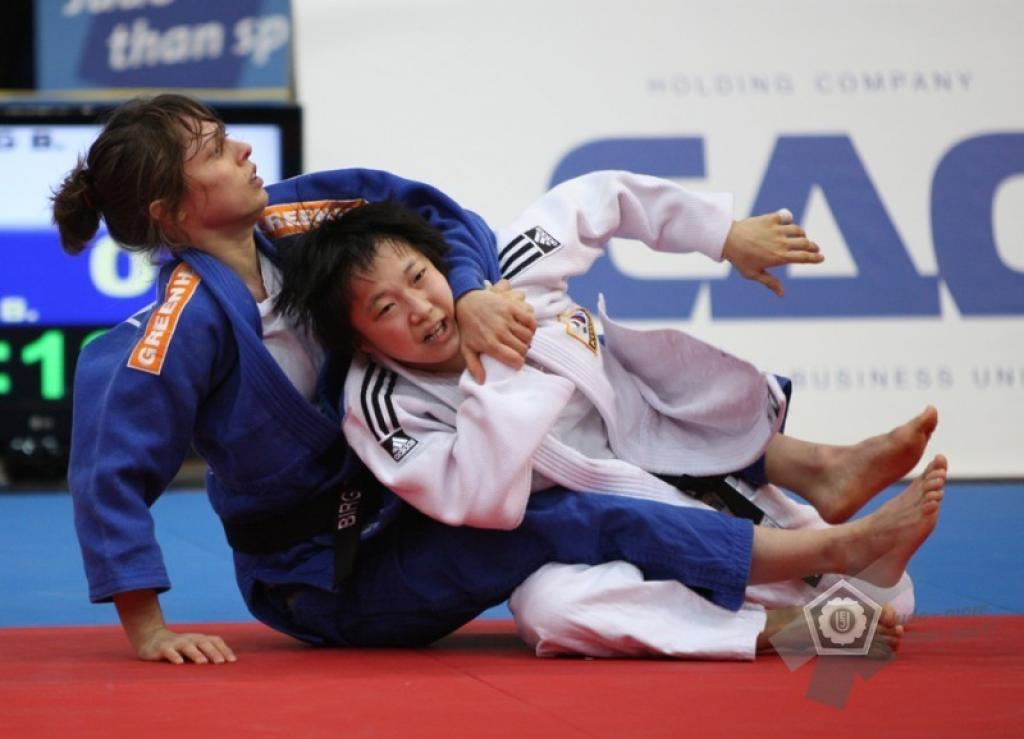 Three Asian winners in Budapest on the first day of the World Cup for women in Budapest. The Asian have a tradition in Hungary when it comes to capturing the gold. Since 2000 Asia won 42 titles, against 35 by Europe, today didn’t help Europe and lost three finals.

Dutch Birgit Ente was close to gold. She is struggling to get to the final 14 on the clean World Ranking list and this was her chance. She won previously against her rival Bo-Kyeong Jeong at the World Championships but the Korean took her revenge although it was close. The Korean benefit a moment Ente nearly counter attacked but the referees awarded the point to Jeong. Natalia Kondratieva (RUS) and Dayaris Mestre (CUB) won bronze.

Another judoka who’s on the edge to qualify via the World Ranking is German’s Miryam Roper who won the World Cup two weeks ago in Sofia and became fifth in Paris last week. Roper won a silver medal today, and comes closer and closer to qualifying in the U57kg division. The gold however was for Anzu Yamamoto of Japan. The double World Junior Champion who won her first ever World Cup.

Jaana Sundberg is with Johanna Ylinen (U63kg) the best female judoka in Finland. Today she won a silver medal U52kg, two weeks ago in Sofia bronze.
She comes closer to the top 14 of the world but still some points needed.
Sundberg lost to Yuki Hashimoto (JPN) who collected her second World Cup in Europe. Last year she won in Sofia.
Natalia Kuzyutina won bronze again, in Sofia she also won bronze but goes through a rough time but is still ranked safely in the top 10.