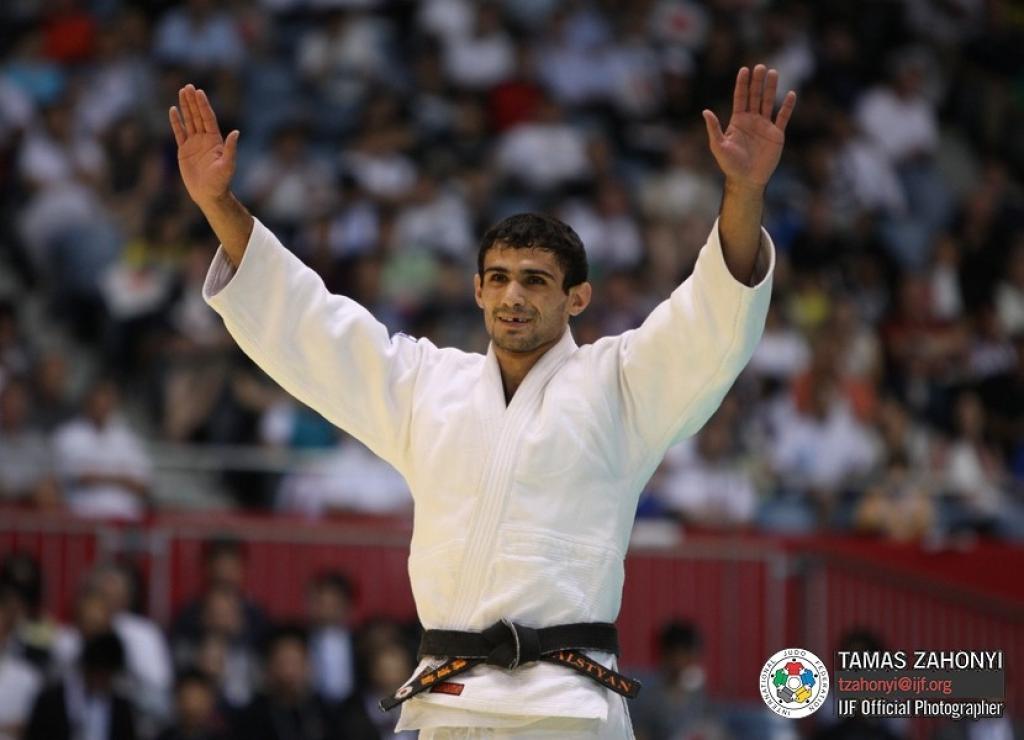 The first day of the IJF Masters in Almaty 2012 offered very spectacular fights with many ippons. The majority of the favourites won the gold medal, but some surprises occurred. Among them, a big one: the best judoka of the world, the Uzbek Rishod Sobirov was defeated in the final by Arsen Galstyan (RUS) who won silver last year in Baku’s IJF Masters.

The gold medallist of the World Master Almaty 2012, at women’s -48 kg. Category is Tomoko Fukumi (Japan). In a close final with two Japanese athletes, they tested each other to the maximum. In the end, the most experienced judoka, the former World Champion, Fukumi defeated Haruna Asami, the number one of the IJF World Ranking List.

In the first semifinal, after a very tight contest, the World Champion 2010 won by ippon against Elena Moretti of (Italy). In the second semifinal Fukumi beat against Sarah Menezes (Brazil).

The winner U60 kg became Russian judoka Arsen Galstyan. The final offered a big surprise as the number one on the IJF WRL Rishod Sobirov (Uzbekistan) was defeated by ippon Galstyan. Sobirov recently suffered a medical intervention and the recovery takes time.

Sobirov won by ippon i nthe semi final against young judoka Beslan Mudranov (Russia). Silver medallist at the 2009 World Championships, Hiroaki Hiraoka(Japan), the number 3 on the IJF WRL lost the fight against the number 6, Arsen Galstyan.

Wang Ki-Chun (KOR) was able to win the gold U73kg after defeating Riki Nakaya. The Japanese gave much energy in his semi final win against Hiroyuki Akimoto (JPN) by hantei.

A poor result for Europe with seven medals, but at the Olympics only one participant from each nations is allowed, which will be a disadvantage for some Asian nations.