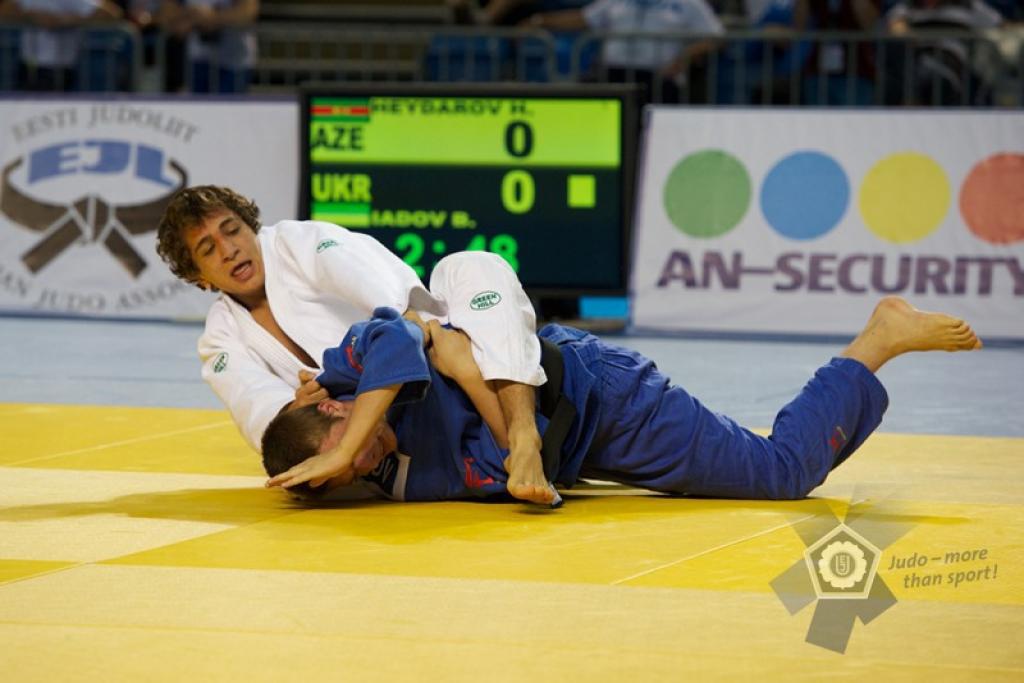 The curtain of the European U18 Championships will be lifted on Friday, July 4th at the Olympic Arena of Ano Liossia. Consisting of six categories, three for boys (-50kg, -55kg,-60kg) and an equal number of girls (-40kg, -44kg,-48kg). The Press Office of the Greek Federation offers a brief analysis of the first six categories, with the next few days analysis for the rest of the categories to follow.

Note that the analysis is based on the participation that existed in jumas up until June 29th, 2014.

-50kg (30 athletes)
Konstantin Simeonidis (RUS), with three 100s of points in as many events, he ranks first in the world ranking of the -50kg category. Simeonidis was first in the European Cup Cadets in Tver in early April, also in the first European Cup Cadets in Berlin in early May, whilst he also won his third gold medal a few days later at the European Cup Cadets in Teplice. Kyryl Samotug (UKR) is in fourth position in the world rankings among those athletes who theoretically have a strong chance of being among the medals. A position below him is Rustam Zabolotnyi (RUS), whilst the first eight positions are completed by Vano Khubashvili (GEO), Terum Nozadze (GEO) and Karamat Huseynov (AZE).

-55kg (31 athletes)
The outcome of this category is awaited with excitement since the two judoka who competed in the final of the World Championships in Miami in 2013 will be found again on the Athens’ tatami. These are Natig Gurbanli (AZE) who won the gold medal on American soil, leaving in second place Robizon Beglarashvili (GEO). Gurbanli, besides the gold medal in Miami, possesses also a bronze medal from the Europeans in Tallinn in 2013 (at -50kg), as does Beglarashvili, also in the category of -50kg. In No-1 world ranking stands Kazbek Achmizov (RUS) who was ranked first in the European Cup Cadets in Teplice and 3rd in the European Cup Cadets in Antalya, whilst fifth in classification is Manuel Lombardo (ITA). Distinguished are also the entries of: Jorre Verstraeten (BEL, world 3rd in 2013 in Miami at -50kg), Elnur Abbasov (AZE, 3rd in the 2012 at -50kg), Enes Celik (TUR, 7th 2013 at -50kg).

-60kg (39 athletes)
Open to any prediction is the -60 kg category, since in relation to the organization of 2013 there was just one athlete on the podium in the respective category. This is Neil MacDonald (GBR) who was third in the -60kg category last year in Tallinn, whilst the same athlete holds the 4th place in the global ranking.
Among the judoka who’ve been to a European Cadet Championship and medalled is also Rufat Tagizada (AZE) who was third in Tallinn albeit in the -55kg category. Among the remaining entries Shani Ofek (ISR, is 6th in the world rankings), Murad Heydrli (AZE, 7th in the world rankings), Bilal Ciloglu (TUR, 8th in the world rankings) stand out.

-40kg (12 athletes)
This is among the most finely balanced categories, since there is no really big favourite. Involved are the No.-2 in the world ranking, Justine Deleuil (FRA), and also No-4 and No-5, Aida Bikbova (RUS) and Lois Petit (BEL) respectively.
Among the top seven rankings in the final event of Tallinn (2013) are Yayla Rumeysa (TUR) who was fifth and Marija Ivkovic (SRB) who achieved 7th place.

-44kg (21 athletes)
Involved here are two European champions, but they both come from the-40kg category. These are Leyla Aliyeva (AZE) who was first in 2013 in Tallinn (second in the world championship in Miami in 2013) and Amber Gersjes (NED) who won the gold medal in 2012 in the town of Bar, still in the -40kg category. The latter, however, was found on the third step of the podium of winners at-44kg in Tallinn last year, while holding the third position in the world rankings with 180 points. Third in Tallinn at -44kg (and third in the world rankings) was Melisa Cakmakli (TUR, seventh in 2013 in Miami -44kg category), while among the top five of last year’s event in this category was the “silver” world champion in 2013 in Miami, Kincso Mihalovits (HUN). The No-1 global rank is held by Michela Fiorini ITA who excelled this year in the European Cup in Zagreb and Teplice, whilst at No. 6 in the world is the Iuliia Ogarkova (RUS) with 122 points. Also noteworthy are the entries of Aniek Norder (NED, third in 2013 at -44kg, 5th in 2013 at -40kg in Miami) and Ana Rotari (MDA, 7th in 2013 at -40kg).