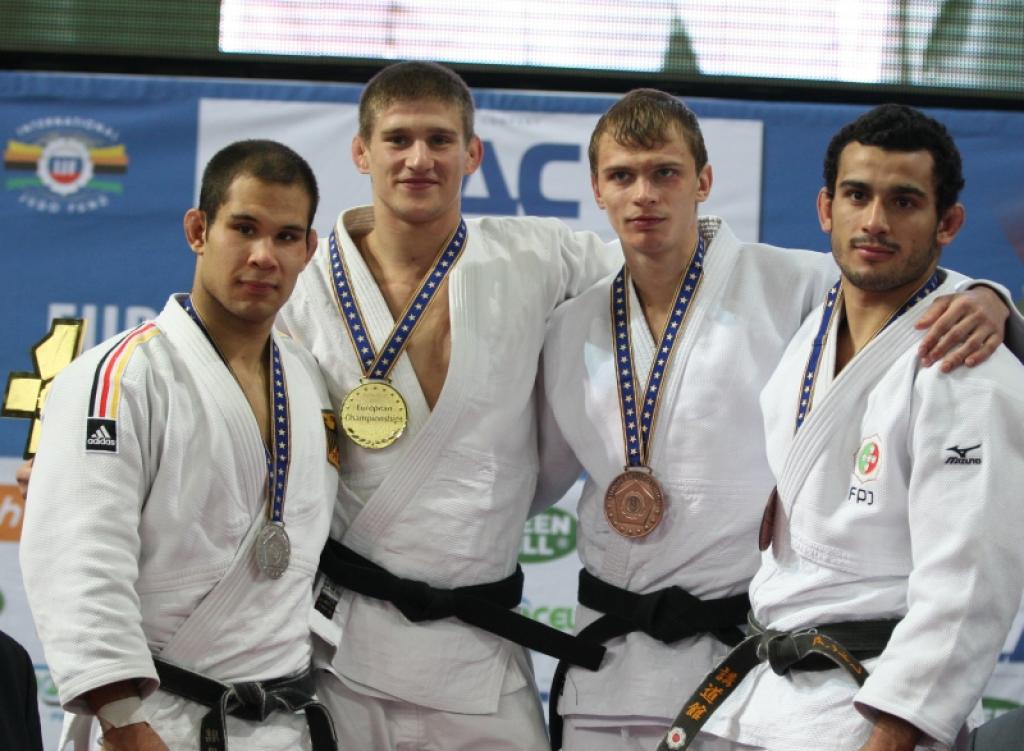 What a line up for the final for men U73kg in Sarajevo. Hungarian Attila Ungvari and Soshin Katsumi from Germany excelled today and have an attractive style. Ungvari, the taller judoka was already successful in the senior category winning silver at the Grand Slam of Rio de Janeiro in May. Three weeks ago he added the Hungarian senior title to his list of honour.
The 22-year old judoka faced the German senior Champion in Katsumi. He’s in a good form winning bronze at the European Cup in Boras. In the final Ungvari was extremely dangerous with his tall legs trying to score via uchi-mata, but Katsumi is fast but couldn’t prevent Ungvari to score a yuko after two minutes. On the ground Ungvari made the difference with an armlock.
Last year he lost the final Ugo Legrand, but this edition Ungvari took the title.
Attila now won four medals at ‘youth’ European Championships, his brother Miklos was already in five senior European Championships finals, but never won a youth title like Attila.

Ungvari won the 13th U23 European title for his country, but the first in this category. Only Russia collected more gold, 16.