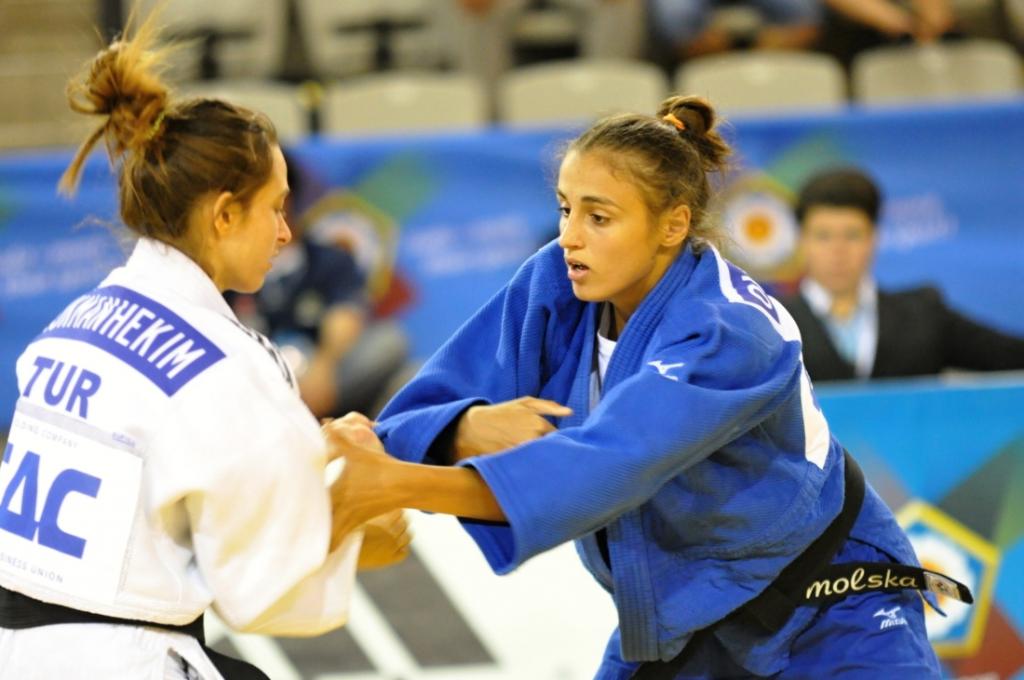 The second day of the Junior European Cup brought a lot of interesting matches and lovely judo.

In the first final match of the second day Incedayi of Turkey defeated Velema of Netherland by penalties in category -63kg.

Dimitrry Zuev weight only 77 kilograms, but he didn’t want to reduce the weight for the tournament in Prague. Despite fighting in one category higher he reached the final of the category -81kg displaying beautiful judo during every of his matches. His compatriot Lappinagov also easily reached the final winning all of fights before the time limit. Regretfully a slight injury Zuev suffered in preliminaries did not allow him to fight in the final. Lappinagov therefore won the second gold for Russia at the European Cup in Prague.

In category – 70 kg final match, Barbara Matic of Croatia proved her qualities by throwing Schellekens of Netherland for ippon with a nice uchi-mata. She is favourite for taking gold medal at the upcoming European Championships where she will have big support as Croatia is host country of the Championships.

One month ago the brightest talent of Hungarian judo Kisztian Toth won the senior European Cup in Prague defeating 3 Olympians including former European Champion Nyman of Sweden. However he did not win the junior European Cup this time. In preliminaries of -90 kg he lost to Khalmurzaev of Russia who scored waza-ari against Toth with a counter technique and despite being penalized twice Khalmurzaev managed to control the match and achieved a valuable victory.

Khalmurzaev also won the final match against Korrel of Netherland by penalties.

In -78 kg final Turchyn scored waza-ari with a counter-technique against Stevenson of Netherland. Stevenson launched several good attacks after that and Turchin was penalized twice. However Turchyn finished the match with a superb o-uchi-gari.

Also in -100 kg the injury did not allow Khakurinov of Russia to fight against Ishimov. Ishimov of Russia therefore claimed the third title for Russia without fighting.

In the last girls +78 final Sutalo of Croatia fought Kara of Turkey. Sutalo scored waza-ari but was penalized three times so the match went to the golden score. In the golden score Kara threw Sutalo for ippon with uki-otoshi.

A beautiful finish of the tournament was done by Krivobokov of Russia who threw Dibrin of Ukraine in +100 for ippon with a very nice harai goshi. 4th gold for Russia.

EJU training camp in Nymburk stars tomorrow and will be attended by 300 young athletes.

Results you can find at link below:
https://www.eju.net/results/?mode=showResult&id=1276

All photos are available in our media gallery:
https://www.eju.net/media/?mode=showEvent&id=1276