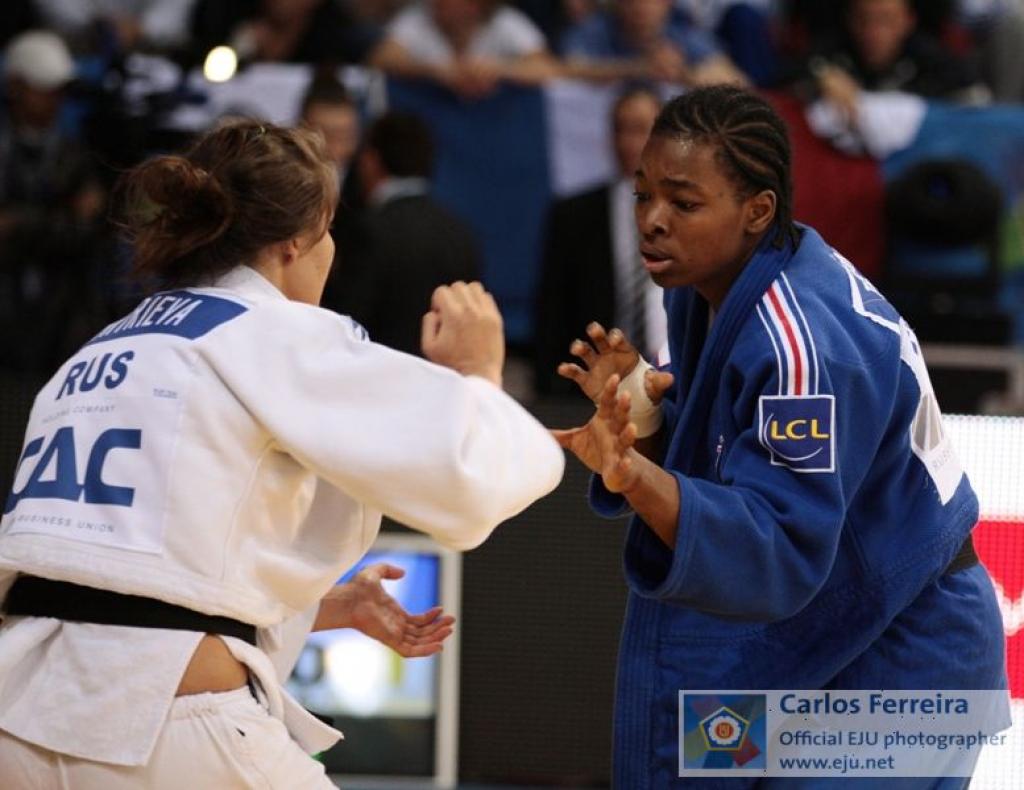 In the final U78kg two French had the privilige to enjoy an all French final for the first time. It was again Audrey Tcheumeo who decided the match in her advance and won her first European medal. A gold medal while making her debute. New possibilities now the EJU follows the IJF in their decission to allow two athletes from the same country. Also it shows how strong France is in this category. Although at European Championships France not always took the title. It was four years ago that Stephanie Possamai won the title. In between France, Germany, Spain and Hungary won the title. Reiging European Champion Abigel Joo (HUN) was not able to continue her success. She lost in the semi final against Louette and lost her bronze medal bout against Ana Velensek (SLO). Velensek was defeated in the semi final by Tcheumeo who was today’s strongest.
In the final she could however not make a clear difference and won by a penalty for Louette. The 21-year old Tcheumeo tactically fought her match and defeated her 5-year older compatriot. Louette improved last’s years bronze medal but knows her current position for the single spot at the Olympic Games.
The second bronze medal was for Germany’s Louise Malzahn after beating Anastasia Matrosova (UKR).