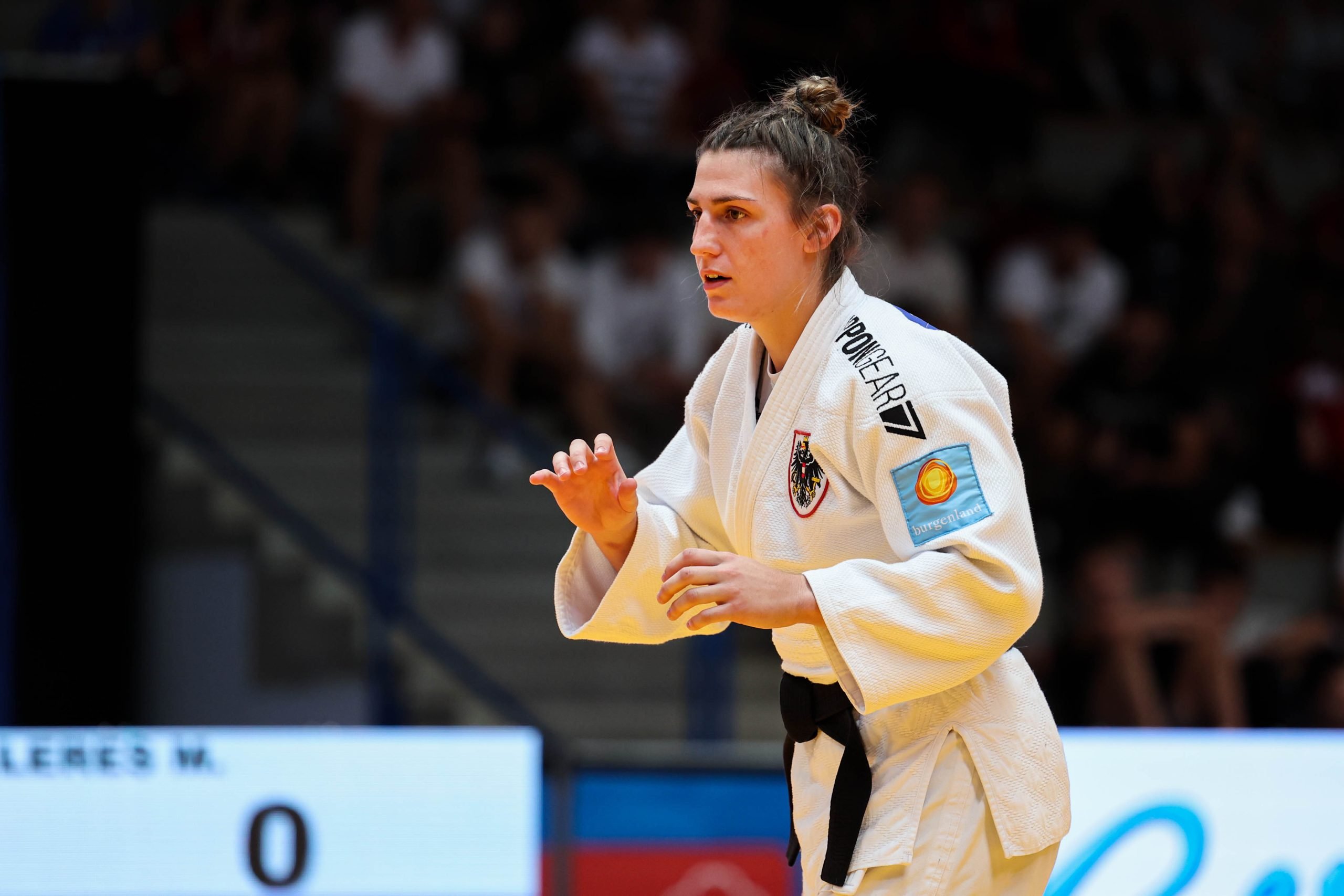 On the second day of the European Open in Oberwart, things were looking a little brighter for the home representatives, some early wins were taken from their Olympic medallists Michaela POLLERES (-70kg) and Shamil BORCHASHVILI, who fought in the weight category above this weekend as opposed to the -81kg we recognise him in.

The crowds were mainly looking and cheering for the Austrian team, but for many more in the tribune, there was the allure of a red and a gold back patch. Current +78kg world champion, ASAHINA Sarah (JPN) took on Romane DICKO (FRA) in the semi final today with the Asahina coming out on top. Tokyo Olympic champion, Lasha BEKAURI (GEO) made his competition debut following his title win and went head to head in the quarters with GOZ Roland (HUN) who he faced in both the junior European and world finals.

Bekauri defeated Shamil Borchashvili only to end up against Wachid BORCHASHVILI (AUT) in the final. Polleres also found her way in to a gold medal contest against current European champion and 2019 world champion, Marie Eve GAHIE (FRA) so the crowd will have plenty to stick around for. In the other finals we will see;