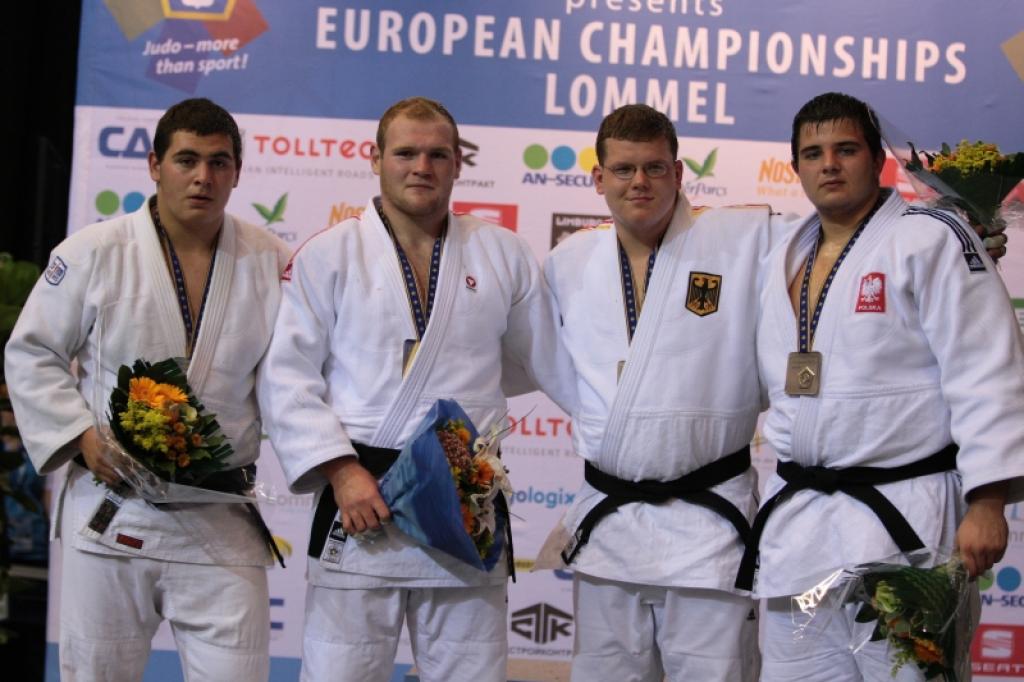 Austria took its second gold medal at the European Junior Championships in Lommel. In the men’s heavyweight category Daniel Allerstorfer took gold in an exciting final against Levani Matiashvili of Georgia. After an attractive start both fighters kept eachother in balance but Allerstorfer won by yuko after two shido for Matiashvili.
Either Austria or Georgia could win its second European title. For Austria it was a long time ago to have such successful championships. On Saturday Bernadette Graf took the gold medal U70kg. It was eleven years ago that Austria could celebrate a European Champion and suddenly Allerstorfer added a second. In 1998 Claudia Heill and Sabrina Filzmoser both won the European Junior title. For 18-year old Allerstorfer it was a relief to win gold in Lommel, he lost three European Cup finals this season: Lignano, Leibnitz and Paks.

Damian Nasiadko (POL) who had won three European Cups won the bronze today by defeating Mykyta Dibrin (UKR) who had lost to Allerstorfer in the semi final.

Austria took the fourth position in the medal tally that was won by Russia with three gold medals and 10 medals in total. Turkey performed well with two gold medals for the women, silver and bronze. The Ukraine won gold in the men and women’s division.

Next year the European U20 Championships will take place in Porec, Croatia.