Awards at opening of the U23 European Championships 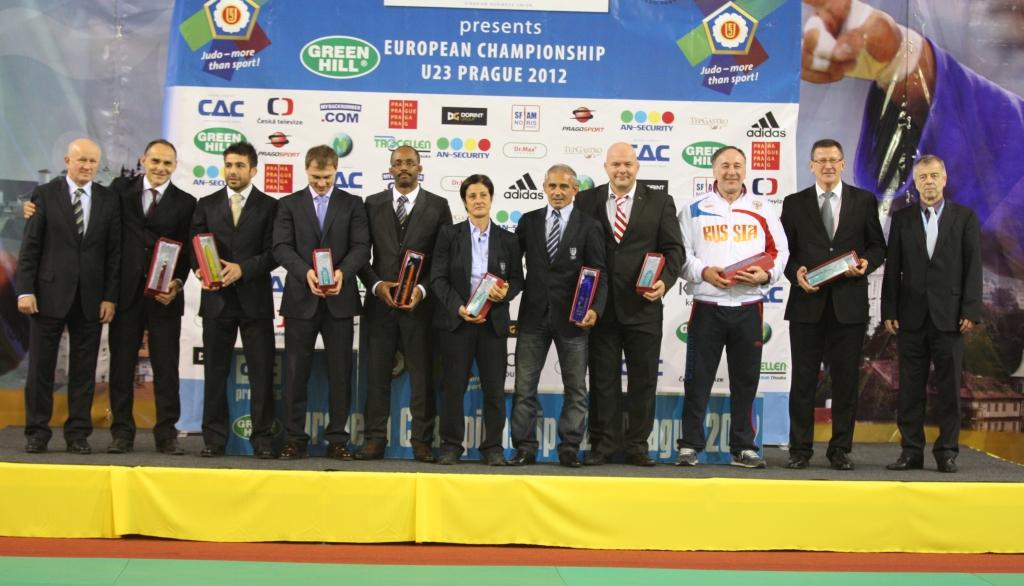 In advance of the final block the opening ceremony was held where the former Czech medallists of the European U23 Championships have a clinic to many young judoka. After the ceremony EJU President Sergey Soloveychik awarded the Czech Judo President Jiri Dolejs for his organisation of the event and kind hosting.

In advance of the medal ceremony former EJU Referee commissioner Annie Witvoet (BEL) was awarded for her 18-years of service for the EJU Refereeing Commission between 1992 and 2010. EJU President Sergey Soloveychik and EJU Referee Director Jan Snijders awarded her for her contribution for keeping the rules and development of refereeing.

Watch their performances:
Marko Spittka (GER) was bronze medallist at the 1996 Olympic Games in Atlanta, vice world champion in 1997 and Euro Champion in 1992.

Bashir Varaev (RUS) was 3rd at the 1988 Olympic Games in Seoul, triple World medallist and four times European Champion from 1987-1990