Awards for top athletes at EJU Gala in Budapest 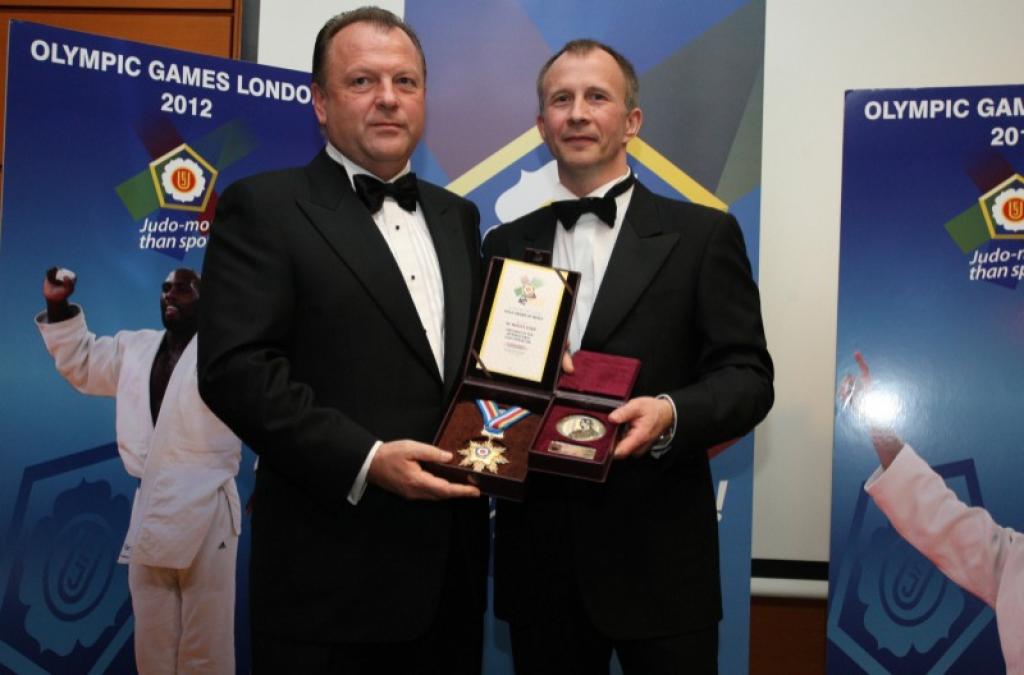 EJU awards of 2012 given out in Budapest

Teddy Riner and Lucie Decosse have been awarded on Saturday evening at the European Judo Union Gala in Budapest on the occasion of the European Championships. Both judoka who won the Olympic title last year received the silver order of Merit of the EJU for their performances in 2012.

Teddy Riner was elected as best European judoka of 2012, Lucie Decosse the best woman of 2012.

Alina Dumitru was awarded as judo personality of 2012. The EJU elected the European Championships in Chelyabinsk as best event of the year. The Czech Judo Federation was the best organizer during the European U23 Championships.

IJF President Marius Vizer was given the gold order of merit by EJU President Sergey Soloveychik.